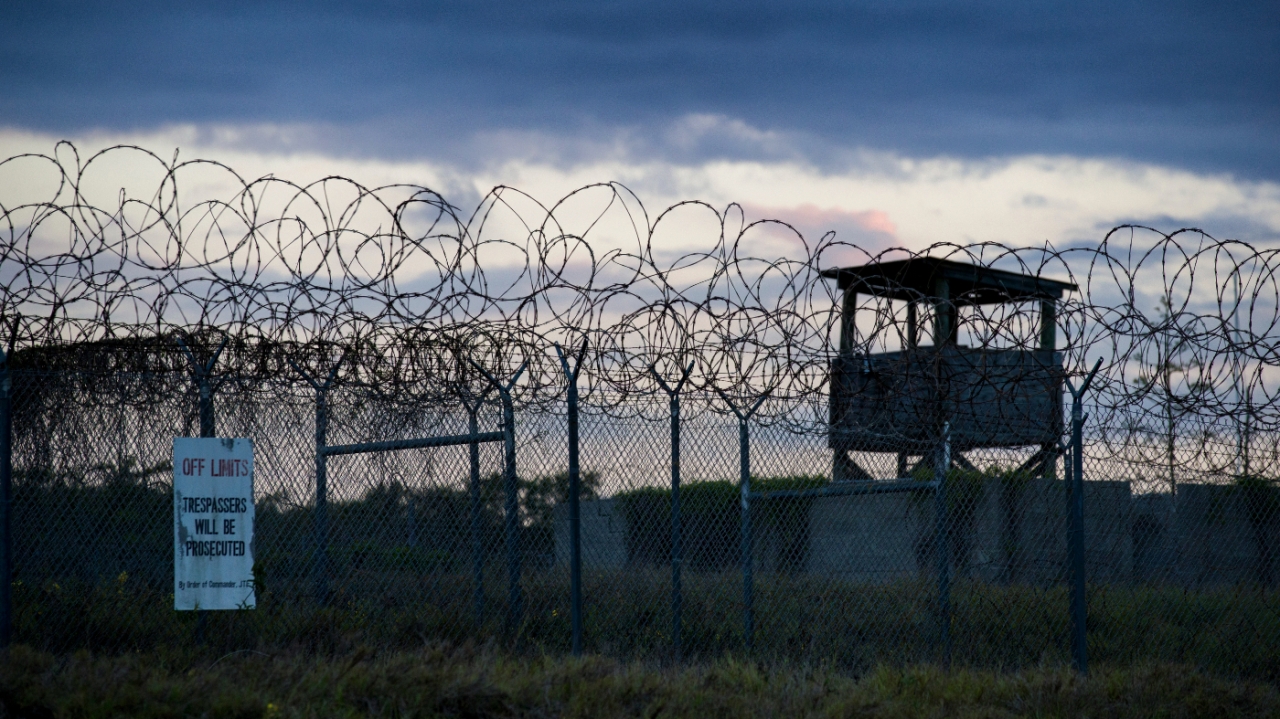 Democrats are reviving their efforts to shutter the Guantánamo Bay detention facility, but the push faces an uphill battle in the Senate, where Republicans are already writing it off as doomed.

In the past month, House Democrats have advanced legislation seeking to close the facility in Cuba as part of a larger annual defense spending bill leaders are expected to bring to a vote in the full chamber, where the party holds narrow control, in the coming weeks.&nbsp;

But in the Senate, where Democrats will need GOP support to pass the defense funding bill, the move faces a wall of opposition from Republicans.

“I&#8217;m sure it&#8217;s not going to happen,” Sen. James Inhofe (Okla.), the top Republican on the Senate Armed Services Committee, told The Hill, adding “no rational person’s going to support that. It’s an absolutely vital institution.”

“They have such slim majorities right now. It&#8217;s difficult for them to do anything … So, getting something that controversial done is just, as a practical matter, not going to happen,” Rogers said.

Democrats behind the push, however, say they see it as one worth the fight, despite the staunch opposition from Republicans, as well as some Democrats.

“I&#8217;m gonna work hard in conference committee,” Rep. Betty McCollum (D-Minn.), chairwoman of the House Appropriations subcommittee on Defense, said on the matter. “It&#8217;s not a good use of taxpayers’ money, and if we need more money for defense, it should go to things that are going to make a difference in our national security.”

McCollum’s comments echo criticisms that have long been leveled against a facility that has reportedly cost taxpayers&nbsp;hundreds of millions&nbsp;since its opening two decades ago and has been the source of troubling&nbsp;accounts of torture&nbsp;and accusations of judicial violations.

But, while both Republican and Democratic presidents have pushed for its closure in the past, finding a bipartisan agreement on a path forward on the issue has remained elusive to Congress.&nbsp;

“I would vote for anything to close Guantánamo Bay,” Leahy added, though he noted, “You have to have the votes, and we&#8217;ve tried before and they haven&#8217;t been able to get it.”

And on the other side of the aisle, a number of Republicans have pointed to long-held fears surrounding the facility and what would happen if it were to be emptied out.

“Too many folks are afraid of the rights that would attach to those people when they get into this country and they got into our legal system, and that&#8217;s the main reason, I think, that they would keep them there,” Rogers said.

Rep. Kay Granger (Texas), top Republican on the House Appropriations Committee, said, “These detainees are the worst of the worst, and we need assurance that they will never be moved to the United States.”

But advocates have pushed back on such comments.

“The thing to keep in mind about all the rhetoric right now is that it has absolutely nothing to do with the specifics of the men who are actually held there right now,” said Shayana Kadidal, senior managing attorney at the Center for Constitutional Rights, which has represented Guantánamo detainees.

“We have had years and years to think about who was worthy of being charged, and that set has not changed at all since about 2012,” Kadidal said, adding that, this month, “the average age at Gitmo is going to tick over 50 for the men who are left.”

Figures gathered by the American Civil Liberties Union show that nearly 800 people have been detained at the prison since former President George W. Bush opened it in 2002, months after the 9/11 terror attacks.

And since then, more than 700 inmates have been released, including over 500 under the Bush administration and about 200 under former Obama.

There are three dozen detainees being held in Guantánamo Bay, a National Security Council (NSC) spokesperson told The Hill.

“Admittedly, they are the hardest cases, which no previous administration has been able to resolve in the last 20 years,” the NSC spokesperson said.&nbsp;

The Biden administration has been working to decrease the number of detainees held in the facility. But Kadidal expressed concern about the pace at which it is moving.

The administration transferred its first detainee from Guantánamo in July 2021, moving Abdul Latif Nasir to Morocco. Since then, the administration has transferred two more: Mohammad Mani Ahmad al-Qahtani to Saudi Arabia on March 7 and Sufiyan Barhoumi to Algeria on April 2.

Most recently, the Department of Defense announced on June 24 that it transferred Asadullah Haroon al-Afghani, also known as “Gul,” from Guantánamo to his home country of Afghanistan.

Gul, who arrived at Gitmo in 2007, was accused of&nbsp;being a commander&nbsp;for the Hezb e Islami Gulbuddin (HIG), a militant group that organized attacks on coalition forces in Afghanistan. He was also accused of being a courier for al Qaeda military commander Abd al-Hadi al-Iraqi,&nbsp;which he denies.&nbsp;

“The Biden administration remains dedicated to a deliberate and thorough process focused on responsibly reducing the detainee population and ultimately closing the Guantánamo facility,” the NSC spokesperson said.

“We have reviewed the status of everyone who is eligible for [a Periodic Review Board] and are actively working to transfer everyone deemed eligible for transfer,” the spokesperson added.&nbsp;

But although more Democrats have pushed for the facility’s closure over the years, not all members of the party in the current Congress are on board with the idea.

The $761 billion defense funding bill advanced recently by the House Appropriations Committee explicitly prohibits funds from being used to operate the facility after Sept. 30, 2023. But, at a mark-up session on the bill last month, two Democrats joined Republicans in voting in favor of an amendment offered by Rep. Mario Diaz-Balart (R-Fla.) to revoke that provision, ultimately failing in a largely party-line vote.

Legislation currently advanced by the House and Senate Armed Services committees in mid-June has also sent mixed signals on the fate of Guantánamo Bay.

The House Armed Services Committee’s version of the National Defense Authorization Act, which passed on June 23, limits the Pentagon’s ability to transfer detainees to Libya, Somalia, Syria, Yemen and Afghanistan. But it doesn’t explicitly prohibit the administration from closing the facility, a departure from past precedent.

Meanwhile, the Senate Armed Services Committee’s version of the legislation, which passed a week prior, extends long-standing restrictions related to Guantánamo Bay through Dec. 31, 2023. This includes the bans on transferring detainees to the U.S and constructing facilities in the U.S. to house detainees.

The Senate legislation also extends through fiscal 2023 the ban on the U.S. closing the facility outright or relinquishing control over it.

Though Senate Armed Services Committee Chairman Jack Reed (D-R.I.) said in a recent interview that there are “many, many reasons” the facility should be closed, he acknowledged the issue has “been a contentious” one.

“I think trying is useful,” Reed said of the effort being led in the House, though he noted “it&#8217;s gonna face lots of” opposition.