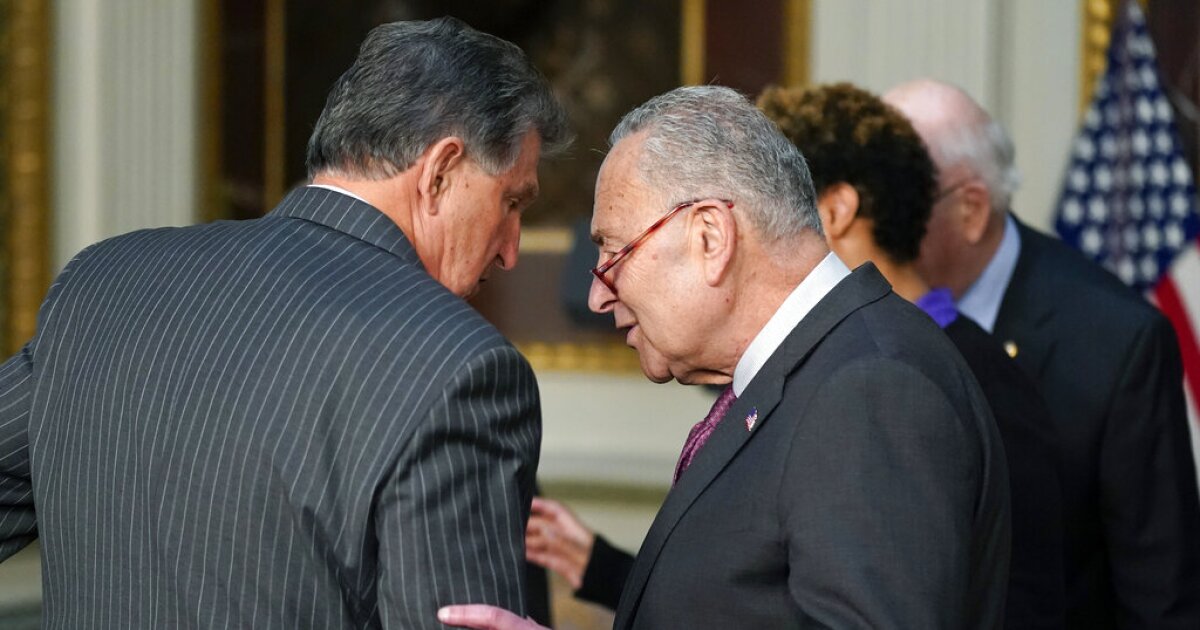 Democrats were hopeful that a flurry of legislative victories notched 100 days out from the midterm elections would stabilize President Joe Biden’s political standing and boost the party’s dire 2022 prospects.

Democrats have been down in the dumps about an impending Republican electoral wave driven by Biden’s tanking job approval ratings, record-high inflation, and the onset of a recession. But after a week of unexpected legislative movement, and what some political observers believe was an unforced error by Senate Republicans when they blocked passage of the veterans aid bill, even the most dejected Democratic operatives were freshly optimistic about the fall campaign.

“A win is a win,” said Democratic strategist Dane Strother. He conceded it was too early to tell how much Biden and congressional Democrats would benefit from these latest developments in Washington. But at the very least, Strother predicted Senate Minority Leader Mitch McConnell’s (R-KY) decision to delay the passage of the veterans aid bill would haunt Republicans.

“The fact that Mitch McConnell gave us fodder when they voted against veterans? He doesn’t often make mistakes, and he just did,” Strother said. “I can guarantee you: Voting against veterans will be in my TV ads.”

Senate Republicans reject the Democrats’ characterization of their temporary blockade of the veterans aid bill, saying they simply wanted to force floor consideration of an amendment proposed by Sen. Pat Toomey (R-PA). A vote on the measure is now tentatively scheduled for Monday.

“The Senate should have been able to clear bipartisan legislation to expand [Veterans Administration] health benefits for millions of men and women who have served bravely in our armed forces,” McConnell said Thursday in a statement, countering criticism that he was holding veterans hostage to punish Democrats for moving forward with reconciliation. “But even on legislation this major and this costly, [Schumer] tried to block the Senate from any semblance of a fair amendment process.”

Like Strother, a House Democratic aide was upbeat after what seemed like the party’s first legislative winning streak in several months. Like Strother, however, this congressional operative was careful not to assume one week of accomplishments would reverse Biden’s slide and preserve Democratic majorities in Congress on Nov. 8.

“We’re changing the narrative — not about Biden’s performance in the current moment, but about what we’re delivering versus what Republicans want to do,” the House Democratic aide said. “This legislation finally lets us have that conversation.”

As lawmakers prepared to depart Washington for an extended summer recess (the House Friday, the Senate next week), Republicans were exuding as much confidence as ever that big gains in both chambers would practically be a fait accompli.

Public opinion polls show voters are most concerned about the skyrocketing cost of gasoline and groceries, with anxiety about the overall state of the economy growing. Addressing rising crime also is a priority. Unless voters see relief on those fronts and give Biden and the Democrats credit, Republicans say no amount of legislation, however substantive and potentially effective, is likely to alter the political conditions that portend a shellacking for the party in power in the White House.

“Biden was in free fall before this week. Several good news stories will stop that, at least temporarily,” Republican pollster Frank Luntz said. “But inflation will still be here. People will still have trouble affording food and fuel. And that’s what really matters to voters as we enter the midterms.”

“Tax hikes and spending sprees will not help Democrats — they just encapsulate the problem of one-party government,” added Brad Todd, a GOP media strategist. “Independent voters want to slow down the Biden agenda, not speed up passage.”

That gets to another key aspect of why Republicans seemed wholly unconcerned about the Democrats’ week of legislative momentum — and the blowback they experienced for holding up the veterans aid bill and suggesting there might not be enough GOP votes in the Senate to send a popular House-passed bill legalizing same-sex marriage to Biden’s desk.

Republicans say the $433 billion reconciliation bill formerly known as Build Back Better, which Manchin now calls the Inflation Reduction Act, will prove unpopular with voters — and ineffective. They argue the legislation, unanimously opposed by the GOP, would pour more federal money into the economy, fueling yet more inflation, while taxing corporations just as many are considering layoffs in response to the recession, exacerbating the downturn.

The legislation, which can clear the Senate on a simple majority vote, would create a standard minimum 15% income tax on corporations, enable Medicare to negotiate prescription drug prices, close the carried-interest loophole treasured by Wall Street, spend taxpayer dollars on programs to mitigate climate change, and increase federal benefits obtained through Obamacare. Democrats claim the bill would reduce the deficit and lower inflation.

T.J. Rooney, a former chairman of the Pennsylvania Democratic Party, applauded the substance of the reconciliation deal negotiated by Manchin and Schumer. He did not rule out that the legislation might boost Democrats in Pennsylvania’s targeted Senate race, featuring Democratic nominee Lt. Gov. John Fetterman and Republican nominee Dr. Mehmet Oz, a famous television personality who recently moved into the state from New Jersey.

But Rooney cautioned that, ultimately, the national political environment would matter more than any one bill, even one as potentially far-reaching as this one — even if it proves far more popular than Republicans are projecting. “Until the right track/wrong track number changes, it’s all noise,” he said.