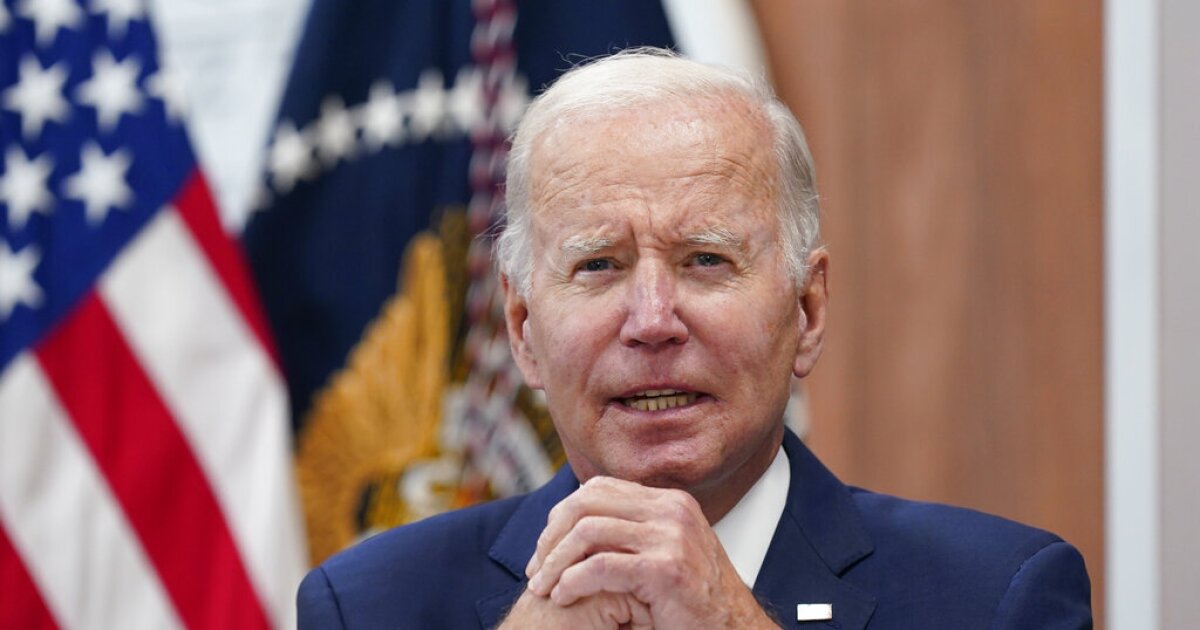 Democrats are hopeful that the latest version of their long-delayed spending bill can help them shift the focus away from President Joe Biden’s bad poll numbers and retain their narrow Senate majority.

Republicans and Democrats are engaged in a heated debate over the real-world impact of the Inflation Reduction Act. The midterm elections, and the Democrats’ majorities, hang in the balance.

According to the president and his allies, the agreement brokered by Sen. Joe Manchin (D-WV) and Senate Majority Leader Chuck Schumer (D-NY) will fight inflation while making much-needed investments in climate and energy security.

Republicans, on the other hand, have bristled at the deficit-focused tax increases in the plan, arguing that the corporate tax hikes will lead to raised costs for average consumers, effectively violating Biden’s pledge not to raise taxes on households earning less than $400,000 per year.

One GOP strategist called the bill “pure sleight of hand” and accused Democrats of selling out voters in order to land a “winning” midterm campaign message.

“Of course it helps,” that person told the Washington Examiner of the effect that the Manchin bill will have in November. “It’s probably the best case scenario for them at this point in the game. Hand the base a symbolic win on climate change and move the conversation away from how Biden’s reckless spending landed us in this economic mess in the first place.”

Republican tax-focused critiques of the reconciliation bill generally stem from an analysis conducted by the nonpartisan Congressional Joint Committee on Taxation. The White House and Democrats have countered that the JCT analysis does not factor in the tax credits for healthcare, clean energy, and prescription drug pricing savings included in the bill.

“The JCT report that we’re currently seeing is incomplete because it omits the actual benefits that Americans would receive when it comes to prescription drugs, when it comes to lowering energy costs like utility bills,” White House press secretary Karine Jean-Pierre told reporters during Monday’s press briefing.

“This is the same trickle-down economic argument Republicans have been making for decades, and the American people don’t buy it,” Ashley Schapitl, a spokeswoman for the Senate Finance Committee’s Democrats, added in a separate statement. “The analysis Republicans are pointing to is also incomplete,” she said. “It doesn’t include the benefits to middle-class families of making health insurance premiums and prescription drugs more affordable. The same goes for clean energy incentives for families.”

The Manchin bill does not directly include any individual tax increases, just the 15% minimum tax for corporations earning more than $1 billion. However, it could pass down some financial burden to people holding stock in the companies subject to the new corporate minimum taxes.

Senior Democratic officials and campaign strategists, however, told the Washington Examiner that this back-and-forth debate strengthens the Democrats’ position heading into November.

“All this shows is that Democrats are the only party bringing real solutions for helping low-income families and making the wealthiest pay their fair share in taxes,” one senior Democrat said. “Meanwhile, Republicans are using flawed math to make the same arguments they’ve been making for decades: investing in our future will cost normal Americans in the long run. It’s a flat-out lie.”

A second senior Democratic official added that the current debate illustrates how “Republicans consistently criticize our economic plans but fail to offer up any viable alternatives.”

“They’re attacking the Inflation Reduction Act rather than propping up the ridiculous proposal from [National Republican Senatorial Committee chairman Rick] Scott (R-FL) because that actually will raise taxes on average American families,” the official said. “You can expect us to make the differences abundantly clear over the next few months.”

A second GOP strategist offered a similar assessment of the situation.

“It’s significantly easier to blanket campaign against a failed president like Biden than get into the weeds on tax policy,” that person said. “Most voters won’t sit down and run through the numbers themselves, so the fact alone that this plan materialized, with Manchin’s sign-off nonetheless, will probably loom large in people’s minds heading into November.”

That strategist continues to believe that Republicans will reclaim both congressional majorities but simply concluded, “It’ll be a real race now.”

Polling indicates that Republicans will easily take back the House in November, but most forecasts view the Senate as a toss-up.