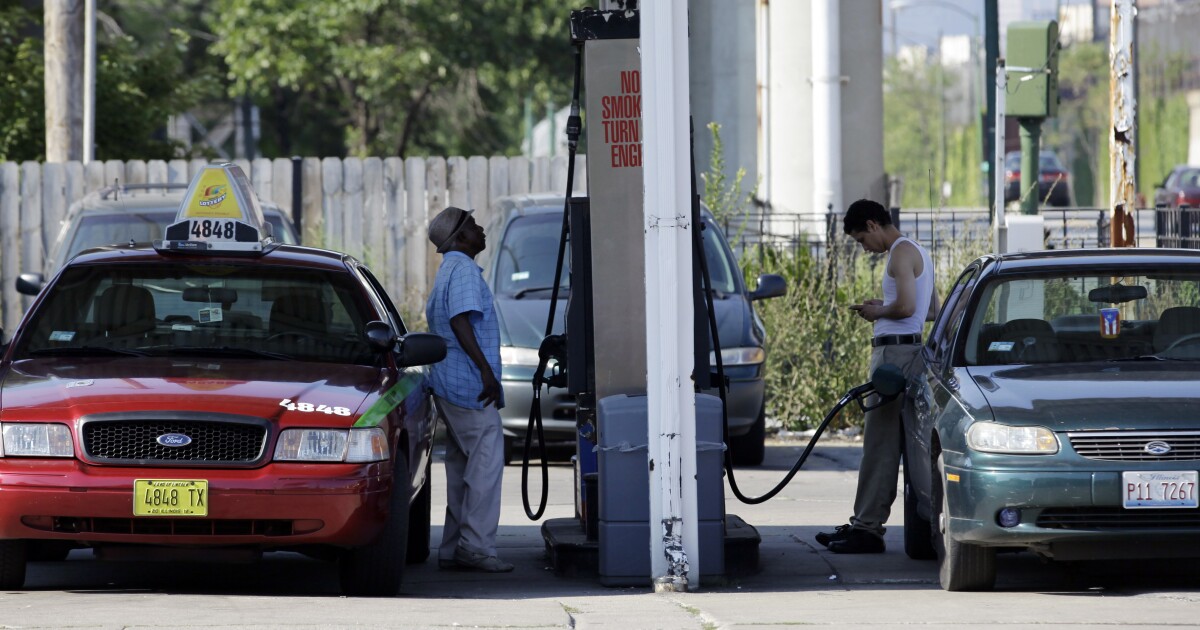 Top Democrats are hoping the recent drop in gas prices will help them save seats in the midterm elections, as Republicans continue to hit them on oil prices and inflation heading into November.

GOP lawmakers have made gas prices a central part of their messaging strategy, alleging the Biden administration’s actions and Democrats’ policies are responsible for gasoline having hit record highs, with the national average surpassing $5 in June. But with prices coming down by an average of 32 cents over the past two weeks, to $4.54 per gallon for regular grade, Democrats are looking to take credit for the drop as they head home for August recess to campaign.

GAS PRICES CONTINUE TO SLIDE ACROSS THE COUNTRY AS DEMAND, OIL PRICE DROP

Democrats have argued that the war in Ukraine and oil companies are responsible for the surge in costs at the pump.

The administration has touted its decision to tap into strategic petroleum reserves for the reduction in prices, with President Joe Biden taking to social media to share a graphic on the decrease in prices.

Vice President Kamala Harris echoed Biden’s comments on Twitter, arguing it is the “fastest” drop in more than a decade.

“Gas prices have now dropped 69 cents per gallon over the last six weeks. This drop in gas prices is the fastest in over a decade. We will continue to fight to lower costs for the American people,” she tweeted.

Gas prices have now dropped 69 cents per gallon over the last six weeks. This drop in gas prices is the fastest in over a decade. We will continue to fight to lower costs for the American people.

Democratic Congressional Campaign Committee Chairman Sean Patrick Maloney told the Washington Examiner he believes the modest change in prices, in conjunction with Republicans’ positions on an array of issues, creates a more favorable atmosphere for Democrats as election season heats up.

“I think it’s a combination this summer of overturning Roe v. Wade, doing nothing while kids are gunned down in their classrooms, and the truth about Jan. 6 revealed — that is undermining the lie that the MAGA Republican movement has been telling the American people what they really stand for — and gas coming down, it’s down 50 cents a gallon in the last month or so,” he said.

“All those things are creating a much stronger political environment for us, and we’ve seen that reflected in the polls — we like the direction it’s going.”

Rep. Eric Swalwell (D-CA) went as far as trying to get the hashtag #GasPricesAreSoLow trending on Twitter, a move that was met with pushback from GOP lawmakers and operatives who noted that gas prices averaged under $3.50 in 2021.

House Minority Whip Steve Scalise (R-LA) slammed Democrats’ rhetoric and accused them of failing to work across the aisle on a solution to bring prices down, arguing that reliance on foreign oil has resulted in a lack of energy independence and led to the uptick in costs.

“Earlier this week, Joe Biden sent some of his minions here to Congress trying to get House Democrats to go brag about how low gas prices are. Can you believe how out of touch Joe Biden is as president, that he’s trying to get Democrats in Congress to brag that gas prices are low? Everybody knows how high gas prices are and that they’re double what they were the days that he took office and started an assault on American energy,” he told reporters. “Now, if Nancy Pelosi wanted to work with us to solve the problem, there are a lot of offers we put on the table to lower gas prices.”

And National Republican Congressional Committee Chairman Tom Emmer argued that Democrats’ new messaging is misguided, adding he believes that voters are feeling the impact of the prices of gas and other goods skyrocketing over the past year.

“It was $2.33 when this guy [Biden] took office, so they can cheer all they want about 40 cents, 50 cents — it’s still going to be a grocery gas election, and I got news for them: They’re going to own this thing, and by the way, it may be a precursor to bigger problems that are coming, which I hope it isn’t. And they’re also trying to redefine recession apparently, which we’re in,” he told the Washington Examiner.