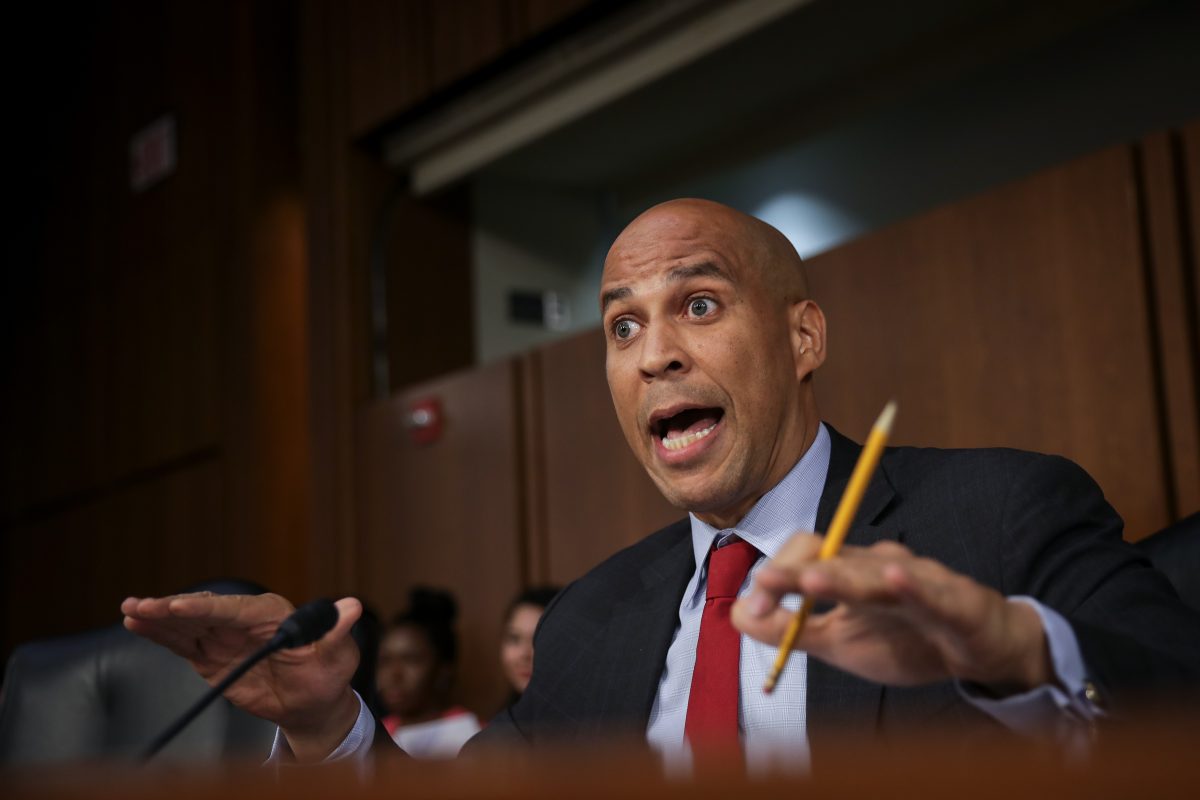 Led by Sen. Cory Booker (D-N.J.), Senate Democrats introduced a bill on Aug. 2 to limit the tenure of Supreme Court justices, who currently serve for life, to 18 years.

The proposed legislation comes as Democrats fume over recent decisions by the court that returned the regulation of abortion to the states, expanded gun rights, and curbed the government’s environmental regulatory powers. The legislation has little chance of passing with a polarized 50/50 Senate and congressional elections just three months away, but it is likely to resurface in the next Congress.

“The Supreme Court is facing a crisis of legitimacy,” Booker said in a press release.

“This crisis is the result of radical rulings that discard years of legal precedent and that are at odds with the views of the American people, ethical lapses, and the politicization of the Supreme Court confirmation process by Senate Republicans intent on using raw political power to transform the Court,” Booker said.

“The American people have lost confidence in our nation’s Highest Court and, in turn, our democracy. Fundamental changes are urgently needed to restore trust in the institution. Setting term limits would create predictability and lower the stakes of future confirmation proceedings, de-politicizing the Court.”

Although conservatives have welcomed the Supreme Court’s rightward turn, a Gallup poll last month reported that Americans’ confidence in the Supreme Court has hit an all-time low of 25 percent, down 11 points since 2021.

“Term limits will help restore credibility and trust to our nation’s highest court,” said Blumenthal. “Detached from the public and more politicized than ever, the Supreme Court will continue to face a crisis of legitimacy without fundamental reform.”

The legislation would impose a complex mechanism for regulating who serves on the high court.

According to a summary provided by Booker, a new justice would take the bench every two years and spend 18 years in active service. Appointments of new justices would only be allowed in the first and third years after a presidential election. Retired justices would temporarily fill in on the court if the number of justices falls below nine.

But conservative legal commentator Curt Levey, president of the Committee for Justice, said the bill—which he said applies to sitting justices—was “blatantly unconstitutional.”

Article 3, Section 1 of the Constitution, provides that “judges, both of the supreme and inferior courts, shall hold their offices during good behaviour.” The “good behaviour” provision has been interpreted to mean that federal judges, including Supreme Court justices, continue to serve unless they are impeached by the House of Representatives and convicted by the Senate of “treason, bribery, or other high crimes and misdemeanors.”

The senators sponsoring the bill show a “disregard, almost contempt, for the Constitution” by introducing a bill “they know is unconstitutional.”

Levey added he does not oppose term limits “but it would have to be done in a nonpartisan way, which pretty much means that it couldn’t apply to sitting justices, and probably shouldn’t apply to the rest of the presidential term.”

“I don’t think there is any reason why justices have to serve for life,” Levey said. The “knowledge that they would have to go back into the real world would probably make them better justices.”