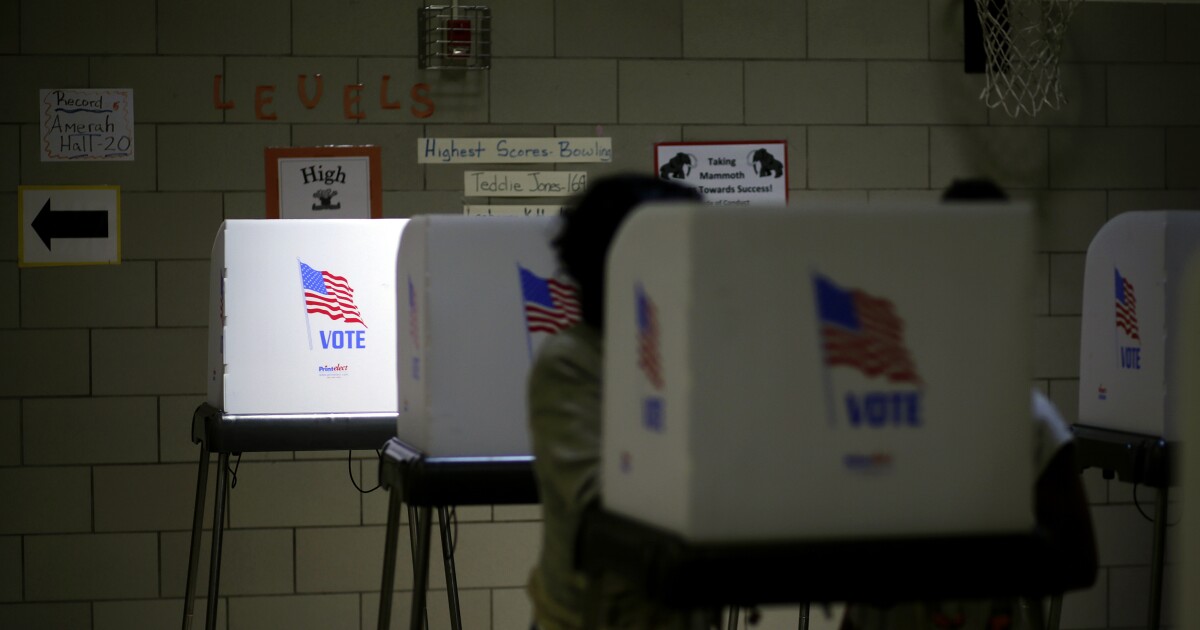 Democrats appear to be losing ground with one of their most crucial voting blocs, women, in the final weeks of the midterm elections, according to recent polling.

A Monmouth University poll out Thursday found women to be evenly split between Democrats and Republicans on the generic ballot, 38% to 38%, an 8-point decrease since August, when the poll found women preferred that Democrats over Republicans be in control of Congress, 46% to 29%.

The findings come as Republicans focus on rising inflation and economic concerns under President Joe Biden as their closing argument. The poll found the number of people who rate inflation as extremely important has increased from 37% in September to 46% this month.

This is the second poll this week that spells trouble for a critical constituency for Democrats in swing states and districts. A New York Times-Siena College poll released Monday found female independent voters favored Republicans by 18 points — a swing from the same poll conducted in September, when they favored Democrats by 14 points.

Overall, women were split 47% to 47% on whether they would support Democrats or Republicans on the generic ballot. Democrats had an 11-point advantage in the same poll last month.

Democrats have been banking on high turnout among female voters in the wake of the Supreme Court’s decision to overturn Roe v. Wade this summer. However, the latest poll shows the economy has surpassed abortion as a top concern among likely voters.