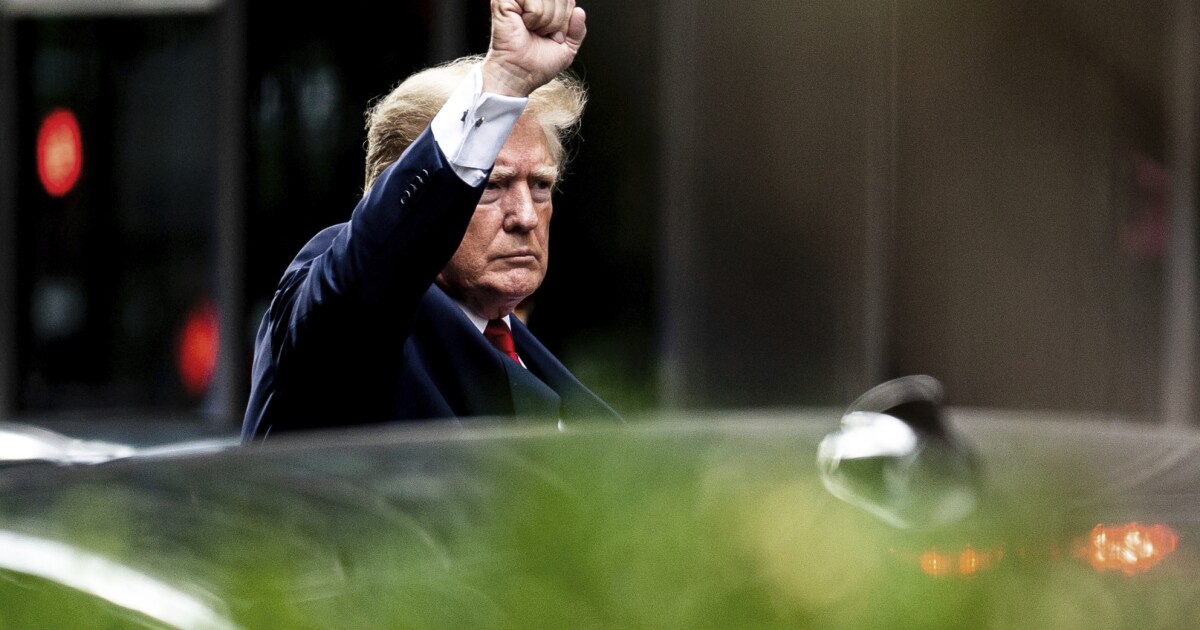 Former President Donald Trump is back in a familiar place: at the center of attention less than 100 days out from the midterm elections.

Democrats have been trying to put Trump on the midterm ballot all year long, fearing November could become a referendum on President Joe Biden, who, even after a bounce, is still stuck between the high 30s and low 40s in job approval rating. The White House itself has led the charge in casting down-ballot Republicans as “ultra MAGA,” a Trump-centric label that was the product of a six-month study by Democratic operatives led by a top Biden aide.

But the FBI raid on Trump’s Mar-a-Lago home has rallied Republicans behind the former president once again after some of that attention had been diverted to Florida Gov. Ron DeSantis. And Trump has left a mark on the party’s candidates this year with frequent primary endorsements that have, in a number of cases, swung the outcome, all while teasing another run himself in 2024.

INFLATION COULD COST BIDEN AND THE DEMOCRATS DEARLY

The big question is whether Trump helps Republicans or aids the Democrats’ attempts to make this a binary choice between two relatively unpopular political figures rather than a referendum on Biden.

“Well, ideally, you would have an energized base that is focused on Joe Biden’s failures,” said Republican strategist John Feehery. “But the real issue in this campaign is about a political establishment that is out to screw the working class, and this FBI raid furthers that narrative nicely. What a boneheaded move by this administration.”

Some Republicans are more worried. “I think that the more this legal stuff engulfs Trump, the bigger a disaster it is for the Republican Party and any candidate running as a Republican,” said a veteran GOP operative in Washington, D.C. “The fact that our leadership doesn’t get what a cancer he is with independent voters is mind-boggling.”

Democrats can road-test their 2024 campaign themes against Trump in other races this year. This strategy failed spectacularly in the Virginia governor’s race last year. But between the reversal of Roe v. Wade and a summer of legislative progress after months of inaction, it’s possible the GOP position has eroded somewhat since then.

While some Democrats talk about disqualifying Trump from the 2024 ballot based on the Jan. 6 Capitol riot or various legal issues, the party has invested heavily in promoting Trump-like candidates — many endorsed by the former president himself — in Republican primaries. Biden himself has publicly longed for a rematch with Trump, with some Democrats saying he is more likely to seek reelection in 2024 if that is the matchup.

“In the next election, I’d be very fortunate if I had that same man running against me,” Biden said at the NATO meeting in Brussels earlier this year. This seats uneasily alongside rhetoric from the White House and Democrats that Trump represents a unique threat to democracy.

At the same time, Trump won the 2016 election. He came close to winning again, as the margins were much closer in the three battleground states that decided the Electoral College majority than nationally. Trump edges Biden in the RealClearPolitics polling average in a repeat of the last presidential election. Trump has just this week managed to turn a potential criminal investigation against him into at least a short-term political win.

The more immediate issue is Trump’s impact on the midterm elections. He has flirted with announcing his third presidential campaign this year, before voters go to the polls. He will be talked about either way.

Several Trump-endorsed candidates in key Senate races, such as Mehmet Oz in Pennsylvania and Herschel Walker in Georgia, are not faring well. Senate Minority Leader Mitch McConnell (R-KY), Trump’s most influential intraparty rival, has worried about throwing away winnable races for control of the currently 50-50 Senate.

Republicans failed to win back the Senate in 2010, former President Barack Obama’s first midterm election, despite gaining 63 seats in the House.

But if candidates like J.D. Vance in Ohio and Blake Masters in Arizona win, it should reshape the Senate GOP conference in a more populist and nationalist direction. That would be a different kind of majority — if Republicans can win one.

“The Trump base is not enough to get him into the presidency or pull any of our candidates running in tough districts over the top. Period,” said the D.C. Republican operative. “And independent voters, especially suburban women, despise him. The party did a great job pulling them back into the fold. And now, they’re about to throw that all away.”