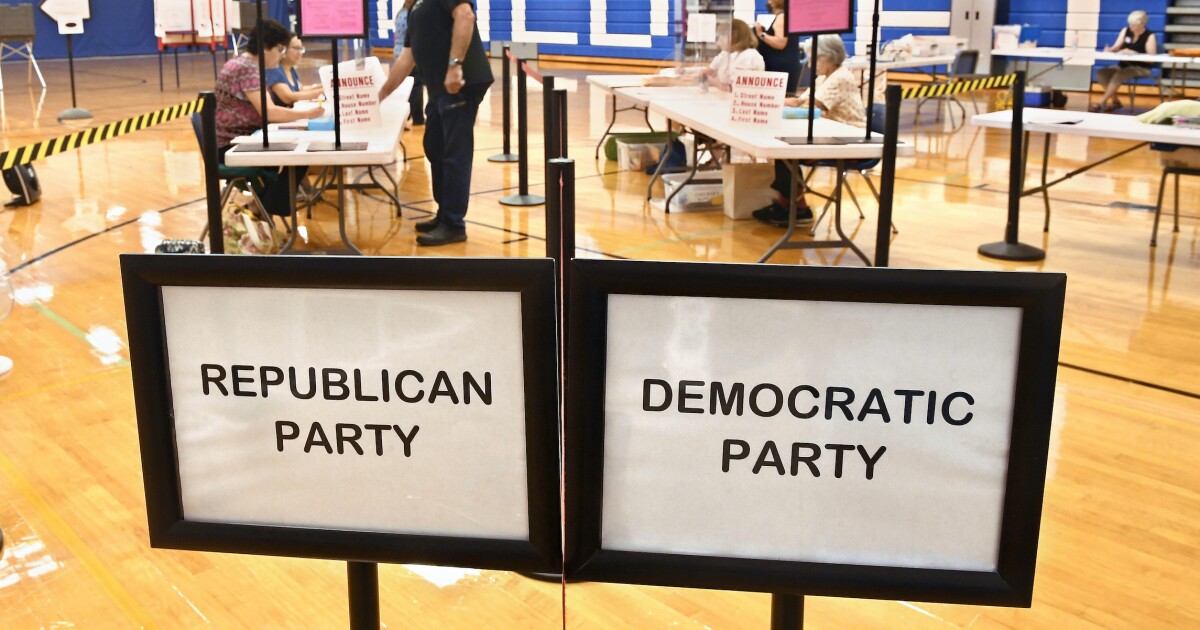 Thanks to a series of summer wins for Democrats and President Joe Biden, a widely anticipated November red wave may be showing signs of shrinking.

A president’s party historically loses congressional seats in a midterm election cycle, and Biden has been plagued by sinking approval ratings and growing voter concern over inflation.

But it hasn’t exactly been smooth sailing for Republicans, as several factors, including former President Donald Trump’s baseless claims of a stolen 2020 election, appear to be chipping away at an otherwise Republican advantage.

“Republicans have no idea they’re on the Titanic and heading for an iceberg in November,” Michael Hardaway, a Democratic strategist, told the Washington Examiner.

According to the Cook Political Report, since the beginning of the summer, “Democrats have gained more than 2 points on the generic congressional ballot; Democratic senate candidates are out-performing Biden’s job approval ratings, especially among independent voters; and the Democratic base seems to be re-engaged.”

Hardaway argued that polled on individual issues, people support what Biden and Democrats have delivered, including a bipartisan infrastructure package and a deal between Sen. Joe Manchin (D-WV) and Senate Majority Leader Chuck Schumer (D-NY) on a healthcare, tax, and climate spending bill, the Inflation Reduction Act, which has been passed by the Senate and is currently under consideration by the House.

“The American people support the Democratic Party and its policies,” he said.

Hardaway called Democrats’ reaction to Dobbs a factor in enthusiasm but not the sole cause.

Some recent contests have delivered better-than-expected results for Democrats. Voters in Kansas earlier this month rejected a ballot amendment that would have removed the right to an abortion from their state constitution, the first such vote on abortion since the Dobbs ruling. Before the vote, polls showed a much tighter race than it ultimately turned out to be.

Even some Republican victories show small signs of growing Democratic enthusiasm. Republican Brad Finstad won a special election Tuesday in Minnesota’s 1st Congressional District to succeed the late GOP Rep. Jim Hagedorn but carried the largely Republican district by a smaller margin than Trump did in 2020. Finstad’s challenger in the special election, former Hormel Foods CEO Jeff Ettinger, came within 4 points of him. The pair will face off again in November.

In a June special election to replace former GOP Rep. Jeff Fortenberry after he was indicted on charges of lying to federal investigators about a campaign finance case, Rep. Mike Flood won his seat by a 53%-47% margin in a district Trump carried by 11 points. That election took place just days after the Dobbs ruling.

The National Republican Congressional Committee appeared bullish on Twitter on Wednesday, writing, “Democrats are so out of touch with reality they are celebrating 8.5% inflation.”

“Americans know Democrats’ reckless spending is responsible for the high prices they are paying,” the group continued in the tweet.

Democrats are so out of touch with reality they are celebrating 8.5% inflation.

Americans know Democrats’ reckless spending is responsible for the high prices they are paying. pic.twitter.com/xTvPMgwRvs

Cook Political Report editor Dave Wasserman wrote on Twitter that those races make clear “there’s still time for things to snap back before November, but we’re no longer living in a political environment as pro-GOP as November 2021.”

This much is clear from Kansas and the #NE01/#MN01 House specials: there’s still time for things to snap back before November, but we’re no longer living in a political environment as pro-GOP as November 2021.