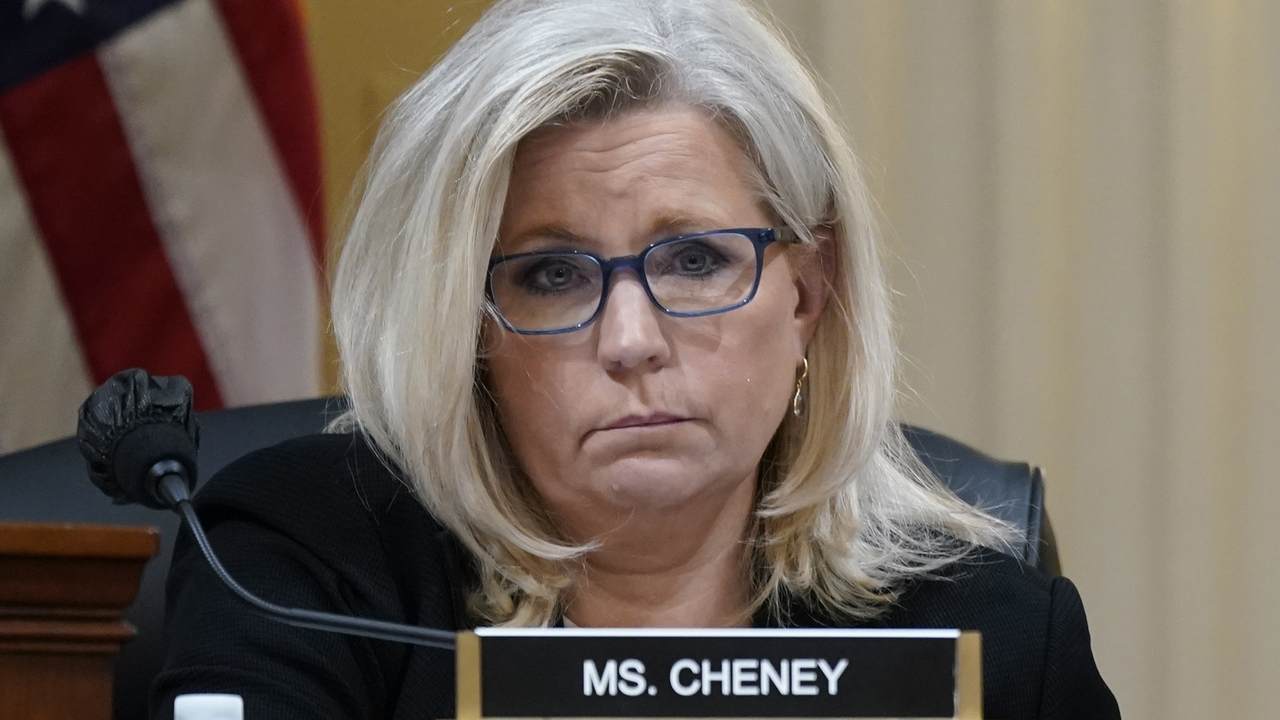 With the defeat of Liz Cheney – scratch that, it was a shellacking – the left has lost their favorite Republican. But that doesn’t mean they still won’t use her name to raise money. In fact, the Democrat machine has really turned up the stupid and crazy in their fundraising emails lately, which begs the question: Do Democrats think Democrats are stupid or do they know they are?

One recent fundraising email from the Democratic Congressional Campaign Committee starts, “This is terrifying. Today, Trump could finally get his REVENGE on Liz Cheney in Wyoming’s primary election. And to make matters worse, Trump loyalists are WINNING all across the country. Trump loyalists have WON in Ohio. They’ve WON in North Carolina. They’ve WON in Arizona. They’ve WON in Pennsylvania. They’ve WON in Wisconsin. Derek, we can’t emphasize this enough: If we lose our House Majority to the Republicans, we would be handing it over to one of the most radical groups of extremists our country has ever known.”

They love Liz Cheney. They never voted with her, except on her anti-Trump votes, but they love her…or something.

Cheney has been a source of fundraising dollars for Democrats for a year now, if not longer, and now she’s done. A useful idiot losing the “useful” part.

“That’s why we’re urgently imploring 2,000 of our most loyal Democrats to rise up before midnight and tell Trump’s hand-picked House Republican loyalists that we will never — EVER — let them hold the Majority again. Can we count on you and your $3 straight away?” the email continues.

I am not, nor have I ever been, a “loyal Democrat,” let alone among the “most loyal.” Who writes these things? Do they have no database against which to run names to see if someone has ever given them a penny?

More importantly, who falls for this garbage?

The Democratic Strategy Institute sent an email with the subject line, “Brett Kavanaugh FINISHED.” How, exactly, is the Supreme Court Justice “finished”? Because morons will give Democrats money to “pass the judiciary act,” the left’s plan to pack the Supreme Court.

Give, then read why you should give!

Here’s what they came up with after that. “FIRST: Brett Kavanaugh made a DIRTY promise to overturn Roe v. Wade,” they say. “THEN: Democrats were furious! So they FIRED BACK against his attack! NOW: Donations to pass the Judiciary Act, expand the Supreme Court, and protect reproductive rights are SURGING. Kavanaugh is HUMILIATED! But we can’t let our foot off the brakes. We can’t afford to lose momentum. That’s why we need 5,000 donations by MIDNIGHT to fuel our fight to pass this critical bill. Derek, will you chip in $5?? REMEMBER: If we pass the Judiciary Act, Joe Biden will be able to appoint 4 new justices to the Supreme Court. That means we could secure a LIBERAL majority and ruin Kavanaugh’s evil plan to overturn Roe v. Wade. He’d throw a TEMPER TANTRUM!! But we’ll BLOW this opportunity if we can’t reach our 5,000 donation goal before MIDNIGHT! Derek, everything is on the line. Chip in now to pass the Judiciary Act, expand the court, and defend reproductive rights now.”

Roe v. Wade was overturned in June, this is August. Does no one read their fundraising copy? I get that it’s written like the diary of a teenage girl, but you’d think they’d notice that they’re writing about things that happened months ago. What’s next, emails insisting only their donations can elect Hillary Clinton? That their $5 could be the difference-maker when it comes to Obamacare?

These left-wingers are something to behold. If you’re one of them, someone inclined to give these grifters your hard-earned cash, you really have to wonder if they hold you in that much contempt or if they think you’re a moron. Of course, if you still give them your money, you’ve pretty much answered the question already.