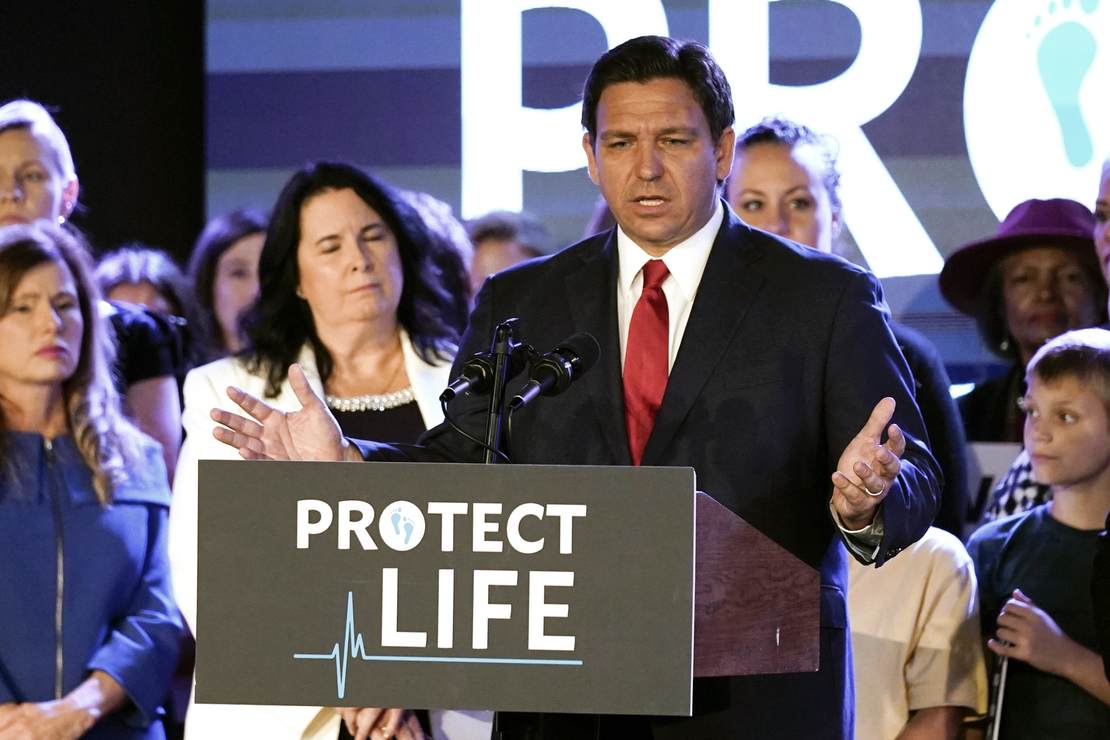 There has been increasing buzz around Florida Governor Ron DeSantis and California Governor Gavin Newsom facing off in the 2024 Presidential election. These two candidates are the polar opposite of each other, and it seems like as Democrats are attempting to ditch Biden, they might move to Newsom in 2024.

Illinois Governor J.B. Pritzker and Colorado Governor Jared Polis may have an interest in running for President as well, but Newsom is already setting up to be the nominee by running ads in Florida aimed at taking down DeSantis.

Following the Newsom ad shown on Fox News in Florida, the Florida Chief Financial Officer and State Fire Marshal released a list of the differences between DeSantis’ and Newsom’s governing.

Here are some of the key points: Florida outpaced the nation in economic growth. Migration to Florida is contributing tens of billions of dollars to the state’s economy. California lost nearly $18 billion worth of income due to the state’s exodus. Lastly, families that are moving to Florida are high-wage earners. To look at the details of these key points, check out the tweet:

Today, we released a report that details how under @GovRonDeSantis leadership, Florida is outpacing the nation for growth. It also demonstrates that under @GavinNewsom, California is LOSING income through people leaving the state. FULL REPORT HERE: https://t.co/hNgvD7JmFI (1/5)🧵 pic.twitter.com/DS7Duf15vR

Besides the fact that under DeSantis’ leadership, the Florida population has grown, and under Newsom’s leadership, for the first time ever in California, the population shrunk in 2020 and 2021, it seems clear that DeSantis would trounce Newsom in important swing states. Democrats might not see it that way; the GOP should encourage that. They should want Newsom to run for President because his whole platform will be about guns and abortion–no problem-solving solutions.

Newsom would run the country just like he ran San Francisco as its mayor, and now the state of California: an ineffective ‘leader’ who has made the homelessness crisis worse by not having mental health workers readily available to treat those in need, by the lack of rehabilitation centers for the homeless, and as much as the rescue missions are trying to help and reduce homelessness, it is continuously increasing due to Newsom’s ineffectiveness, and horrible leadership. Forty percent of small businesses were forced to shut down during the COVID-19 lockdowns.

That may not translate to the national level; however, his inability to run the fifth-largest economy in the world while having homelessness worsen, rampant crime due to Prop 47, and district attorneys like George Gascon, both of which Newsom supported, making people feel unsafe. His ineffectiveness in leading on several major issues might cause more damage than any President has before.

A DeSantis-Newsom race would be the last thing Democrats would want, especially if they both run on their respective records as Governor. Newsom kept his state under lockdown, destroying small businesses, and keeping schools closed, while his kids attended private school. In Florida, DeSantis kept the state open, the economy boomed, and small businesses continued to thrive, while there were no mandates, and schools were open.

DeSantis also made sure to get those who are the most vulnerable the vaccine first and encouraged everyone to get vaccinated, but he did not mandate it. Not only did Newsom mandate vaccines, but he also mandated masks, longer than any other Governor. While he went to the NFC Championship game where masks were required, there were several pictures of Newsom maskless. There is a long list of hypocrisy from Newsom.

As a Californian who went through the lockdowns, curfews, and rampant crime, I can assure you that Newsom will be one of the worst Presidents in modern history. That’s not because he wants to destroy the Golden state, but because he is not the right person for the job. He focuses on all the wrong things, and the stuff that matters to the citizens, such as housing prices, crime, homelessness, open-air drug markets, small businesses, and the economy, Newsom avoids tackling those issues, and those issues only become worse.

So, if Democrats want the American people to vote based on whether the country should be more like Florida or California, by all means, they should see where the voters stand. But in the Midwest, including Michigan and Wisconsin, and another key swing state, Pennsylvania, those voters who voted for Biden may turn to DeSantis if Newsom is the nominee in 2024.

It will be an uphill battle for Newsom to win the independent vote, conservative Democrats, and liberal Republican votes; whereas DeSantis may get the vote by default due to his leadership in Florida compared to Newsom’s in California.