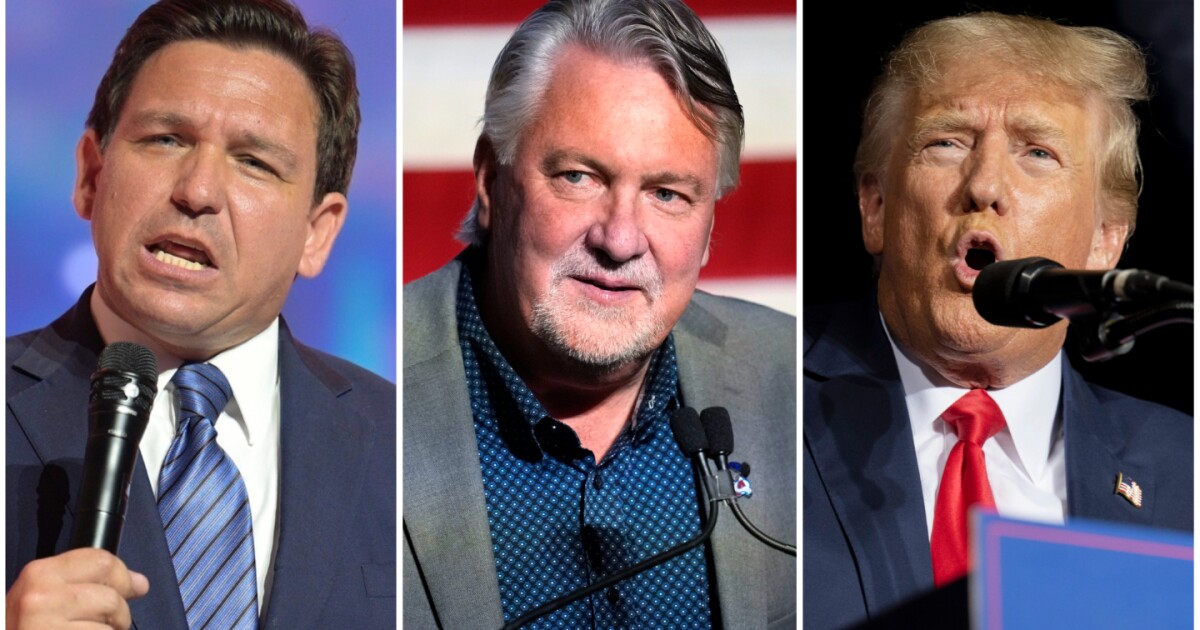 “Hello this is Florida Gov. Ron DeSantis. America needs strong leadership and desperately. That’s why I’m endorsing Joe O’Dea for U.S. Senate. Colorado, please vote for Joe O’Dea,” DeSantis says in the robocall, a recording of which was provided to the Washington Examiner on Sunday by the O’Dea campaign. “I’ve watched Joe from a distance. And I’m impressed.”

In endorsing O’Dea, DeSantis is charting a course separate from Trump in the midterm elections and stoking speculation the two Republican heavyweights are on a collision course in the upcoming 2024 GOP presidential primary. Just days earlier, the former president lashed out at O’Dea, calling him a “RINO,” which stands for “Republican in Name Only,” and criticizing him for speaking openly about their disagreements.

Running in a blue state that rarely elects Republicans statewide and trailing Sen. Michael Bennet (D-CO) in public opinion polls despite a favorable political environment, O’Dea’s strategy of distancing himself from Trump and taking centrist positions on certain issues is sensible. Bennet led O’Dea 49.5% to 42% in the RealClearPolitics average and has topped his Republican challenger in all six of the most recent surveys.

But none of that matters to the former president, who tends to prioritize personal loyalty to him over expanding the Republican Party’s reach in blue states. A day after the candidate vowed on a Sunday morning talk show to “actively campaign against” Trump, on Oct. 17 the former president posted a lengthy rejection of O’Dea on Truth Social, the Twitter-like social media platform he founded. O’Dea, 60, owner of a large construction company, is mounting his first bid for public office.

“There’s this RINO character in the Great State of Colorado, Joe O’Dea, that is running against the incumbent Democrat for the United States Senate, who is having a good old time saying that he wants to ‘distance’ himself from President Trump, and other slightly nasty things,” Trump said. “MAGA doesn’t Vote for stupid people with big mouths. Good luck Joe!”

Enter DeSantis, who is cruising to reelection in Florida.

Next to Trump, the Florida governor is perhaps the most popular Republican among grassroots conservatives nationwide, and the O’Dea campaign is expressing confidence that DeSantis’s endorsement two weeks before Election Day will bolster support among any wavering GOP base voters. They are a distinct minority in Colorado, but O’Dea needs them in his corner if he hopes to assemble a voter coalition capable of toppling Bennet.

“This guy isn’t a career politician. He’s a contractor. He’s built a company from nothing. He’s a leader who knows how to fight and get results. Michael Bennet votes with [President] Joe Biden 98% of the time. The results have been a disaster for the American people,” DeSantis says in the robocall. “Colorado needs new leadership.”

“Joe’s focused on building the wall and cracking down on crime,” DeSantis adds. “He’ll stand-up to the big spending politicians in both parties and cut red tape. Vote Joe O’Dea and let’s turn Colorado red!”

That last component of the Florida governor’s remarks, about O’Dea’s staunch support for border security and focus on reducing crime, is viewed as crucial by the Colorado Republican’s campaign.

O’Dea has distanced himself from Trump on matters relating to the 2020 election and has expressed regret that Roe v. Wade was overturned by the Supreme Court. But he has sounded just like any other conservative Republican on issues relating to immigration and public safety — not to mention inflation. Combined with DeSantis’s fresh seal of approval, the O’Dea campaign argues it is positioned to maximize support from the GOP base.

The O’Dea campaign is planning to deploy DeSantis’s endorsement and robocall comments in targeted digital advertising and other forms of voter outreach.