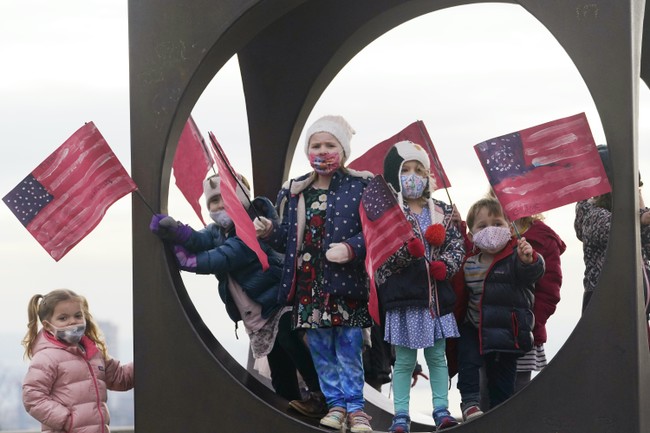 “Hate” is a strong word. But you don’t abort or mutilate that which you love. There is indeed hate involved in the Left’s current barbarism towards babies and youth, but it isn’t necessarily aimed at children. They can get at children in ways they cannot strike at their true targets of hatred—the conservative, especially Christian, Right. So, it’s basically cowardice. They run from the true battle, and kill babies and mutilate children. It’s hard to put into words how disgusting this is.

Democrats are getting far more radical on abortion; it seems that every Democratic politician now advocates no restrictions up to, and sometimes even beyond, the time of birth. Those who do believe in some restrictions are silent, fearful of being eaten by the wolves that now control the party. And who in the Democratic Party is speaking up against child mutilation?

Why do they do this? Why has their attitude towards children become so extreme and inhuman?

It is essential to understand that “hate” is a cardinal feature of the modern Leftist. There is no godly love inside them, so what motivates them is basically hate. And there is nothing the “Left” hates more than the “Right”. Since the “Right” is trying to protect children, the “Left” tries to destroy them. Children are thus a symbol. It is not so much the child that the Left despises as what the child symbolizes: family, religion, and Western Civilization. And those three things are indeed at the very top of the Left’s canopy of abhorrence. The stronger we try to protect children and the family, the more viciously the Left attacks those things because of their undying, unmitigated hatred of everything the Right believes in.

That takes us to the next step. Why does the Left hate family, religion, and Western Civilization so much? Because those three things have been the foundation of human freedom over the last several centuries. And the Left certainly despises human freedom—except sexual licentiousness. They worship that, but largely for the same reasons as above. Family trust and religion are the greatest bulwarks against sexual hedonism. Thus, an “in your face” sexual liberation is another way to attack family and religion and, by extension, the “Right.”

The key is the power the Left craves above all else. It is their god. And freedom is the antithesis of the power they want. True freedom, of course, does not mean that a person can do anything he/she wants. Murderers can’t be “free” to murder, not if an ordered society is to exist. In western culture, the Judeo-Christian moral code became the foundation of right and wrong, of freedom and restraint. True Judeo-Christian morality opposes abortion, homosexuality, transgenderism—all sexual activity outside of marriage between a man and woman. So, as the Left’s hatred of Christianity and Western Civilization grows, they become more and more venomous and radical in their promotion of vices that the Right opposes. It is spitting in the face of a God they don’t believe in anyway.

White people are hated because it was they (largely) who built the freedoms and culture of the hated Western Civilization. Most white people in American history have accepted that our freedoms are based on citizens living in harmony with Judeo-Christian moral values. This is, of course, utterly anathema to the Left. Thus, they have attempted to rewrite American history, villainize all the great men who built the country, and accuse white people of every vice that every race and tribe of people all over the world has been guilty of. But slaughters in Africa, Asia, Arabia, etc. are to be ignored; only whites have done such vicious deeds and will do so again if the “white supremacists” rule America. And this really has nothing to do with white people being guilty of “race” crimes. It has everything to do with current (especially) white conservatives standing in the way of the power and control the Left wants. So, the white man’s temples—freedom, family, Christianity, capitalism, Western Civilization—must be eradicated because they oppose the Left’s craven lust for power.

The children and unborn of America are a symbol. The Right defends them. That, automatically, makes them an enemy of the Left.

The drift will continue. Once a human being leaves spiritual realities and divorces himself from his spiritual nature for pure materialism, there can be no ultimate satisfaction or fulfilment. He must continue to push the envelope farther and farther in search of some meaning in life. Point A satisfies him for only a short time; so, he moves to Point B. Then Point C. Point D. Ad infinitum. This happens solely because materialism is inherently incapable of satisfying the spiritual needs all humans have. So the Left, which is wholly materialistic, becomes more and more radical, increasingly hedonistic, ever bitter and hateful towards opposition, in search of something they will never find in their materialistic philosophy. Ever striving, but never arriving. Because no stopping place exists in a totally materialistic universe. It’s sad, really. But it has also been destructive to countless millions of humans around the world—unborn and born.

It isn’t children the Democrats hate. It’s you and everything you stand for. If you defend children, they will attack them. And that is exactly what they are doing.

Christmas is coming! My 2nd Rob Conners western novel, River Bend, is now available. Honestly, I think it is much better than my first book, Whitewater. Both are available at Amazon, Barnes and Noble, and Eliva.com. There will be a Kindle version of River Bend soon. And check out my blog at thailandlewis.blogspot.com.