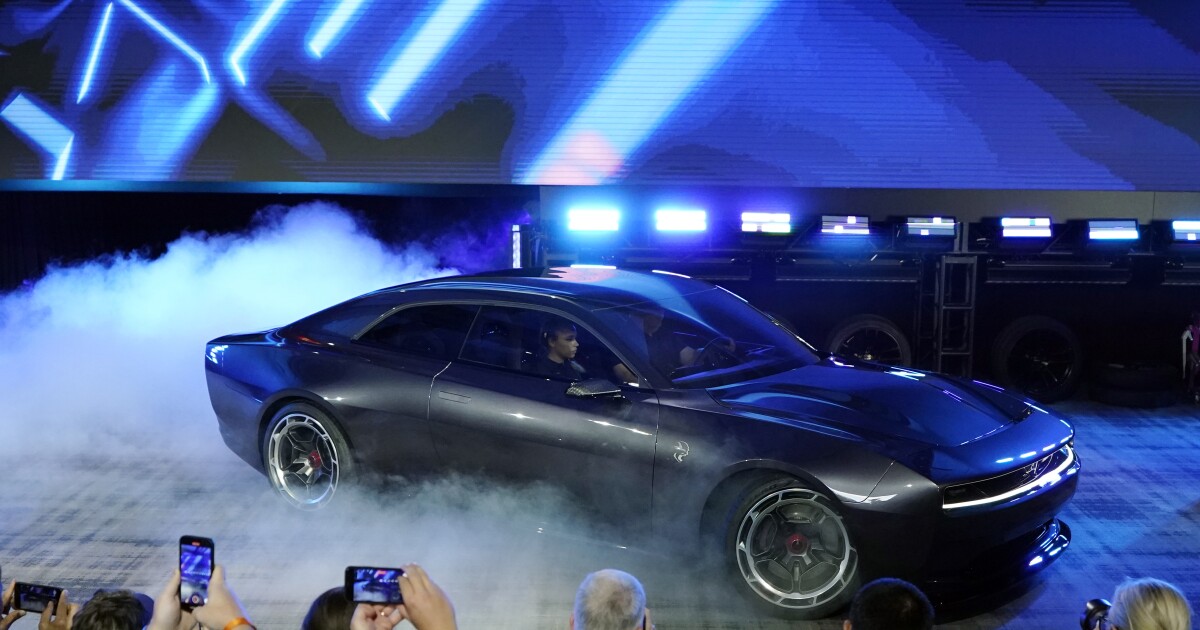 Dodge showcased its electric Charger Daytona SRT on Wednesday, just after announcing the end of its gas-powered equivalent.

The Charger made an appearance at the M1 Concourse in Pontiac, Michigan, during the third day of the three-day “Dodge Speed Week.” It came the day after Dodge announced its first electric vehicle model, the 2023 Dodge Hornet.

Its battery is powered by an 800V Banshee propulsion system that still produces a 126-decibel engine roar. The exterior still totes the familiar front aerodynamic “R wing” for its Dodge profile.

“When we said it was going to be an electric summer for Dodge, we meant it,” Dodge brand CEO Tim Kuniskis said in a press release. “The Charger Daytona SRT Concept can do more than run the car show circuit; it can run a blazing quarter-mile. And when it comes to product cycles, it outruns Darwin. Charger Daytona does more than define where Dodge is headed, it will redefine American muscle in the process.”

Dodge’s parent company, Stellantis, was recently given an F- ranking in carbon emissions, alongside Toyota, Ford, and Daimler. It subsequently committed to cutting its emissions by half in 2030 and going carbon net zero by 2038.