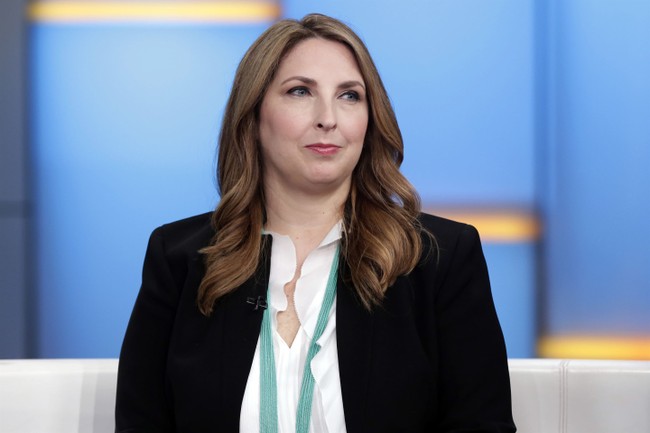 The Democrats understand that elections are there for the winning; some Republicans think that success in elections is being right on policies.

Herschel Walker’s loss in Georgia is a fitting end to a lousy GOP election cycle. Predictions, polls, and historical trends all pointed towards great success of GOP candidates, with wave and tsunami being used frequently to describe what was going to happen on November 8th. In the end, the GOP landed a small majority in the House and actually went one seat backward in the Senate. The obvious question asked by many is, why?

If one looks at the Senate runoff map of Georgia, the landmass is 90 percent red. Only a few large urban centers show blue, but as they have the highest population densities, they determined the outcome of Tuesday’s election. Big cities like Chicago, Detroit, Philadelphia, and Atlanta—these are the places where Republican dreams of success go to die. The funny thing is that if one were to interview residents of such large cities, they probably would agree more with Republican positions than those of the Democrats. Most see crime directly and would certainly support policies that led to more incarceration and less violence and mayhem. Most probably would support limiting abortions to rape, incest and a fixed time period like the first three months. Most would want a functioning border and not unrestricted and uncontrolled immigration. They definitely would want cheaper gas and lower food prices. Many polls prior to the November election showed majorities favored the GOP on the economy, policing, the border, and foreign affairs, yet with a few bright exceptions, the GOP fell flat in this round of elections. Lee Zeldin did not win but he apparently helped several Republicans win congressional seats in New York, while Governor DeSantis led a Republican blowout in Florida. But Republicans nationally failed, and in some places—like Michigan—went backwards, handing over seats and state control to Democrats. And the question is how did the Republicans squander so much going in their favor for such lousy results?

While the Democrats hold policies such as abortion until birth, boys competing in girls’ events, and unfettered entry into the US, which do not resonant with large portions of the voters, the Democrats understand that elections are less about issues and more about getting out the vote. Many independents and even Democrats might hold opinions in line with the local Republican candidates, but if they stay at home, then they and their opinions are of no use to those running. Democrats created rules and laws for mailed ballots, ballot harvesting, ballot curing, same-day registration, no ID voting, and more. One can complain and say how awful it is to have “election season” instead of the traditional election day. But complaining will not get candidates over the finish line. The Republican Party needs national and local leaders who can understand the rules in place in each locale and turn them to GOP advantage. While I was in Las Vegas prior to the November election, my father received his mail-in ballot. Since I was there, I encouraged him to fill it out and I took it to the post office. I doubt that on his own he would have done the same as he no longer drives. How many elderly people do not have someone to help them fill out those ballots? I don’t remember how many Democratic workers rang the doorbell to find out if my dad had voted or if he needed help filling out the ballot. Well, the time has come for the Republican Party of Nevada to get into the game. I would estimate that on TV, the commercials were split between the two major candidates for Senate. But on the ground, it was the Democrats who were hustling to make sure that votes favoring them made their way to the election office. And their candidate won.

Not having lunatic candidates whose views scare potential voters is always a good idea. As I wrote previously, the Republican Party needs to come up with a practical and nationally-advertised view on abortion, as the Democrats—post Dobbs—have simply said that the Republicans will restrict all abortions and throw the doctor and the pregnant woman into jail. But even in cases where there were appealing candidates, the Republicans sometimes lost. And much of it has to do with the ground game. The Democrats made the rules and do everything possible to take advantage of them. If there is serious concern for voter fraud, namely that people vote by mail and vote again in person, then the Republicans need to come up with—before the next election—plans on how to defeat such activity. If ballots are legally accepted without a signature or date, then the Republicans need to get in on that game as well. Whatever the Democrats do, the Republicans must do it better if they want to win and not just be on the right side of policy.

One problem that Donald Trump has in his contention that the 2020 presidential election was stolen is that he, as the effective head of the Republican Party, was most responsible for making sure that any shenanigans that might take place would be stopped or at least documented for redress. While there were many reports of suspect voting machines, bags of ballots appearing after the election, “mules”, and other suggested forms of fraud, why were the Republicans caught flat-footed by such claimed behavior? Trump had been saying for weeks before the 2020 election that the hundreds of millions of ballots sent by mail ostensibly because of COVID-19 would lead to fraud. How did he and Ronna McDaniel drop the ball to the point that no court of law and no state legislature could find enough fraud to change any vote outcome? Either the election was clean, as the Democrats not only claim but require everyone else to repeat, or the modes of cheating were such that the Republicans never picked up on them in numbers that could make any difference. In either case, leadership failed to take advantage of the new voting procedures and failed to monitor the vote (everyone has a camera with him or her to record any funny behavior) and only started howling after Trump had lost.

How to deal with left-leaning content promoted heavily before elections by newspapers, TV, radio and social media is also critical, as shown by the recent release of the Twitter Files on the Hunter Biden laptop and the draconian measures employed by Democrats and Twitter to keep the facts from the public. Get people elected and you can change the laws to help even the playing field.

Republicans have the views that most resonant with voters and also support a strong, energy-independent, growing America. But Republicans do not know how to manage the ground game to get votes out in their favor, especially in large urban centers. But they can learn. Democrats in California used the new “vote harvesting” to wipe out a bunch of traditionally Republican seats. The Republicans learned how to do the same and got the seats back the next time around. This must be the trend on a national scale. Being right about immigration, education, foreign policy, energy, children safety, policing, and the economy is wonderful, but getting enough votes to the ballot box to win so as to bring those policies to fruition, that has to be the goal of the Republican leadership. Ron DeSantis did it in Florida, even winning Miami-Dade county. There is still hope, even after the third straight loss in neighboring Georgia, that the Republicans can learn how to win. They can learn from the Democrats on that score. Republicans must become the masters of all of the new voting rules, especially early voting. Good policies with a strong ground game during the entire legal voting period is the way to win in 2024 and beyond. Griping about voting without photo ID or legacy media being a branch of the Democratic Party will not get any candidate into office.