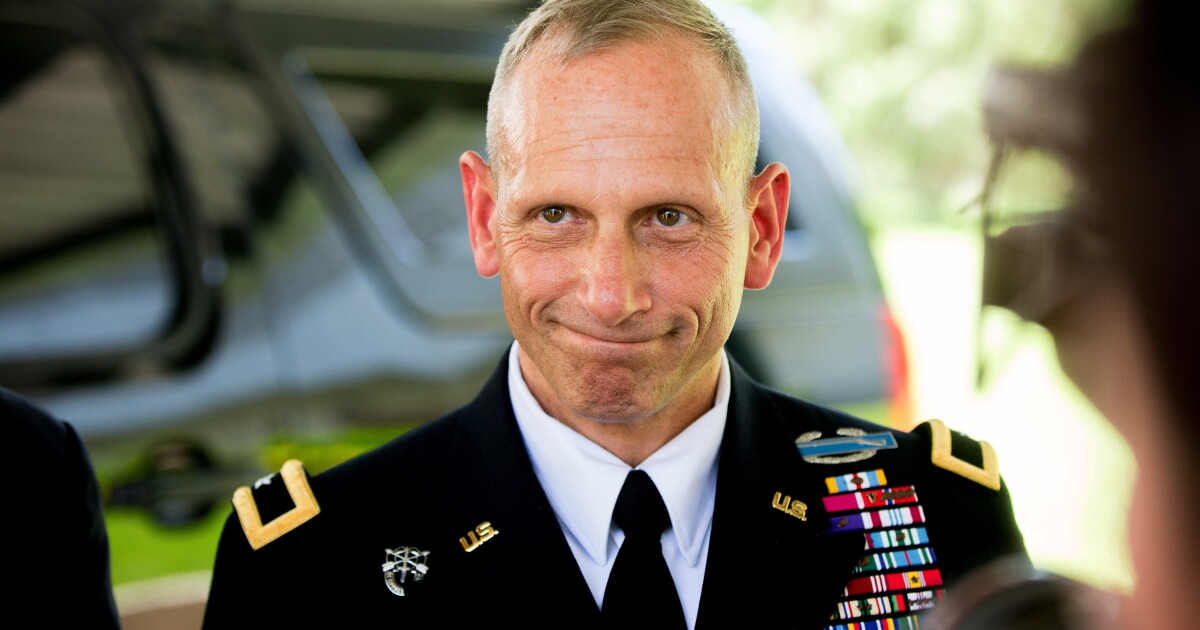 A retired Army brigadier general who served in Afghanistan is topping the polls in New Hampshire’s Senate race but has taken aim at the Republican establishment for allegedly trying to thwart his campaign.

Don Bolduc, a conservative Republican, has been working for the past two years to unseat Democratic incumbent Maggie Hassan in the midterm election.

As he watched his poll numbers rise after national media exposure for blasting President Joe Biden over the botched Afghanistan withdrawal, Bolduc said he was targeted by establishment Republicans who wanted him to fail.

TRUMP-BACKED CANDIDATES STUMBLE OUT OF THE GATE, RAISING DEMOCRATIC HOPES FOR NOVEMBER

Bolduc accused Gov. Chris Sununu of wanting “anyone but him” to be the Republican candidate for the New Hampshire seat. Bolduc also launched a fiery attack on his state’s Republican leadership — which he claims is trying to block his path ahead of the primary in September.

“These guys have gone 0 in 10 in federal races against Democrats, so they have a history of picking the wrong candidates,” Bolduc said of the GOP leadership in New Hampshire.

Bolduc said his campaign has visited every city and town in New Hampshire with more than 1,000 volunteers. The former general said voters identify the economy as their main concern, followed by energy policies and immigration.

Bolduc’s opponents in the GOP primary include state legislator Chuck Morse, who has built a war chest worth more than $1 million. Bolduc told the Washington Examiner he has about $500,000, adding that it has mostly come from individuals donating less than $200.

“It is message over money,” Bolduc said of his campaign. “Granite Staters are tired of career politicians and their proxies and want outsiders.”

Bolduc has been surging in support in recent weeks and is poised to win the primary in an upset, a development boosting Democratic confidence in Sen. Maggie Hassan’s prospects of surviving a red midterm election wave.

Bolduc, 60, completed 10 tours of duty before retiring from the Army and was awarded five Bronze Stars and two Purple Hearts.