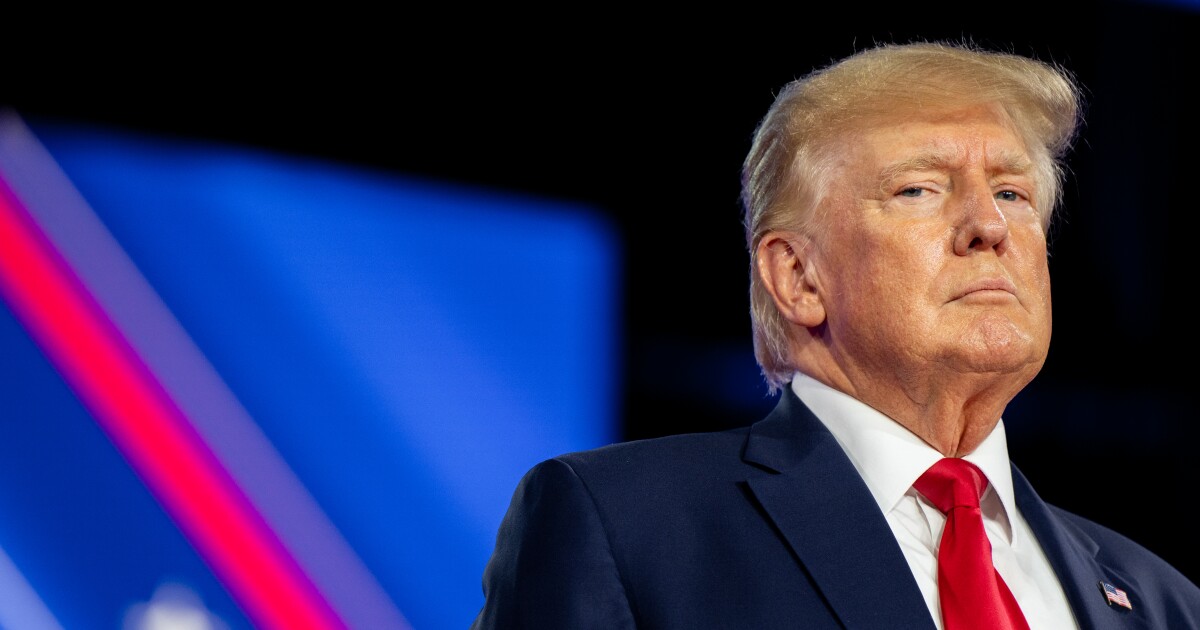 DALLAS — Former President Donald Trump threatened to go to West Virginia to campaign against Sen. Joe Manchin (D-WV) if his deal with Senate Majority Leader Chuck Schumer (D-NY) on a healthcare, tax, and climate spending bill passes. The only problem: Manchin is not up for reelection until 2024.

During remarks at the Conservative Political Action Conference in Dallas on Saturday, Trump said Manchin “sold West Virginia out” in agreeing to the Inflation Reduction Act, a reconciliation deal.

“I don’t believe they can stand for that,” Trump said.

Manchin recently announced an agreement on the bill, a scaled-back alternative to “Build Back Better,” a sweeping social spending and green energy bill that Manchin sunk last year when he objected to its price tag and raised concerns over inflation.

Manchin and Schumer worked to get Sen. Kyrsten Sinema (D-AZ) to vote for the bill, who also did not support the prior version, so they could pass the bill unilaterally through the evenly divided chamber with Vice President Kamala Harris’s tiebreaking vote. She signed off earlier this week, and the Senate remained in Washington after its August recess was scheduled to begin in order to pass it.

Trump said that “if this deal passes, they will both lose their next election.”

On the same day as Trump’s remarks, the Senate considered a procedural motion to advance the bill.

“And guess what, they’re voting on it now,” Trump said. “So maybe the speech can stop them because when Manchin hears me say he’s gonna lose and I’ll go down to West Virginia and campaign against him.”

But the procedural motion was approved during the speech, and the Senate is ultimately expected to pass the bill.

Elsewhere in his speech, Trump teased a third bid for the White House, theorized implementing the death penalty for drug dealers to decrease rates of addiction, and pointed out the Republican congressional and gubernatorial candidates he had endorsed in the audience.

He also brought Riley Gaines, a former SEC champion swimmer, on stage as he discussed keeping preventing transgender athletes from competing in sports on teams opposite their biological sex.