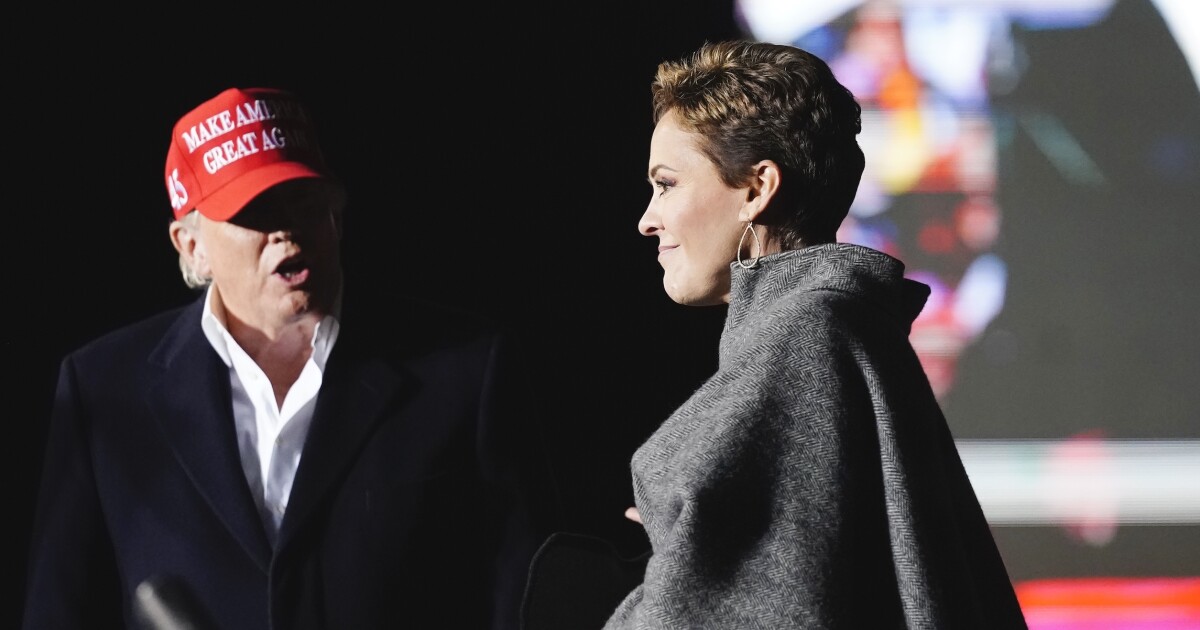 Kari Lake led Karrin Taylor Robson in the race for the Republican nomination for governor in Arizona, according to a fresh poll that shows a volatile contest just weeks before Primary Day.

Lake, a former television news anchor endorsed by former President Donald Trump, topped Robson, a wealthy businesswoman, 40% to 35%. But significantly, 35% of “likely” GOP primary voters surveyed by OH Predictive Insights said they were undecided. That leaves room for movement in the polls ahead of Arizona’s Aug. 2 primary, in which Republicans will pick a standard-bearer to succeed term-limited Gov. Doug Ducey.

Former Rep. Matt Salmon recently dropped out of the race, and according to the data compiled by OH Predictive Insights from June 30–July 2, Robson was the beneficiary.

PENNSYLVANIA GOP LAWMAKERS BACK DEMOCRAT SHAPIRO FOR GOVERNOR OVER MASTRIANO

“Seeing the comparison with and without Salmon gives an even closer look into what’s going to happen at the polling booths in August,” OH Predictive Insights chief of research Mike Noble said in a statement. “Although Lake has kept a steady lead, Robson is the clear beneficiary in Salmon’s drop-out; this plus his more recent endorsement might be just what Robson needs to stay competitive in this primary.”

The survey shows the primary breaking along populist-traditionalist lines.

Viewed another way, the poll found that Republicans who support the party over Trump are backing Robson over Lake, 47% to 22%. But Republicans who consider themselves Trump first and GOP second are supporting Lake over Robson, 57% to 24%.