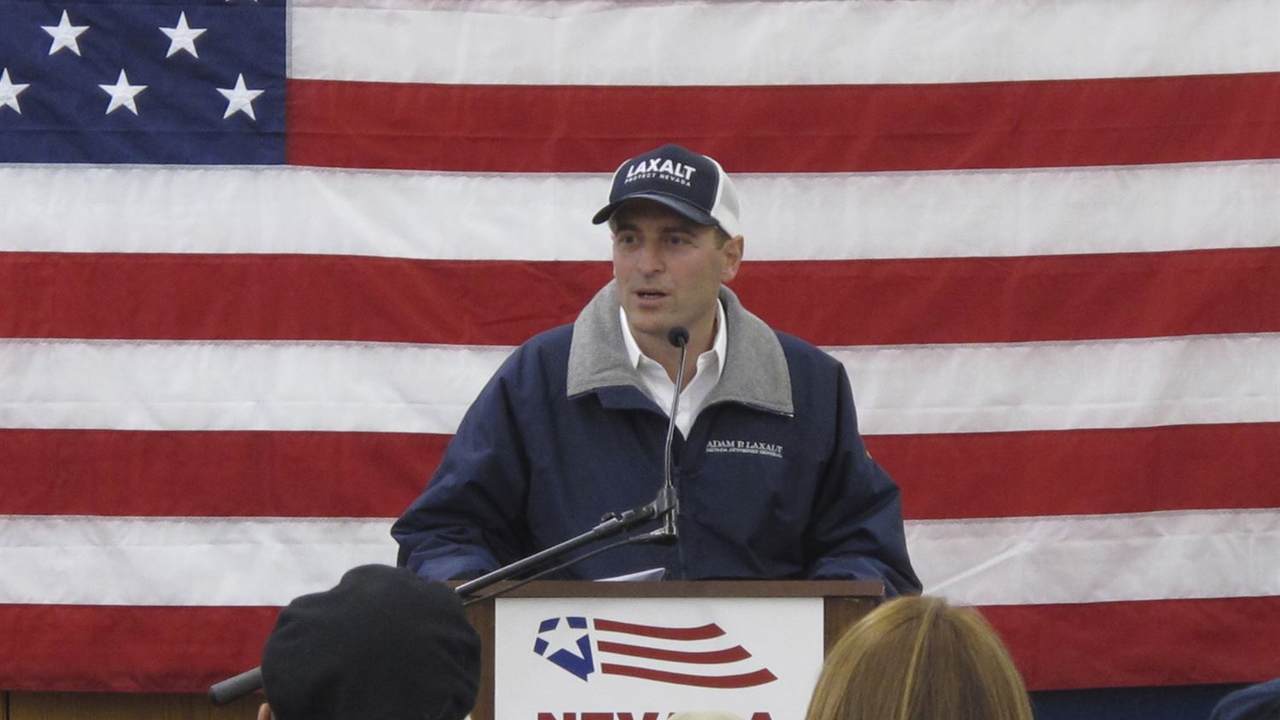 Now that most of the Senate races are set, expect the regime media to start up with its newest narrative, that we can’t win and that the red wave will peter out into flaccid humiliation like a Bulwark staffer in the back seat on prom night. But it’s all a lie. This November, we’re going to mop the floor with these losers.

Yes, the Democrats’ zillionaire corps is flooding the lib candidates’ coffers with money. No, some of our GOP candidates do not meet the exacting standard of the mainstream media and the unsatisfied liberal wine women who watch it. But none is outright awful and money isn’t everything. The 400th “Heh heh, Dr. Oz lived in New Jersey” Fetterman ad is going to cost a fortune to air, but it will make no cognizable improvement from the 399th to Heart Attack Shrek’s chances.

Before I continue, Townhall has a special offer for YOU! If you are not a member yet (and you should be), join VIP GOLD today. Use promo code KURTBOOK, and Townhall will send you a signed copy of my new book, “We’ll Be Back: The Fall and Rise of America” (in addition to giving you 10% off your membership).

Act fast, as the number of signed books is very limited, and once the promo code does not work anymore, the books are gone. You must use the promo code KURTBOOK and buy VIP GOLD annual to qualify. A Townhall team member will reach out to get your address for shipping.

For those of you that already support us and have VIP Gold, THANK YOU! Sign up HERE to enter a raffle for a signed book.

Now, enjoy the rest of this column…

What matters is that gas costs $6 a gallon. What matters is that parents are tired of little Jimmy coming home from his unionized public school, and announcing that he is now Stacy and that his accursed penis is a tool of white supremacy. What matters is that about half of Latinx Americans are just not having any of this nonsense and are treating the Democrats’ demographic wishcasting like Eric Swalwell treats his boxer shorts.

You will hear nothing from the regime media for the next hundred days until the general election except how the GOP is doomed, dying, and done for. It’s a psy-op, and a cheesy one. But it’s all they’ve got. The Democrats know that unless they can disillusion and demoralize us into giving up, they are on the way to the electoral woodchipper. That’s why you will see MSM polling about how our candidates just can’t win. Believe nothing. Remember the one in 2020 showing how Trump was down 17 in Wisconsin? If you believe any polls, I have a slightly used-unicorn to sell you – his name is Chet and he enjoys long walks and interpretative dance.

We can’t let them get us down. We got this. That’s not just talk. The correlation of forces favors us. History teaches us that midterm elections are almost always a festival o’ failure for the party in power. And you combine historical trends with a president whose policies are political monkeypox and you have a red tsunami. Of course, some durwood candidate who maybe is a witch, or hears voices, or who likes to tie up his girlfriends in the basement and get caught, can blow a sure thing. But we seemed to have avoided them this time. All our people have to do to win the Senate majority is not actively screw up.

Let’s go through some of the races, shall we?

Arizona has Blake Masters, who is young and smart and not the figurative puppy play – thank you groomer weirdos in San Francisco for forcing me to know what that is – love toy of Chuck Schumer like Mark Kelly is. Barkey Mark is obedient to his master and always votes Dem down the line. No maverick here – he’s a gun-grabbing lib and Arizona is not about that. Masters should do what all the GOP candidates should do – focus on gas prices, inflation, crime, the border, and the fact that there are men and there are women and nothing else. If he does, Masters is likely to win.

Missouri picked the right Eric – Schmitt. Thank goodness the voters of the Show Me State showed bondage boy the door because Eric Greitens was the only nominee who could have lost that race. His perversion n’corruption act would have made him a shoo-in here in California, but that stuff does not play in America. If Schmitt can make it through Election Day not getting caught in a gimp suit with someone named “Mistress Dominique,” he’s good to go. By the way, I’ve spent some time with him – he’s a smart cat and his legal attacks on CRT and trans idiocy as Attorney General are outstanding.

In Ohio, the media keeps trying to make Tim Ryan happen. He’s not going to happen. He’s a Pelosi minion and everyone knows it. The Buckeye State is so done with that stuff. JD Vance has got this well in hand. Let the Dems keep dumping money in on this pipe dream. They might as well be setting it on fire. We’re keeping the Ohio seat. I’ve chatted with JD – he’s highly based and will not “grow in office” like so many DC simps.

And we are taking the one in Nevada. My pal Adam Laxalt is going to wipe out the faceless non-entity Dem currently holding the seat. I worked with Adam in Las Vegas after the 2020 election and the guy is the Energizer bunny. No one works harder, no one is more focused. Adam was a Navy officer, which I do not hold against him, and he roomed with this guy named Ron DeSantis. Beyond him being a Republican, beyond him being a personal friend, he’s exactly the kind of guy we want in the Senate.

I supported fellow Gulf War vet David McCormick in the Pennsylvania election. Now, like David, I totally and enthusiastically support Dr. Oz. The hit on the Doc is that he’s off the grid and not doing anything. Nonsense. My friend Salena Zito, who knows more about Pennsylvania than the Bulwark staff knows about failure, tells me that Dr. Oz is out there making contacts and building the GOP brand with constant appearances around the state. His opponent, socialist ogre John Fetterman, is a physical mess and cannot campaign; he hopes to re-play the Biden “Hide him and hope” game plan from 2020 and win via mean tweets. But this bulky Bolshevik cannot hide that he would vote down the line with Bernie Sanders by banning fracking, grabbing guns, and letting dudes pretending to be girls into locker rooms with actual girls. Dr. Oz will win. Also, David McCormick for Senate in 2024.

In Georgia, Herschel Walker was fantastic with his classy response to the racist attacks on him by liberals – proving again that the only concentration of racists in America is in the blue enclaves where people watch MSNBCNN. I think we need some genuinely decent folks in Washington who love not just America but Americans. And I think Georgians – now that they have reformed their elections laws – will show that they do too this November.

We have some baked-in victories. Burr will win in North Carolina. Marco Rubio will win in Florida – I saw him speak at the recent Ron DeSantis/Florida GOP Sunshine Summit and he is vastly improved and both likable and based.

And there are some long shots, Tiffany Smiley in Washington and Joe O’Dea in Colorado. I am not convinced either one is as long a shot as the media would have you believe. There is also a shot at New Hampshire though the nominee has not yet been named. Low Democrat turnout plus motivated Republicans plus uppity Latinx voters who do not want to sign on for perpetual Democrat serfdom equals a fighting chance. If we can go further and win in Vermont too, well, that’s a Red Apocalypse.

When you look at the numbers, we see we could realistically hit 56 Senate seats. And with 56 potential votes for Mitch McConnell to play with, the puffballs like Murkowski (a “Republican” who may just be replaced by an actual Republican) and Miracle Whip Mitt will be expendable. This sets us up for a filibuster-proof majority in 2024. Imagine that, especially with someone in the White House ready to break Democrat hearts and heads.

Ahhhhhhhh. I need a cigarette and a cuddle just thinking about it. Let the media lie. Soon enough, it will cry.

Get my just released non-fiction book We’ll Be Back: The Fall and Rise of America, but don’t forget my Kelly Turnbull series of conservative action novels set in America after a notional national divorce. The latest is The Split, but get all these action-packed bestsellers, including People’s Republic, Indian Country, Wildfire, Collapse, and Crisis! Plus, keep up the fight by joining Townhall VIP, including an extra Wednesday column, my weekly Stream of Kurtiousness video, and the Unredacted podcast!