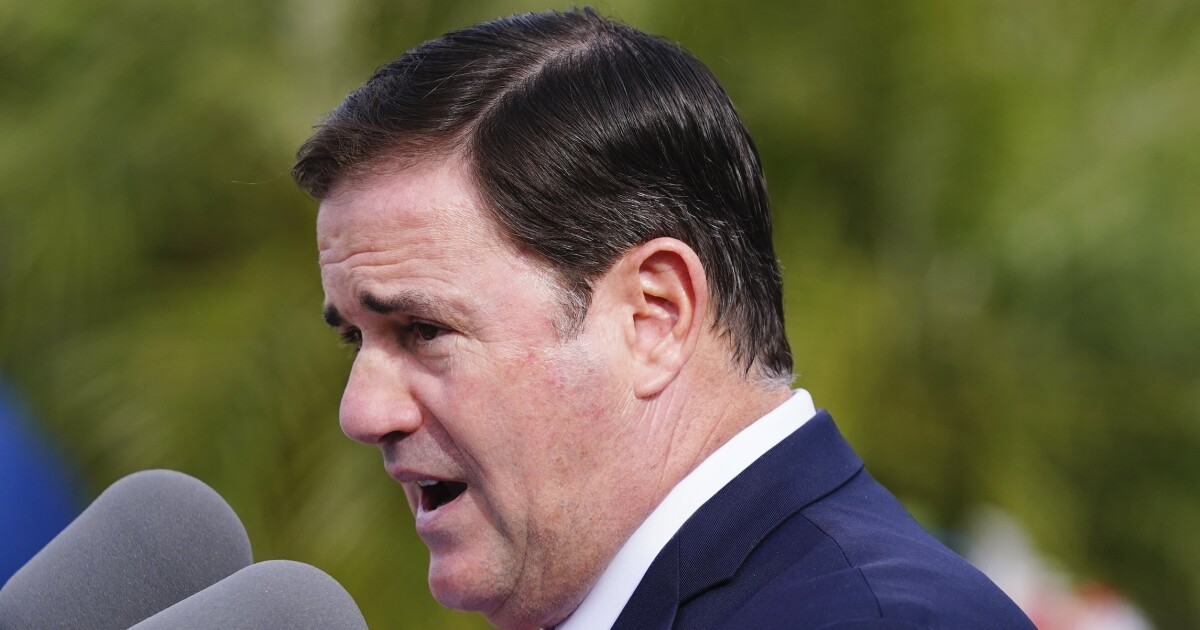 Gov. Doug Ducey is taking sides as early voting gets underway in the GOP primary to replace him as Arizona‘s next chief executive.

The term-limited Republican, first elected in 2014 after four years as state treasurer, will endorse establishment favorite Karrin Taylor Robson, a wealthy real estate developer. Robson is a centrist foil to Kari Lake, a conservative firebrand and former local newscaster who has the endorsement of Donald Trump.

Ducey’s move sets up a GOP gubernatorial proxy war against the former president. Trump has held a grudge ever since Ducey refused to overturn Arizona’s 2020 election results in his capacity as governor.

Ducey had teased that he might endorse his preferred successor ahead of the Aug. 2 contest, saying in March after he ruled out a run for Senate that he will be “perhaps weighing in before the primary.”

His announcement, reported by Politico on Thursday, comes in the home stretch of the primary, with voters receiving their mail-in ballots on Wednesday in a state that overwhelmingly votes early and by mail.

The winner of the GOP primary will likely compete against Democrat Katie Hobbs, Arizona’s secretary of state, in the general election. Should Lake win the Republican nomination, the November contest would pit an election skeptic against the woman responsible for certifying Arizona’s 2020 election results.

Arizona was long a Republican redoubt, but in the past couple of election cycles has turned decidedly purple. President Joe Biden in 2020 was only the second Democratic nominee to win Arizona since 1948. And both of the state’s Senate seats are Democratic for the first time since the early 1950s.

Ducey’s endorsement comes as no surprise. He appointed Robson to the Arizona Board of Regents, the body that governs the state’s public universities, in 2017 and shares her aversion to Trump’s unfounded claims that the election was stolen from him — claims that Lake has amplified for months.

Lake has attacked the governor directly and even unflatteringly referred to Robson as “Doug Ducey in a dress,” so there’s no goodwill between the two of them.

An endorsement from Ducey, who co-chairs the Republican Governors Association, could prove consequential in the race.

“Governor Ducey is a strong campaigner, fundraiser, and has national influence,” Lorna Romero, a GOP strategist in the state, told the Washington Examiner in an email, calling the move a “game changer.”

A new poll by OH Predictive Insights shows a tight race, with Robson trailing Lake 35% to 40%. With the backing of Trump and her name recognition in the state, Lake has been the consistent front-runner, while Robson has stayed in contention in part by spending big on television ads. The primary became a two-way contest last week after former Rep. Matt Salmon dropped out.

In a statement, Ducey called Robson “the real deal: pro-Life, pro-gun, and pro-wall,” saying “she’ll stand up to Joe Biden and the radical Left.”

Trump, for his part, is campaigning hard for Lake. The former president visited the state in January and is expected to rally for Lake and other candidates for statewide office again on July 16. Trump released a statement on Wednesday reiterating his support, and taking a shot at Ducey in the process.

“The people of Arizona have a chance to get a truly great Governor, unlike the one you have right now,” Trump said. “Make sure you return your Early Ballot for Kari Lake, or Vote in Person on August 2nd. With Kari, you’ll have Election Integrity, Strong Borders, Safe Streets, and all of the other things you’ve wanted for so long.”