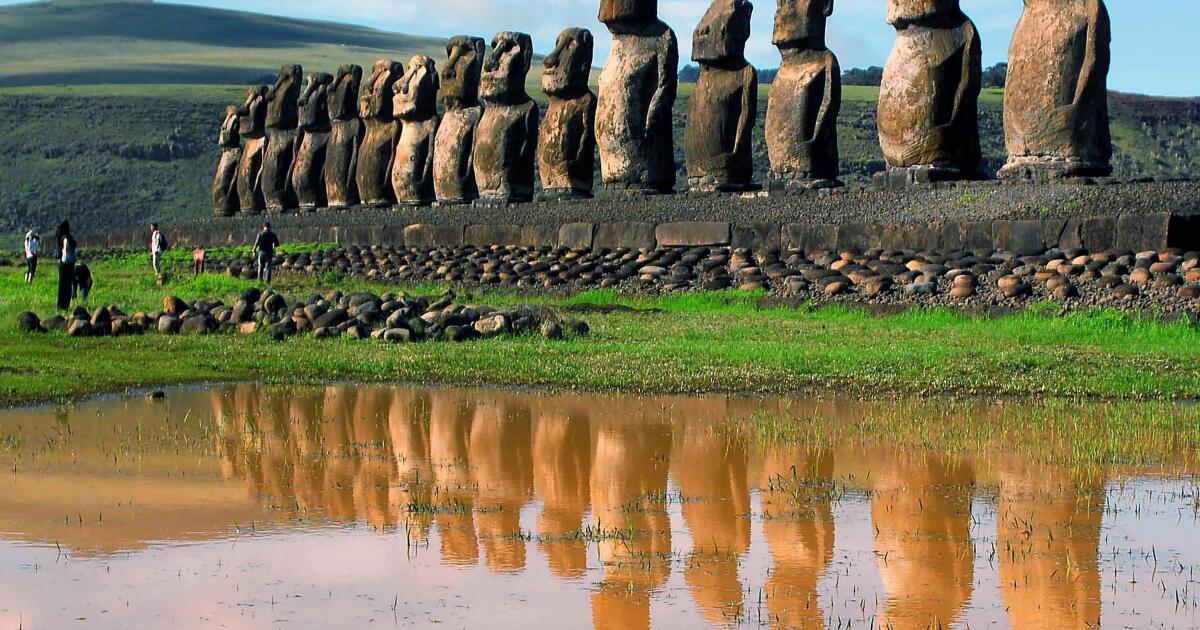 After a nearly two-year, COVID-19-driven hiatus, Chile’s Easter Island welcomed tourists back this week with the first flight landing Thursday.

The popular Pacific Ocean island tourist destination had restricted foreign visits since the outbreak of COVID-19 breached Chile’s borders in March 2020 and is now hoping that opening back up to the world will help mend its ravaged economy.

TWO US TOURISTS ATTACKED BY CROCODILE AT RESORT IN MEXICO

Located about 2,300 miles west off the coast of Chile, the island is home to major tourist attracts including its flower necklaces, traditional dances, and its Moais — stone statues of human figures believed to have been built hundreds of years ago. The isolated island has a population of about 8,000 people and historically relied on the roughly 160,000 tourists that would visit each year.

In March 2020, the Chilean Health Ministry ordered a lockdown of Easter Island, a territory of Chile, after COVID-19 was discovered on its mainland. During its time closed off from the world, Easter Island reported a mere two COVID-19 cases, according to MalayMail.

Easter Island reopened Monday and plans to allow tourists in gradually with about two flights a week to start before expanding in the future, tourism official Veronica Kunze told reporters.

Officials have taken steps to shore up its local hospital systems ahead of the opening, and incoming tourists will be required to be fully vaccinated and have a negative test to gain entry, according to Kunze.