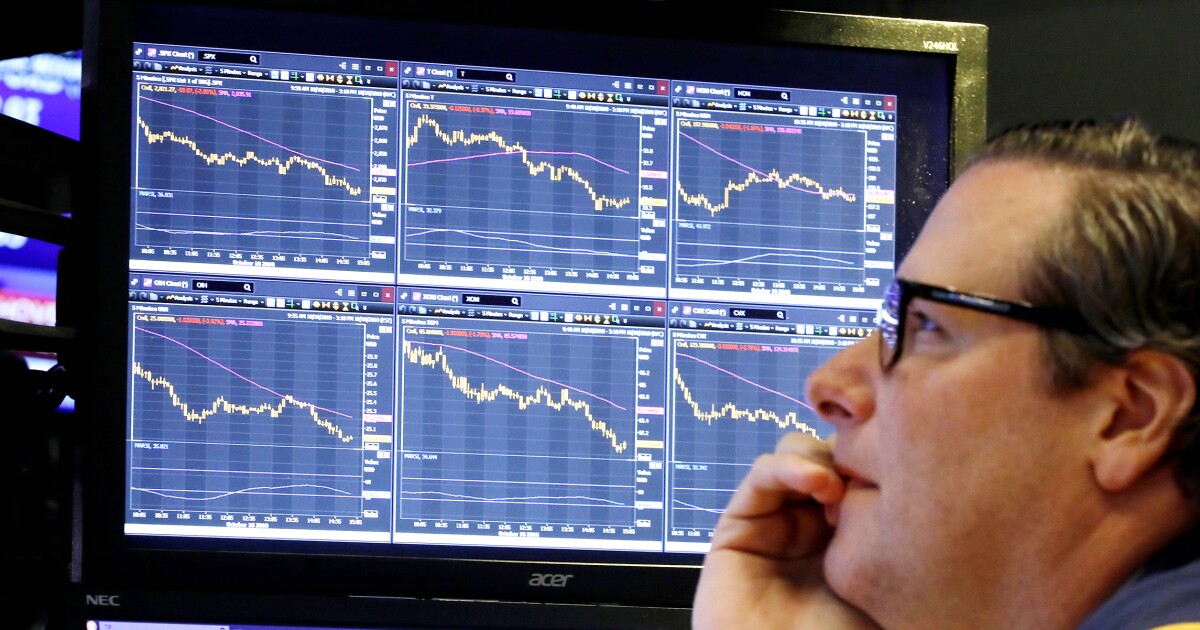 Current economic indicators are mixed, making it difficult to say whether the country is in a recession or not.

No single government agency has the authority to declare a recession. Instead, those in government and most economists look to the National Bureau of Economic Research to declare one, which it has not. NBER is a private group of academics that is seen as an authority on the matter.

NBER defines a recession as “a significant decline in economic activity that is spread across the economy and that lasts more than a few months.” NBER also can lag in declaring a recession, meaning it may take some time after the economy has already been in a recession for NBER to declare one.

The Bureau of Economic Analysis, which tracks the country’s gross domestic product, doesn’t have its own definition of a recession. When contacted last month, a spokesperson pointed the Washington Examiner to the NBER definition. Similarly, a spokesperson for Congress’s Joint Economic Committee also said the committee relies on NBER’s description.

In the meantime, economists and financial analysts must instead lean on a wide array of economic indicators to help inform them on whether the economy is recessed or is teetering on the verge of a recession.

The single biggest sign that the economy may be in a recession or nearing one is that GDP has shrunk. A historical rule of thumb is that two consecutive quarters of negative GDP growth constitutes a recession.

So when the BEA announced in a preliminary estimate that U.S. GDP fell at a 0.9% annualized rate in the second quarter, economists took notice. That came after negative 1.6% GDP growth in the first quarter.

“That’s an indicator that a lot of people point to if they’re in the ‘we’re in a recession’ camp,” Tara Sinclair, a professor at George Washington University, told the Washington Examiner.

The housing market is also starting to show signs of cracking.

The housing market index released Monday by the National Association of Homebuilders and Wells Fargo found that builders’ confidence in the market for new single-family homes sank 6 percentage points this month to fall into negative territory for the first time since a brief period at the start of the pandemic, which coincidentally was the last time there was a recession.

The eight straight months of falling homebuilder confidence is the longest such period of decline since the housing market crash more than a decade ago.

“Tighter monetary policy from the Federal Reserve and persistently elevated construction costs have brought on a housing recession,” said NAHB Chief Economist Robert Dietz. “The total volume of single-family starts will post a decline in 2022, the first such decrease since 2011.”

Housing starts, which measure the annualized change in the number of new residential buildings that began construction, declined by a hefty 9.6%, the Commerce Department said in another report released last week. Existing home sales fell to the lowest level in two years in July, the National Association of Realtors said Thursday.

While not a traditional indicator per se, when the Federal Reserve aggressively hikes interest rates, it has resulted in the economy falling into a recession. In order to fight explosive inflation, the Fed has been hiking rates at a historic rate, and in June and July alone, the Fed conducted two 75-basis-point hikes, akin to six typical rate hikes in just two months.

The action, which has become increasingly more desperate, is designed to slow economywide spending, and many economic experts see the Fed’s task of driving up rates while simultaneously avoiding a recession as increasingly unlikely. The more the central bank is forced to hike rates, the higher the odds become of the U.S. entering into an economic downturn.

A less well-known indicator of recessions is falling copper prices.

Copper has proven over centuries to be a procyclical commodity, which means when its price goes up, so typically goes the economy. But when the price of the metal begins to plunge, it could mean the economy is heading in the same direction.

Copper is now trading at about $3.59 per pound. That is a stark tumble from its peak of $4.94 in March — a nearly 27% decline in just a matter of months. Copper prices have risen slightly after falling to $3.23 last month.

The reason copper has historically been such a successful indicator is that it is used in a lot of what consumers buy, from household appliances to automobiles.

Indicators pushing back on a recession

Despite the negative indicators, there are positive aspects of the economy that are pushing back on the notion that the country is falling into a recession.

The single biggest, and most surprising, indicator bucking the notion of a recession is the strong labor market.

The economy added 528,000 jobs in July. The unemployment rate also unexpectedly fell to 3.5%, matching the ultralow level it was at prior to the pandemic.

It would be strange to be in a recession when the unemployment rate is even lower than it was during most of the economic expansion following the Great Recession.

This week, the Fed’s industrial production index — which measures factory, mining, and utility output — showed a strong 0.6% increase in July.

“Meanwhile, the nation’s factory lights were turned back on with manufacturing production jumping 0.7% in July after 0.4% declines in both May and in June,” said Chris Rupkey, chief economist at FWDBONDS. “The production of motor vehicles and parts exploded 6.6% as automakers pushed output to a new all-time high. Clearly, automakers are not home builders and see no waning demand for cars and light trucks on the part of the public.”

Jobless claims, while still low, have been ticking up in recent weeks. Last week’s jobless claim report clocked in at 262,000 new applications for unemployment, the highest level in months.

The number of jobless claims bottomed out at 166,000, tallied in mid-March, the lowest figure since 1968. The upward movement indicates that the economy may be faltering, although not by as much as one might expect given the Fed’s aggressive rate hikes.

Sinclair said she is watching new claims for unemployment closely as they are a bit of a leading indicator for recessions.

“Those have been creeping up a little bit recently but they’re still really historically low,” she said, noting that economists tend to look for them to cross a threshold of around 300,000 to 350,000 per week before the alarm bells start ringing.

All in all, the verdict is still out on a recession, but economists will be eagerly tracking each of these indicators as the Fed continues to jack up rates.