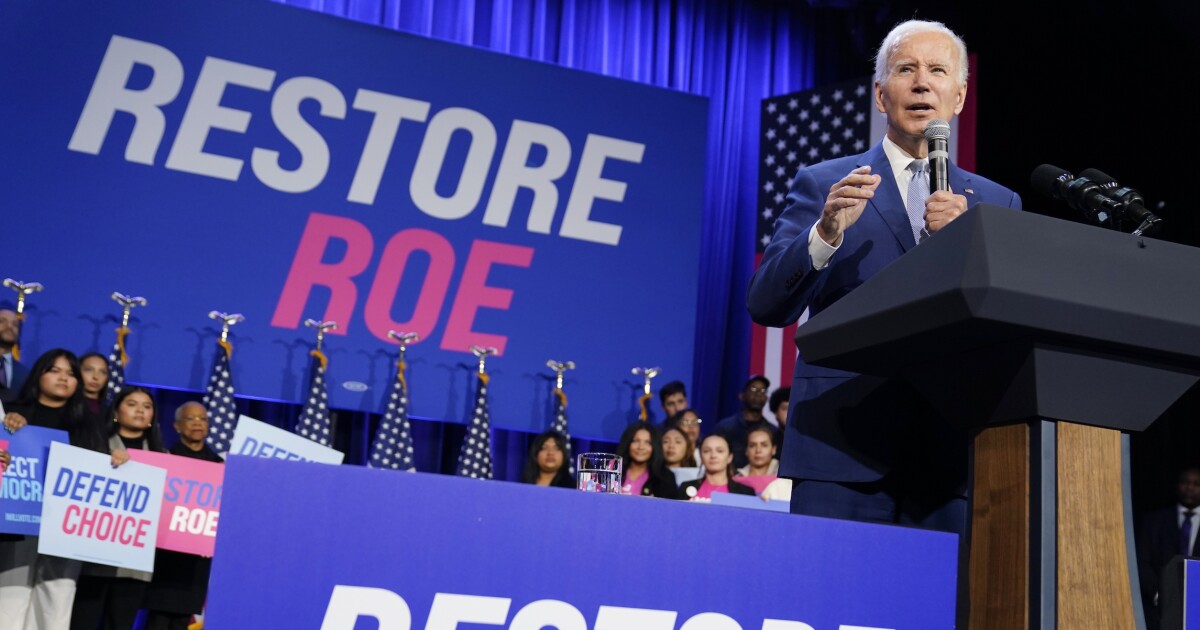 The White House defended its economic record on Tuesday as President Joe Biden works to shift the focus toward other issues, such as abortion and “MAGA” Republicans.

Biden has called taming inflation his top domestic priority but made a speech on protecting abortion rights Tuesday afternoon, which prompted questions from reporters.

“We’ve heard the president say inflation is his top domestic priority, but now, he’s saying, come next year, his first bill would be abortion-related,” Fox News reporter Peter Doocy said. “So, is his No. 1 domestic priority abortion, or is it inflation?”

White House press secretary Karine Jean-Pierre responded by pointing to legislation passed by Congress, such as the bipartisan infrastructure bill and the $1.9 trillion American Rescue Plan, though the latter has been blamed for making inflation worse.

Inflation is gearing up to be one of the dominant issues in the midterm elections.

A Trafalgar Group poll found that 54.4% of voters say rising gas prices will make them more likely to vote for Republican candidates in the midterm elections, including 55.5% of independents. Another poll, from the New York Times, found that voters who were focused on the economy and inflation favored Republicans over Democrats 64% to 30%.

Fully 44% of voters cited the economy as their top concern, up from 36% in July, though Democrats held a 20-point advantage among voters who cared the most about noneconomic issues.

Bloomberg forecasters now say there’s a 100% chance of a U.S. recession, which Doocy also brought up.

“How is it that we can be barreling toward a recession, and the economy, as the president says, is ‘strong as hell’?” he asked.