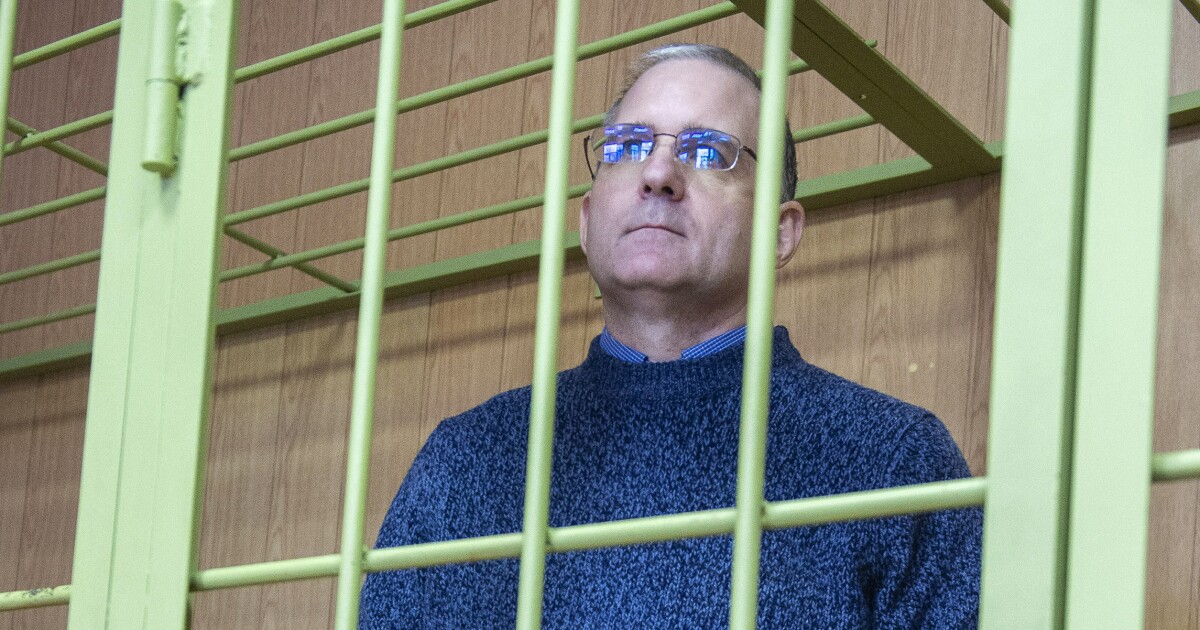 Paul Whelan has been detained in Russia for more than three years, and his sister Elizabeth is frustrated with what she described as the Biden administration’s “uneven” treatment of families with similar plights.

Elizabeth Whelan’s criticism of the administration came hours after President Joe Biden and Vice President Kamala Harris’s Wednesday phone call with Cherelle Griner, the wife of Brittney Griner, the WNBA superstar who has been detained since February. During the call, the president “read her a draft of the letter the president is sending to Brittney,” according to White House spokeswoman Karine Jean-Pierre.

“We have over 50 people wrongfully detained. We can’t expect that the president is going to, you know, hand call and … write letters to every detainee, but if he decides to do it with one family, he needs to do it with all, and this was my frustration,” Elizabeth Whelan told the Washington Examiner in an interview.

Earlier in the day, before the White House released a readout of Biden’s call with Cherelle Griner, a group of more than 1,100 prominent black women wrote a letter to the president and vice president to “make a deal to get Brittney back home swiftly and safely and to meet with Brittney’s wife Cherelle immediately.”

Elizabeth Whelan said she was initially “astonished” at the letter but is happy that the Griners have those resources to work to bring the WNBA star back.

“One of the reasons that I was upset is because I want to see a process working to bring home wrongfully detained Americans that doesn’t seem to be so lopsided in terms of the attention that … the particular families get and that other families don’t get, but in no way do I begrudge Cherelle and Brittany the attention that they’re getting,” she explained.

Elizabeth Whelan hasn’t met with the president despite multiple requests, though she said it isn’t the most pressing thing on her mind.

“I haven’t pushed. I mean, I submitted four letters asking for a meeting, but I haven’t kicked up a huge fuss because I’d really prefer that he was spending his time actually getting my brother home and not holding my hand,” Elizabeth Whelan explained.

Paul Whelan was arrested in his room at the Metropol Hotel in Moscow on Dec. 28, 2018, and was charged with espionage. Russian authorities say they caught him with classified information, though he and U.S. officials have said the charges were false. He was sentenced in June 2020 to 16 years in prison.

Biden has now spoken or met with both Cherelle Griner and the parents of Trevor Reed, another American who was detained in Russia but has since been freed via a prisoner exchange, after both engaged in publicity events to raise awareness. Whelan warned the president could send a message to families “that they must put on some kind of performance” to get his attention.

Biden’s meeting with the Reeds came weeks before the president decided to agree to a prisoner swap for Trevor’s return and, as such, “it creates the impression” that standing outside the president’s motorcade with signs and outside the White House were what brought their son home and not “months” of negotiations.

“Now, we have all of these families trying to get this attention, and it’s not helpful to the entire process of getting wrongfully detainees home. I just — I feel very frustrated about that,” Elizabeth Whelan added.

Griner was arrested on Feb. 17 for alleged drug possession, though the Biden administration maintains she has been wrongfully detained. In the ensuing four months, family members, friends, teammates, and advocates first kept a lower profile and have in recent weeks begun speaking out publicly, applying more pressure on the administration to bring her home.

Her trial started last week, though experts are quick to point out the extremely high conviction rate in Russian courts.