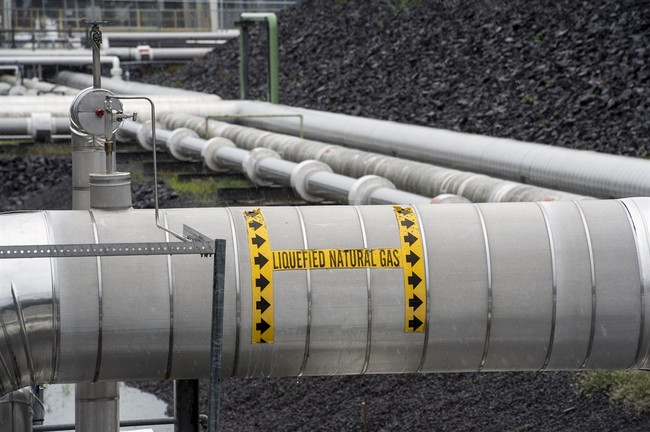 High energy prices have led legislators and some administration officials to call for a ban on the export of petroleum, liquefied natural gas (LNG), gasoline, diesel fuel, and other products. In fact, White House economic adviser Brian Deese recently said a ban on exports of gasoline and other refined products is on the table of options being considered by the Biden administration.

That would be not only a huge mistake, but also a major reversal in U.S. policy, which has focused on removing barriers to U.S. exports. The last time Congress passed Trade Promotion Authority legislation, one of the principal U.S. negotiating objectives was reducing barriers to U.S. exports. At the time, the goal was to reduce unfair foreign barriers to exports. Who could have imagined that the biggest risk to exports would come in the form of bans imposed by our own government?

More recently, President Biden’s trade office flagged numerous instances of export restrictions imposed by other countries as unfair trade barriers. For example, it flagged Russia’s export taxes on crude oil and natural gas along with increased export duties on refined products. Our country’s founders didn’t want to create a powerful central government that had too much power to interfere with trade, so they included a ban on export taxes in the Constitution.

Americans are further protected by WTO rules that do not permit export bans except in limited cases in response to a critical shortage. It would be incredibly presumptuous for the Biden administration to assert a critical shortage of energy in the United States in order to restrict exports of fuel to allies in Europe and elsewhere who face a legitimate energy crisis. U.S. credibility in challenging the use of export controls by Russia, China, and OPEC would be weakened by the imposition of U.S. export restrictions on gasoline or other products. Sen. Ed Markey (D-MA) wants the Biden administration to use WTO rules to our advantage. His OPEC Accountability Act calls for the United States to begin negotiations with OPEC leading to a possible WTO challenge.

The Biden administration called OPEC production limits shortsighted given the ongoing negative impacts of Putin’s invasion of Ukraine. U.S. limits on the export of gasoline and other refined products would also be similarly shortsighted. The misguided theory behind such proposals is that banning exports would increase the U.S. supply of energy and therefore reduce prices. But if the government were to impose an export ban that cuts off U.S. producers from 95 percent of their possible customers, the rational response for most industries would be to retrench and scale back rather than ramping up to meet our future needs. That’s certainly the case with respect to domestic energy production.

A better approach would be for the Biden administration and Congress to dismantle bad domestic policies such as the Jones Act, which makes it cheaper to ship U.S. gasoline from Baton Rouge to Brazil than to Philadelphia, or to allow companies to improve the country’s pipeline infrastructure. Otherwise, export bans may actually result in higher prices at the pump due to domestic supply constraints.

Banning gasoline exports because of a temporary increase in U.S. prices would set a dangerous precedent for every American producer who relies on international markets. For instance, Americans have recently seen food prices steadily rising. More than 20 percent of U.S. agricultural products are exported. What’s to stop the government from banning farm exports in order to lower food prices? It might sound far-fetched, but that’s exactly what countries like India have done in a misguided attempt to control food prices.

Picking an energy-export fight with our neighbors and other allies would also be sure to delight leaders in China and Russia. It would be tragic for the United States to reverse course on enforcing rules that prevent other countries from cheating at trade in order to impose energy export restrictions on Americans.

There will always be pressure for governments to force producers to sell their goods at cut-rate prices to domestic customers. Like most other efforts by the government to manipulate prices, these policies inevitably backfire by discouraging local production. Rather than adopting export bans that encourage a global race toward self-sufficiency, shortages, and political manipulation of markets, the Biden administration should get efforts to reduce barriers to U.S. exports back on track.

Bryan Riley is the director of the Free Trade Initiative at the National Taxpayers Union, a nonprofit dedicated to fiscal and economic policy at all levels of government.