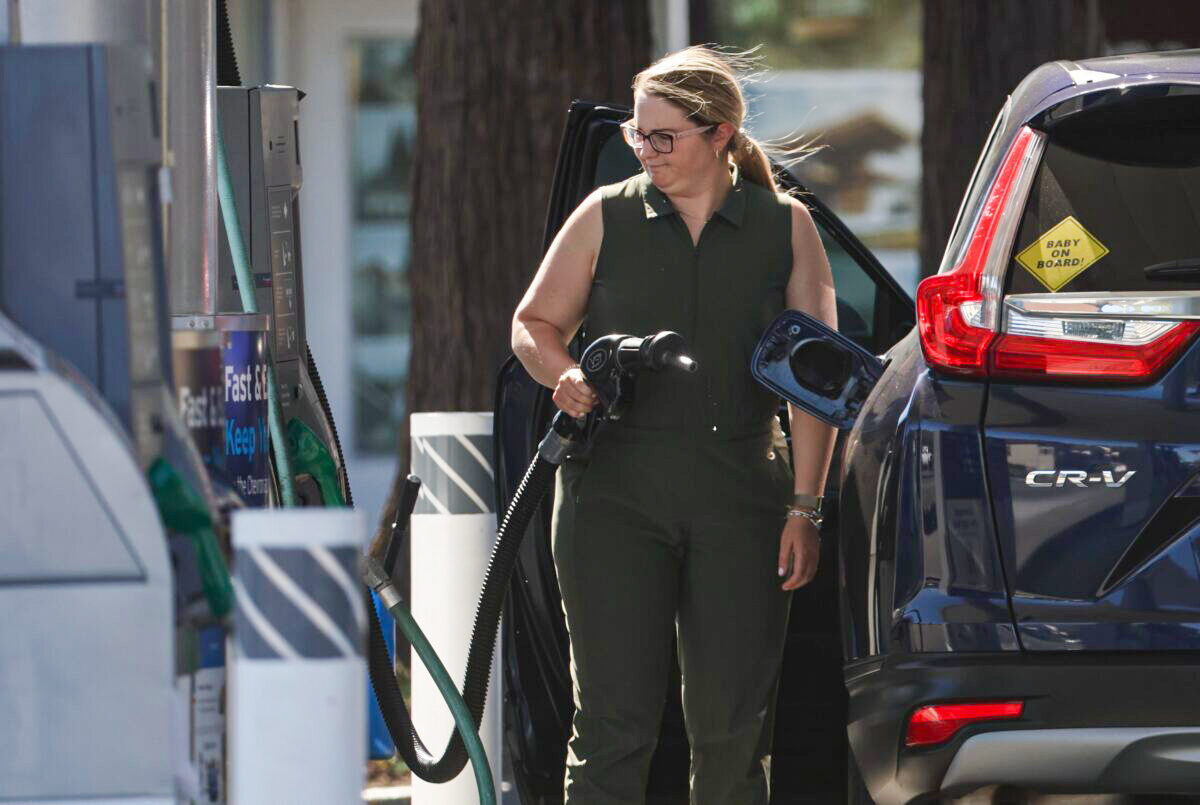 “We’ve been working really hard to bring the price down,” a COVID-stricken President Joe Biden claimed regarding gasoline prices in a virtual meeting with some of his energy and economic aides on Friday. It begs the question: how hard did he and his team work to bring the price of gas up over his first year and a half in office?

Gasoline can’t help but ripple out through the rest of the economy. Groceries, building materials, medical supplies, work or pleasure travel—there isn’t much of anything that doesn’t rely on a petroleum-powered vehicle to get from farm to table or factory to consumer. But this administration has been twisting itself into knots rationalizing the consumer pain of higher gas prices as a necessity to save the planet—before swiftly taking credit for any slight decline.

The president touted his release of a million barrels a day from the Strategic Petroleum Reserve beginning in the spring. Quite a bit of that actually ended up going to communist China, our primary global adversary, instead of the domestic destinations that were apparently intended. But that aside, wouldn’t someone dedicated to ending reliance on fossil fuels let all those hundreds of millions of barrels of oil sitting in underground tanks in Louisiana and Texas stay undisturbed? Especially when the supposed purpose is to lower gas prices—the opposite of what the green movement wants.

In a clunker of a gaffe during House testimony on July 19, Transportation Secretary Pete Buttigieg said, “the more pain we are all experiencing from the high price of gas, the more benefit there is for those who can access electric vehicles,” letting the cat out of the bag that high gas prices will allow the left to drag Americans kicking and screaming into the new world of cars that cost well over $30,000 and can’t travel 300 miles on a single charge.

On July 21, Buttigieg was posting on Twitter, “Good morning! Gas prices are going down.”

At the same time, White House press secretary Karine Jean-Pierre was gushing, “this is so exciting, guys” about the decline in gas prices that is delaying the day we are force-fed the medicine that will liberate us from the scourge of fossil fuels.

After Biden’s remarks on Friday, Council of Economic Advisers Chairwoman Cecilia Rouse declared that “we expect gas prices at the pump to continue to come down” in as much as “an additional 40-cent decline,” but in the next breath warned: “Of course, energy markets remain highly volatile … So oil prices could rise again. And it is very difficult to reliably predict where these prices will be over the longer term.”

In fact, it’s not difficult at all to see that the current modestly lower prices can’t be expected to last very long. The American Automobile Association earlier this month warned that “July is typically the heaviest month for demand as more Americans hit the road, so this trend of easing prices could be short-lived.” AAA spokesman Andrew Gross also pointed to a looming recession as an explanation, calling fears of a recession “a powerful motivator.” GasBuddy cautions that “There is still risk that prices could go up and reach new records, mainly if there is a hurricane or some other such unexpected event that shuts down oil or refining production.” The National Oceanic and Atmospheric Administration (NOAA) is predicting an “above-average” 2022 Atlantic hurricane season, with from 14 to 21 serious storms, including three to six major hurricanes.

The left has bullied refineries, which process crude into gasoline, diesel, and jet fuel, into closing shop in the aftermath of the drastically reduced demand during the COVID shutdowns, too few refineries being a major underlying factor in the price of gasoline; there were five fewer refineries at the beginning of this year than in 2020 before the pandemic savaged the economy. The United States hasn’t built a new oil refinery with significant downstream unit capacity since 1977.

“Gouging” is a term Washington loves to slander the oil industry with, but the Biden administration is not only guilty of perpetrating exactly what it accuses Big Oil of having done; it tries to take credit for lowering the inflationary gas prices it caused.

Views expressed in this article are the opinions of the author and do not necessarily reflect the views of The Epoch Times.

Thomas McArdle was a White House speechwriter for President George W. Bush and writes for IssuesInsights.com