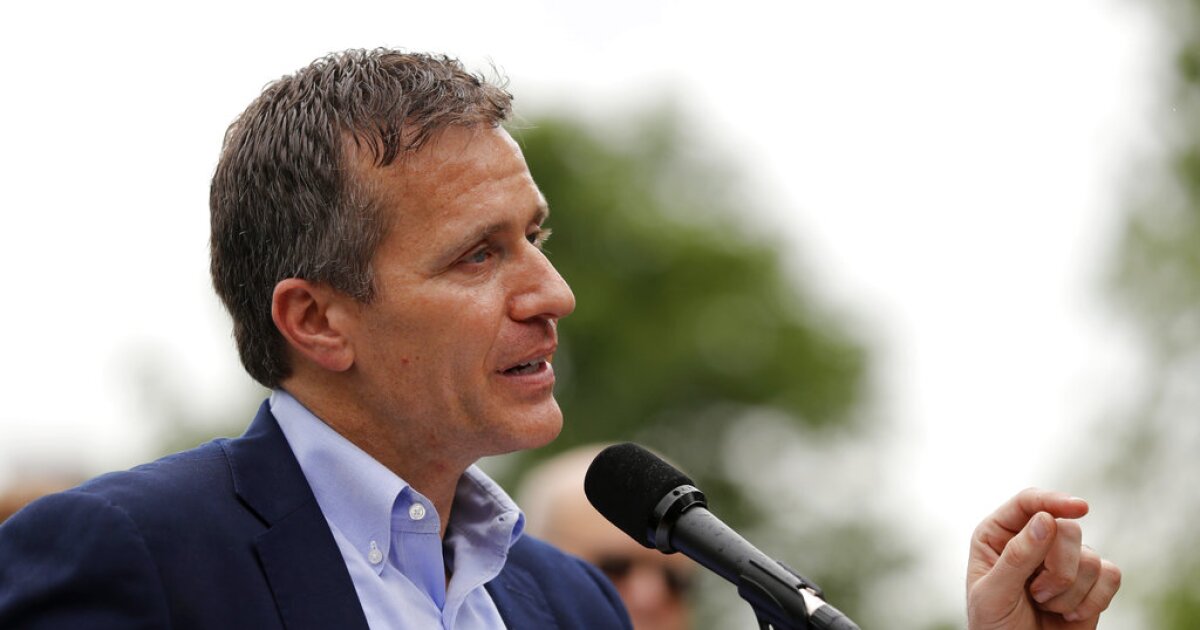 Ex-Gov. Eric Greitens, a Republican candidate for Senate in Missouri, is scheduled to testify next week in a child custody dispute with his ex-wife Sheena Greitens that includes abuse allegations just weeks before the state’s Aug. 2 primary.

Attorneys for both Eric and Sheena Greitens will be able to question the former couple under oath during a closed-door hearing scheduled for Wednesday, according to the Kansas City Star. The former governor will likely face questions about domestic abuse allegations made by his ex-wife.

Eric Greitens has sought to paint the allegations as fabricated by Washington Republicans and his ex-wife as a liar. Sheena Greitens made her allegations public in March, but documentation shows she made the same allegations of physical and emotional abuse against her and their children to a therapist and a lawyer in 2018.

Several Missouri Republican Senate candidates are running to succeed the state’s retiring Sen. Roy Blunt. Greitens has led much of the polling of the contest, but Missouri Attorney General Eric Schmitt and Rep. Vicky Hartzler (R-MO) have appeared to make gains in recent weeks.

Prominent state Republicans, including Sen. Josh Hawley, have endorsed different candidates. Some state and national Republicans have expressed their concern that nominating the scandal-plagued Greitens could cost Republicans an otherwise easy victory in a deep-red state in November.

Former President Donald Trump has yet to make an endorsement in the race, but he recently said he would not endorse Hartzler. Recent reports have indicated he is wavering as to which candidate he will support.

In March, Trump issued a statement asking if “the great people of Missouri been considering the big, loud and proud personality of Congressman Billy Long for the Senate?”

“This is not an endorsement, but I’m just askin’?” the statement read.