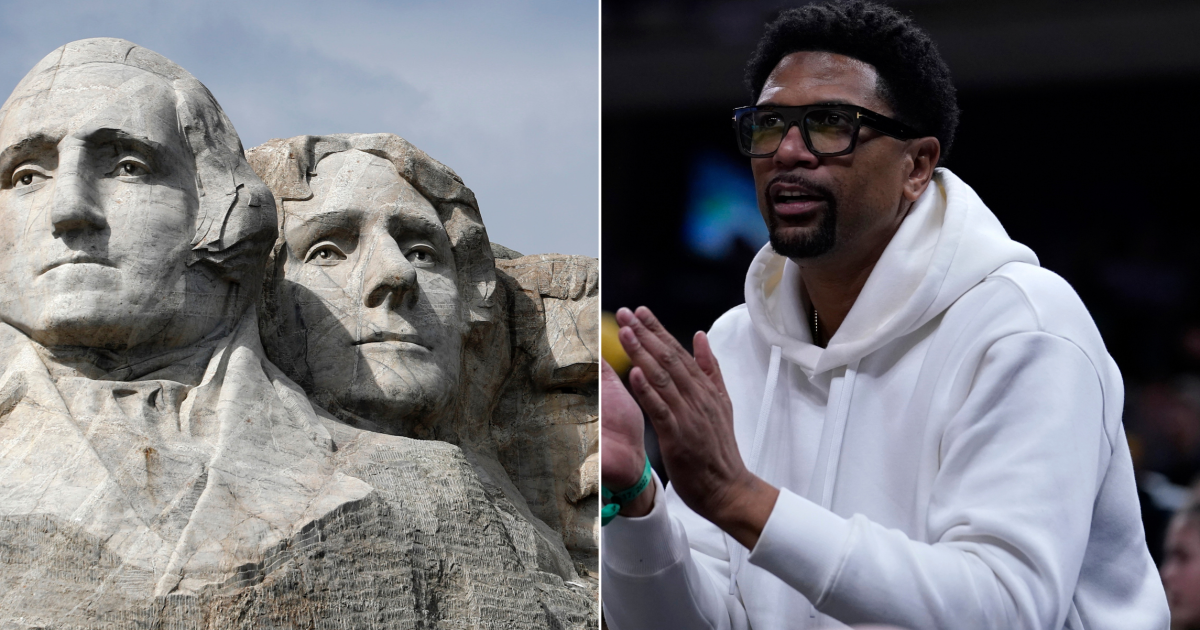 ESPN host Jalen Rose took to Twitter in an attempt to cancel the term “Mount Rushmore.”

Rose recorded a 90-second video of himself discussing at length his problems with the “offensive” term.

“Can we retire using ‘Mount Rushmore’? That should be offensive to all of us, especially Native Americans, indigenous people who were the first people here before Christopher Columbus,” Rose said. “That land was stolen from them when it was discovered that it contained gold.”

Rose was referring to the 1868 Treaty of Fort Laramie, which said that the Black Hills, where Mount Rushmore sits, were to be inhabited exclusively by the Lakota. In 1877, the treaty was broken, and the land was mined for gold.

The ESPN host pointed to the Washington Commanders and the Cleveland Guardians changing their names from Redskins and Indians, respectively.

“Why did they change the name?” Rose said. “Because it’s offensive.”

The Lakota had named the granite formation Tunkasila Sakpe Paha, meaning Six Grandfathers Mountain. The carving of the faces of former presidents George Washington, Thomas Jefferson, Abraham Lincoln, and Theodore Roosevelt began in 1927, shortly after the 1.2 million-acre area became Black Hills National Forest. Their sculptures were finished in 1941, and the location was added to the U.S. National Register of Historic Places on Oct. 15, 1966.