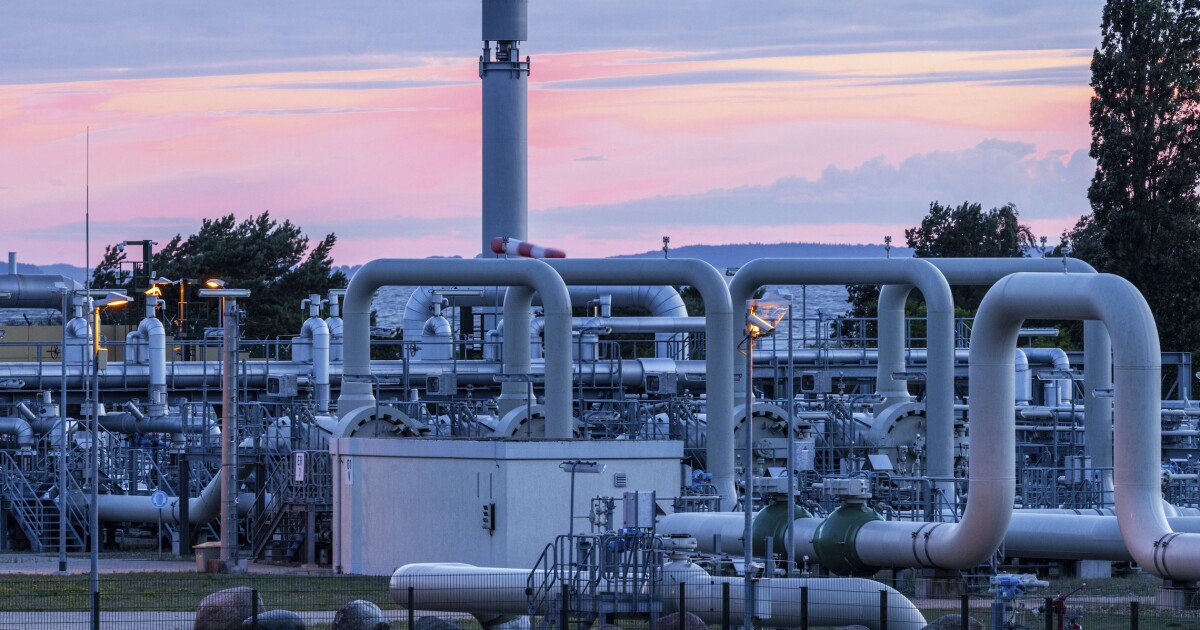 Supplies from Russia have already been choked off because of the temporary Nord Stream 1 shutdown for maintenance, which Russia has warned could be extended because of sanctions and other supply chain issues.

Now, though, European leaders are saying that Russia’s claims are a pretext for a larger, more permanent cutoff—and that the bloc should proceed under the assumption that Russian flows will not restart anytime soon.

Russia’s state-owned gas giant Gazprom shut down the pipeline last week for an annual period of maintenance, but also told customers it could no longer guarantee supplies due to “extraordinary” circumstances, bolstering fears that the gas deliveries might not resume at all.

“We are working on every possible scenario, and one of the scenarios that we have to factor in contingency planning is the possibility of flows not restarting,” a spokesperson for the European Union executive said at a press briefing Tuesday.

For weeks, EU leaders have accused Russia of weaponizing energy, and warned that Moscow might well be using the scheduled maintenance as a pretext to block all gas deliveries to the bloc—especially after Gazprom abruptly announced a 60% supply reduction last month, a move it attributed to sanctions.

“Today, Russian gas exports to the EU are half of what they were a year ago,” European commissioner for Energy Kadri Simson told reporters Tuesday. “These cuts are part of a deliberate strategy to weaponize gas trade.”

By halting deliveries, Russia aims “to spread uncertainty, destabilize the European market and prevent adequate filling of storage,” Simson said, adding that the cuts “are designed to increase energy prices and undermine the security of supply.”

EU leaders have raced to craft new emergency measures to help prepare for a feared Russian cutoff. On Wednesday, the European Commission is slated to unveil its so-called “winter preparedness plan,” which will include calls for countries to immediately reduce their gas use. (It remains unclear whether those cuts will be mandatory or voluntary.)

One draft measure, reported by Reuters, would suggest financial incentives for companies to reduce their gas use and switch to alternative fuels.

And on Monday, European Commission President Ursula von der Leyen announced the EU has signed a deal with Azerbaijan to double its gas imports to “at least” 20 billion cubic meters by 2027.

“It is clear that any extension of the Nord Stream outage would place even more pressure on the German and European gas markets in terms of storage injections, overall gas supply and market pricing,” Ed Cox, head of global LNG at commodity intelligence firm ICIS, told Breanne by email last week.

Cox stressed that Europe would need to import incredibly high volumes of LNG, “likely the highest we have ever seen.” The absence of other flexible alternatives “will likely mean direct competition with buyers in Asia which in turn will support prices in both regions,” he added. “Only limited additional new LNG volumes will come online this year, meaning more competition for existing supply.”

Germany, which relies on Russia for roughly 35% of its gas supplies, has been particularly aggressive in preparing for a cutoff. Earlier this week, the country said it is considering extending the life of its three remaining nuclear power plants beyond 2022 to protect its grid.

“Just to give you a figure: today, 12 Member States are already directly affected by partial or total cut-off of Russian gas,” von der Leyen told members of the European Commission this morning. “This is why the Commission is working on a European emergency plan.”

“We will present this plan and the necessary instruments by mid-July,” she added.