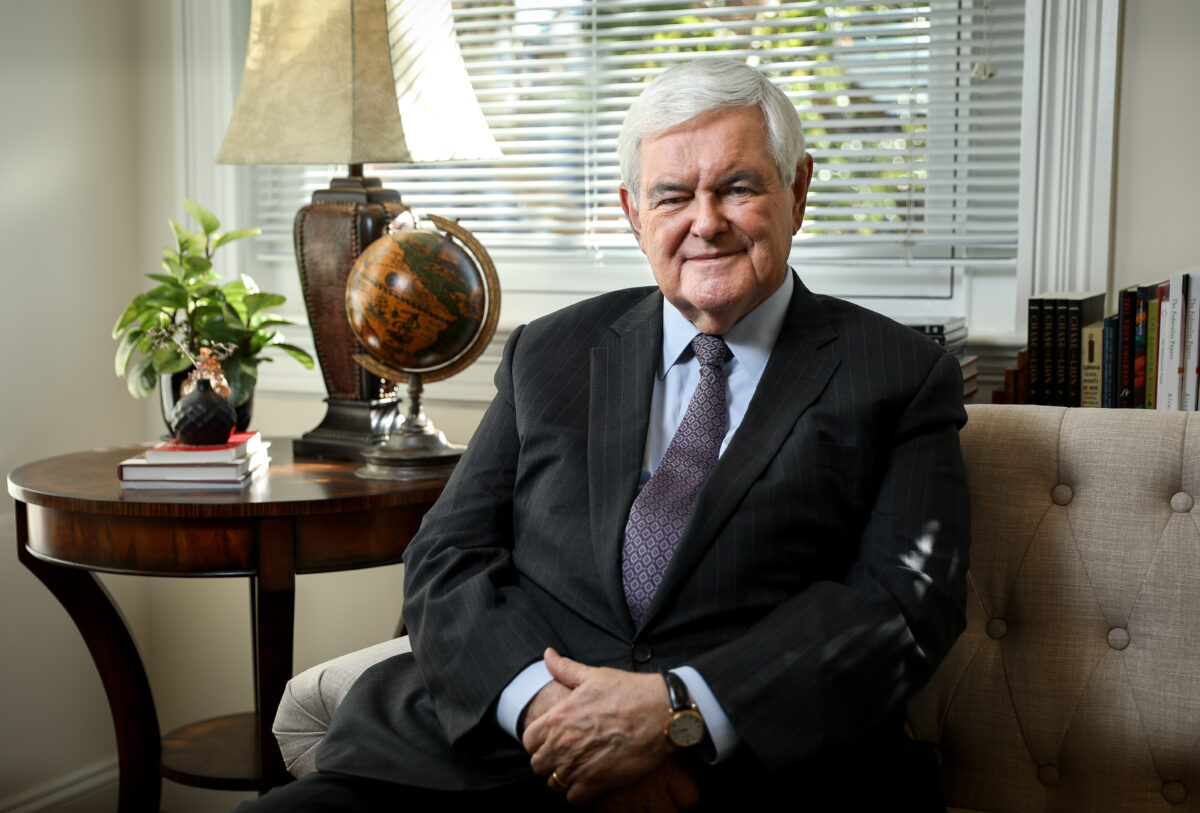 The Republicans could gain between three to seven seats in the Senate, and between 20 to 50 seats in House in the midterms, according to Epoch Times contributor and former house speaker, Newt Gingrich.

The GOP needs to flip five seats to win back House control. In the evenly-divided Senate, Republicans need to win one more seat to claim the majority.

With the November election day fast approaching, Democratic optimism appears to be fading as GOP candidates close in on key races across the country.

In New Hampshire, Republican challenger Don Bolduc has narrowed the gap between him and Democratic Sen. Maggie Hassan down to 2 points, according to an Oct. 20 poll by GOP pollster Fabrezio, Lee and Associates, well within the 4 percent margin of error. The poll, which was commissioned by Bolduc’s campaign, placed Hassan at 49 percent to Buldoc’s 47 percent.

In Arizona, the Trump-backed Republican Senate candidate Blake Masters is gaining ground after earlier stumbles. Polling data aggregator RealClearPolitics predicts the state to be a tossup, and gives the Democrat incumbent only a 2.5-point lead.

In Pennsylvania, Lt. Gov. John Fetterman’s double-digit edge has evaporated in recent weeks. A recent AARP Pennsylvania poll conducted by Fabrizio Ward and Impact Research showed Fetterman with a 48 percent to 46 percent lead, which is within the margin of error of 4.4 percentage points.

In Georgia, Democratic Sen. Raphael Warnock’s lead over the Republican nominee Herschel Walker is sliding too. A recent Landmark Communication poll had the two tied at 46 percent, while an InsiderAdvantage survey showed Warnock only 2 points ahead, within the margin of error of 4.2 percent.

“Almost everywhere in the country, races are showing the Republicans tightening up,” said Gingrich, a contributor to The Epoch Times. And according to him, Democrats have only themselves to blame.

Crime, inflation, border security, and “woke policies,” he said, all “coming together” against Democrats’ favor.

“When you have sort of insane left wing Democrats who believe that you don’t need prisons and that things can be dealt with by just being nice to murderers, I think the average person just thinks this is crazy,” he said, pointing to the crime concerns in New York as an example.

For gubernatorial candidate Rep. Lee Zeldin (R-N.Y.), who has made crime a campaign focus, the issue hit close to home on Oct. 9 when a shooting wounded two minors outside of his front porch with Zeldin’s two 16-year-old daughters inside the house. Zeldin, who was out campaigning at the time, said that one bullet landed 30 feet away from the kitchen table where his two teenage daughters were doing homework.

With near-daily press conferences to highlight the city’s crime crisis and his opponent’s failure to address it, Zeldin’s been closing in on Democrat Gov. Kathy Hochul in the gubernatorial contest, with the gap tightening to low single digits, positioning him for a potential upset victory in a deep blue state.

Inflation, crime, and immigration are Republicans’ key campaign issues. In a handful of recent polls, voters appear to find them their biggest concerns at the moment.

House Speaker Nancy Pelosi (D-Calif.) on Oct. 18 claimed that a New York Times/Siena poll showing that the economy and inflation ranked as voters’ top two concerns was an “outlier,” and that abortion is on top of voters’ minds.

“I can tell you that women’s concerns about their freedom are very, very much still very significant in terms of how they will vote,” she told MSNBC. “It’s a matter of who turns out to vote,” she said, adding that she feels “pretty good” about her party’s chances.

Abortion Issue Not Paying Off for Democrats

The abortion issue, however, is unlikely to help the Democrats as much as Pelosi and other Democratics may think, according to Gingrich.

“Republicans are actually winning the argument, because it’s a question of who’s the more extreme,” he said.

The former speaker pointed to the position of Warnock, the Democratic senator from Georgia who has described himself as a “pro-choice pastor.” Warnock has sought to portray his challenger Walker’s pro-life stance as extreme, but has himself remained silent on whether he supports any limits on abortion. Walker said during an Oct. 14 debate that he agrees with the state’s law that prohibits abortion after six weeks, and allows exceptions for rape, incest, and the life of the mother.

“People actually think the Democrats are more extreme in their eagerness to kill babies than Republicans are in their desire to save babies,” said Gingrich.

The abortion issue is actually one that is “not helping Democrats as much as they think,” he added.

“Because their activists are so intense, and so rabid, and their activists have been giving money, it feels like it’s a good issue for them. But when you go out to the country beyond the hard left of the Democratic Party, it’s in fact, not working for them at all.”