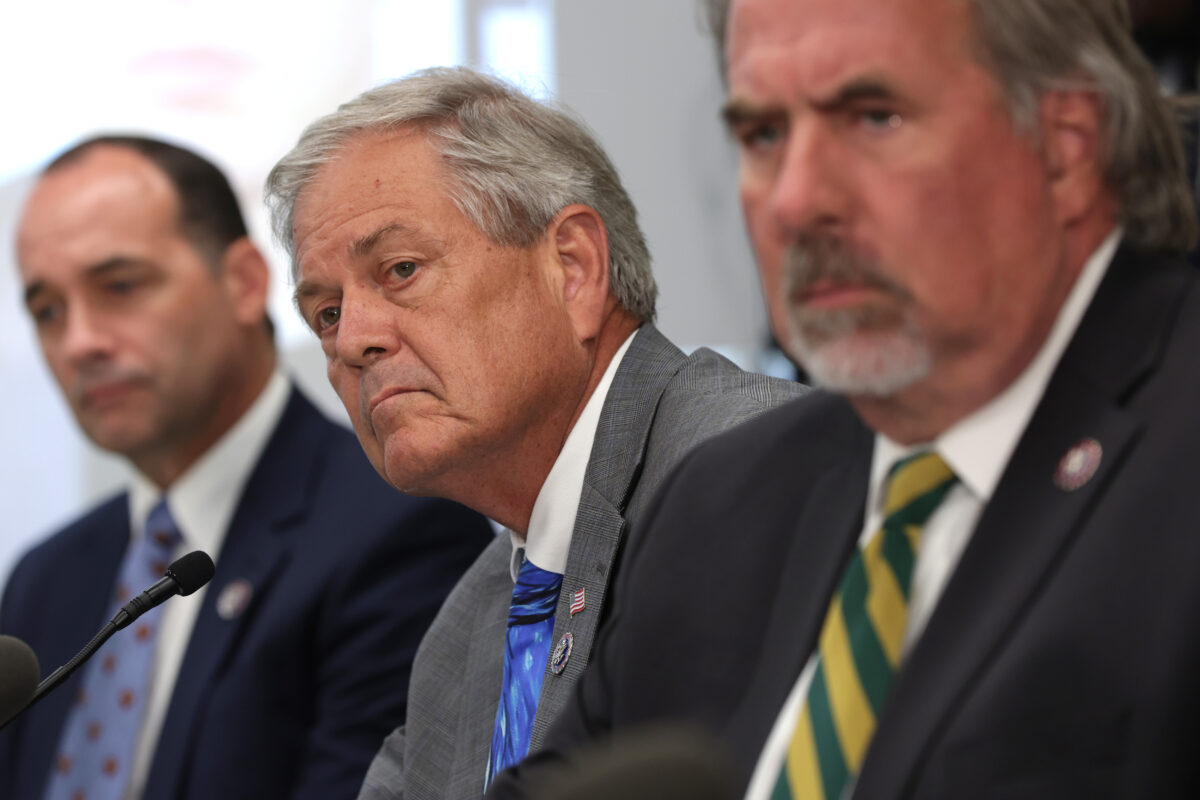 Republican lawmakers are pressing President Joe Biden to make clear whether he had a role in auctioning off oil from U.S. emergency reserves to a Chinese entity that has been previously linked to his younger son.

Rep. Ralph Norman (R-S.C.) on July 26 led a letter flagging the sale of U.S. strategic oil reserves worth hundreds of millions of dollars to Chinese state-owned Unipec over concerns that such transactions could stand to benefit the president’s son Hunter Biden.

If true, this would mark an “unlawful activity,” potentially posing an “unethical and potentially illegal abuse of the powers of the office of the President of the United States,” the lawmaker said in the letter shared with The Epoch Times.

Unipec is the U.S. subsidiary of Chinese state-run oil giant Sinopec. Since last September, Unipec has won contracts for nearly 6 million barrels of reserve oil, with a total worth of about $464 million, The Epoch Times has reported.

‘If Hunter Biden Were Instead Hunter Trump’

BHR Partners, a Chinese private equity firm co-founded by Hunter Biden, has made investments in Sinopec. While Hunter’s lawyer last November said that the younger Biden has divested his 10 percent stake in BHR, the Chinese firm’s 2021 annual report released in June still listed Hunter as a shareholder, according to Chinese financial records.

“Sadly, the allegations about Hunter’s self-profiting did not come as a surprise to many of us as we have grown to expect seeing reports of nepotism within this administration,” Norman wrote, citing reports of Biden family members allegedly profiting off official positions Biden has held since he was the senator for Delaware. These include Hunter traveling on Air Force Two to China, when his father was vice president, to broker a multimillion-dollar business deal with Chinese corporations,” the lawmaker wrote.

“If the allegations before us now are true, the American people deserve to know whether or not their President directly participated and benefited from any and all unethical actions,” wrote Norman in the letter.

The lawmaker described the allegations regarding the oil sale as “severely unsettling, and if true, may even constitute an impeachable offense under the ‘bribery, or other high crimes and misdemeanors’ clause of Article 2 of the Constitution.’”

“If Hunter Biden were instead Hunter Trump, every media outlet across this nation would be screaming non-stop about his shady dealings,” Norman told The Epoch Times.

“It’s bad enough that the President’s policies have caused energy prices to skyrocket to the point where he felt compelled to release our emergency strategic reserves to artificially lower prices. The fact that his son stands to profit financially from this should outrage every American.”

The Strategic Petroleum Reserve is the world’s largest oil reserve that intends to alleviate oil shortages in the United States in times of wars or natural disasters.

A third of the Unipec purchase, or 1.9 million barrels total, came after Biden in March ordered the largest oil release in the reserve’s history. The measure will see the oil stock shrink by a third by this fall, which the president has described as necessary to “help American families who are paying more out of pocket” due to “Putin’s price hike at the pump.”

“The oil within the Strategic Petroleum Reserve was intended for the American people, not for adversarial countries, and certainly not to make the Biden Family richer at a time when our citizens are paying almost $5.00 a gallon for gasoline and $6.00 for diesel,” he wrote in the letter.

Ian Sams, a spokesperson for the White House Counsel’s Office, on July 22 dismissed Republican criticisms of the sale as “ridiculous and false.”

He told Fox News that the Department of Energy is required by law to sell the oil supply to the highest bidder, “regardless of whether that bidder is a foreign company,” and that “the president had no personal involvement in this process whatsoever.”

The Epoch Times has reached out to the White House for comments over the allegations.

Norman, in the letter, requested a list of documents, including Treasury Department records on all corporate entities linked to Hunter, financial reports stating whether or not Hunter is still bound to BHR, and a signed affidavit from Hunter promising not to benefit from the oil sales, as well as communications between the president and Hunter since the president took office relating to China, oil, Sinopec, Unipec, BHR, and Hunter’s overseas business transactions.