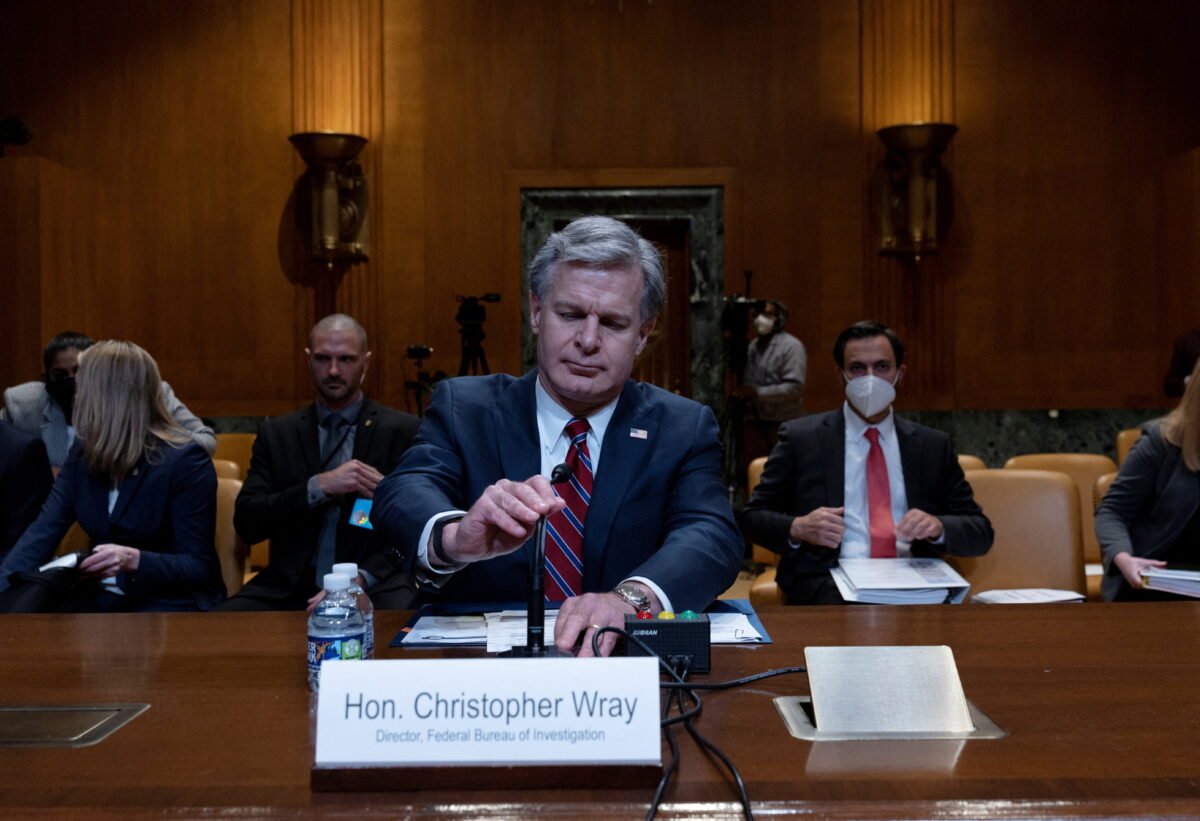 In the heat of the 2020 presidential race, a group of Democratic lawmakers raised the allegation that foreign actors were spreading disinformation in order to sway Congress and the election. The FBI ran with that allegation and used it to shut down a legitimate investigation of alleged crimes committed by Hunter Biden, son of then-candidate Joe Biden, according to a letter recently sent by Sen. Chuck Grassley (R-Iowa) to the heads of the Justice Department and the FBI.

“The allegations provided to my office appear to indicate that there was a scheme in place among certain FBI officials to undermine derogatory information connected to Hunter Biden by falsely suggesting it was disinformation,” it says, noting that “the volume and consistency of these allegations substantiate their credibility.”

The allegations indicate “systemic and existential problems” within the FBI and the Justice Department (DOJ), Grassley said.

“If these allegations are true and accurate, the Justice Department and FBI are—and have been—institutionally corrupted to their very core to the point in which the United States Congress and the American people will have no confidence in the equal application of the law.”

Based on the timeline sketched out by the letter, “the FBI developed information in 2020 about Hunter Biden’s criminal financial and related activity.”

Hunter Biden’s activities were, at the same time, probed by Grassley and Sen. Ron Johnson (R-Wis.), who at the time headed the Senate finance and homeland security committees.

In July, a group of Democrat lawmakers, including Sen. Chuck Schumer (D-N.Y.), House Speaker Nancy Pelosi (D-Calif.), as well as Reps. Adam Schiff (D-Calif.) and Eric Swalwell (D-Calif.) asked the FBI to give all Congress members a “defensive counterintelligence briefing” because of what they called an appearance of “a concerted foreign interference campaign, which seeks to launder and amplify disinformation in order to influence congressional activity, public debate, and the presidential election in November.”

Based on leaks to the Washington Post, the supposed disinformation pertained to materials provided to Rudy Giuliani, then-lawyer for President Donald Trump, by a former Ukrainian official with historical ties to Russian intelligence.

Shortly after, Sens. Gary Peters (D-Mich.) and Ron Wyden (D-Ore.), the top democrats on the finance and homeland security committees at the time, asked Grassley and Johnson to get a briefing for the committees from the FBI Foreign Influence Task Force, citing their concerns over the info from the Washington Post article (pdf).

Then, in August, FBI supervisory intelligence analyst Brian Auten opened an “assessment” that was then used by the Foreign Influence Task Force at the FBI headquarters “to improperly discredit negative Hunter Biden information as disinformation,” according to the Grassley letter.

That same month, the FBI also gave “an unsolicited and unnecessary briefing” to Grassley and Johnson “that purportedly related to our Biden investigation,” the letter says.

Contents of that briefing were then leaked to the media to paint the probe as amplifying foreign disinformation. Grassley argued that nothing in that briefing was substantially relevant to the investigation.

In September, the Foreign Influence Task Force members started to talk to FBI agents at the Washington Field Office who were looking into the Hunter Biden information.

The field office agents were interviewed “in furtherance of Auten’s assessment” and were told that the Hunter Biden info “was at risk of disinformation,” the letter says. Yet, according to the whistleblowers, “all of the reporting was either verified or verifiable via criminal search warrants.”

The task force members put together a file that supposedly justified the disinformation assessment, but they placed it in “a restricted access sub-file reviewable only by the particular agents responsible for uncovering the specific information,” Grassley said, adding that “this is problematic because it does not allow for proper oversight and opens the door to improper influence.”

In October, the Hunter Biden inquiry at the Washington field office was shut down by the local Assistant Special Agent in Charge, Timothy Thibault.

“Thibault allegedly ordered the matter closed without providing a valid reason as required by FBI Guidelines,” the letter says.

“Despite the matter being closed in such a way that the investigative avenue might be opened later, it’s alleged that FBI officials, including ASAC Thibault, subsequently attempted to improperly mark the matter in FBI systems so that it could not be opened in the future.”

The letter touches on a lineup of explosive issues.

Hunter Biden’s foreign business dealings have been a subject of public debate for years together with allegations of his selling access to Vice President Joe Biden during the Obama administration. Before the 2020 election, Democrat-aligned media and social media suppressed information about the foreign dealings and Hunter Biden’s sordid personal life found on his laptop. A group of former intelligence officials came forward backing the claim that the laptop was a part of foreign disinformation, even while John Ratcliffe, then-director of national intelligence, said there were no such indications.

Months later, the media with no fanfare acknowledged that not only was the information real, but Hunter Biden was still under FBI investigation. Polling indicated that if the public was aware of the suppressed story ahead of the election, it could have cost Joe Biden several percentage points of voters—possibly enough to thwart his bid.

Thibault was earlier this year referred to the FBI and the DOJ Inspector General by Grassley for likely violating internal guidelines and regulations and possibly the law because he “liked,” posted, and reposted articles bashing Trump and then-Attorney General William Barr on social media. That could be a violation of the Hatch Act, which prohibits federal employees from engaging in political activity.

“These illustrative social media posts call into question ASAC Thibault’s ability to perform the duties and responsibilities of an FBI agent objectively and without bias,” Grassley said in a May 31 letter to Attorney General Merrick Garland (pdf).

Auten, meanwhile, is the analyst repeatedly criticized by DOJ Inspector General Michael Horowitz in his report on the FBI’s Trump-Russia 2016 investigation. Auten was responsible for vetting the Steel dossier, a collection of false allegations of Trump-Russia collusion that was paid for by the Clinton campaign and used by the FBI to get a spy warrant on Trump campaign aide Carter Page. Time and again, Auten failed to disclose to the surveillance court that the dossier was unsubstantiated and getting debunked the more the FBI tried to verify it, investigative journalist Paul Sperry detailed in his last year’s deep dive into Auten’s role.

The FBI acknowledged receiving Grassley’s letter when reached by The Epoch Times but declined to comment further.

The DOJ didn’t respond to a request for comment.

Offices of Sens. Grassley, Schumer, Peters, and Wyden as well as the offices of Speaker Pelosi and Reps. Schiff and Swalwell didn’t respond to requests for comment.