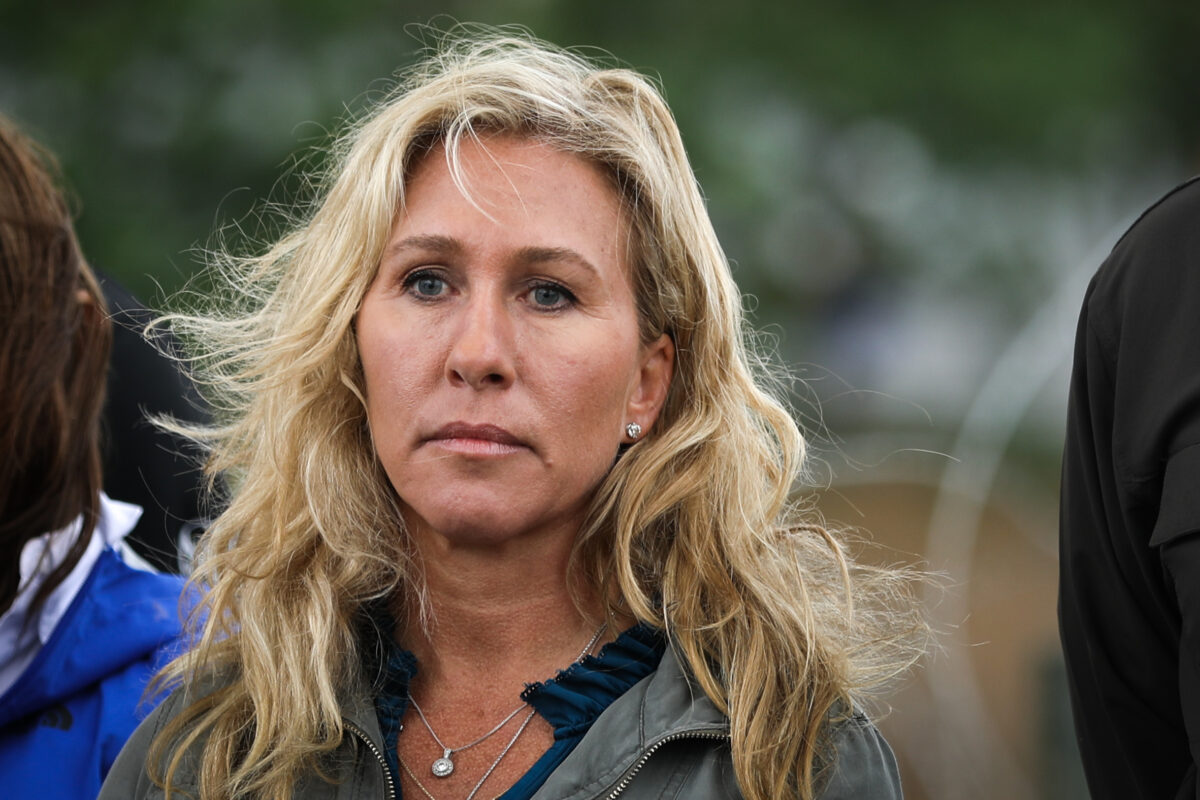 “The raid is unprecedented because it’s never happened in American history. And it shouldn’t have happened,” Greene told The Epoch Times and NTD as part of a special report on the FBI raid, airing on Friday, Aug. 12 on Epoch TV at 9pm.

The documents in Trump’s possession weren’t important to the current administration or the FBI so Trump did “nothing wrong,” Greene added.

Trump said a raid like this one “could only take place in broken, Third World countries.”

He also called it “prosecutorial misconduct, the weaponization of the justice system, and an attack by radical left Democrats who desperately don’t want [him] to run for president in 2024, especially based on recent polls.”

The FBI raid follows a pattern reaching all the way back to 2016, when the Obama administration wiretapped Trump Tower, Greene said.

She claimed “And all of them have been lies and false accusations.”

In the past week, the FBI also confiscated the cell phone of Trump ally Rep. Scott Perry (R-Pa.), Greene noted. She said that these actions are part of a plan to stop Trump’s 2024 campaign before it starts.

“They see the support that he has all over the country. His rallies terrify them, because so many thousands and thousands of people always show up at every single rally,” Greene said. “And they … see the writing on the wall.”

“And this time, he’s going to finish the job that he started in his first term.”

When the former president returns to office, he will know “who his enemies are and the enemies of the American people in Washington, DC,” Greene said.

Greene said that Trump and his allies in Congress plan to focus on getting unelected bureaucrats out of government.

“We’re gutting them out of these institutions, because they are the most dangerous people. They are the ‘enemy within’ inside our government. They have to be removed,” she said.

The FBI raid on Trump has shocked voters in her district, Greene said. Voters also fear the expansion of the IRS by 87,000 more agents, she added.

After the FBI raid, Trump supporters have given the former president record-breaking donations.

Greene closed her comments by saying that Democrats are more concerned about stopping Trump than fixing real problems with crime, the border, and the economy.

“I think that shows everyone exactly who they are,” she said. “They aren’t for the American people. They’re America last, and all they care about is defeating all of us.”

Jackson Elliott reports on small-town America for The Epoch Times. He learned to write and seek truth at Northwestern University. He believes that the most important actions are small and that as Dostoevsky says, everyone is responsible for everyone and for everything. When he isn’t writing, he enjoys running, reading, and spending time with friends. Contact Jackson by emailing jackson.elliott@epochtimes.us