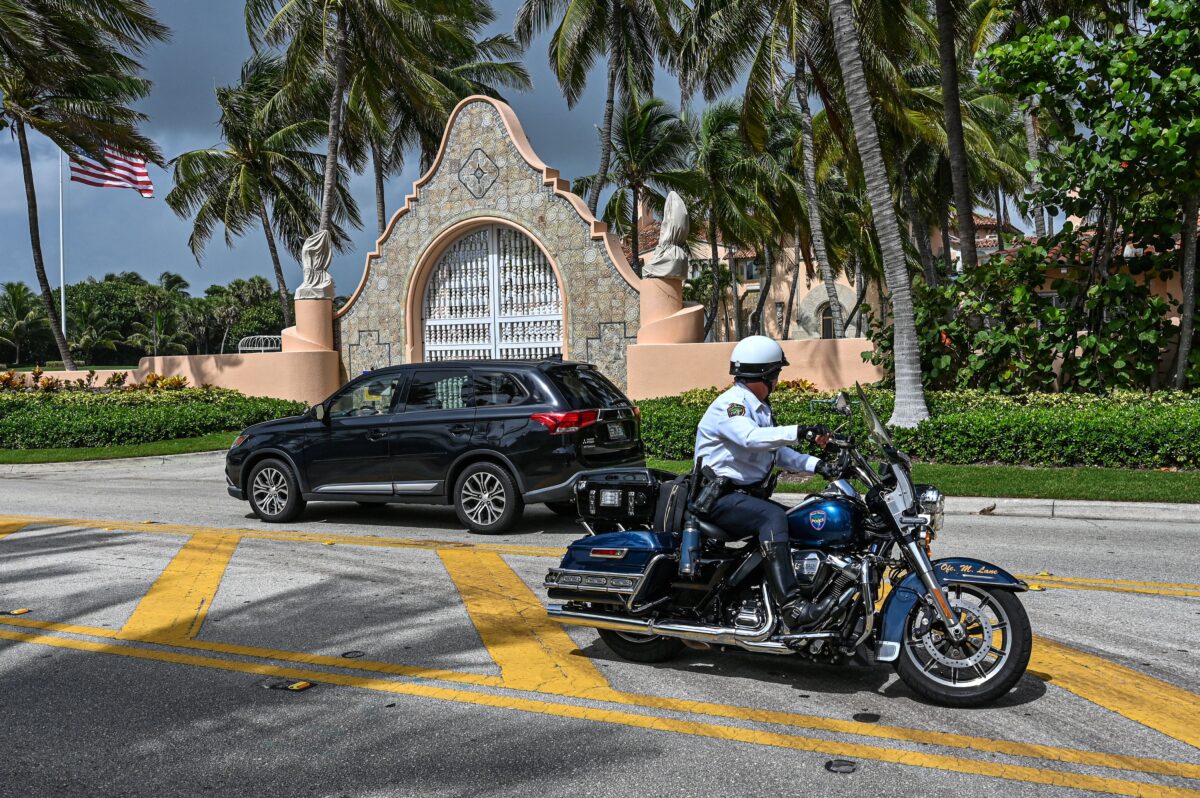 There’s reason to suspect the FBI search of the Florida residence of former President Donald Trump was improperly intrusive, according to several lawyers. The raid prompted a rebuke from Trump and Republicans more broadly and further escalated political tensions in the nation.

About two dozen FBI agents entered Trump’s Palm Beach resort of Mar-A-Lago around 9 p.m. on Aug. 8 and left about 10 hours later with “a handful of boxes of documents,” one of Trump’s attorneys on scene, Christina Bobb, told The Epoch Times.

“I didn’t actually get to oversee the search, they wouldn’t let anybody see what they were doing,” she said.

It isn’t clear what legal basis the FBI had for the raid. The agents had a search warrant signed by a judge, however, the affidavit explaining the basis—its probable cause—was filed under seal and Trump’s lawyers weren’t allowed to examine it, Bobb said.

In general, the agents were looking for “what they deemed to be presidential records,” she said.

“I don’t think there was anything of substance.”

Trump’s legal team will take steps to obtain the affidavit, she said.

There has been a dispute between National Archives and Trump about whether he has documents that should be stored at the archives under the U.S. Presidential Records Act.

Trump has been cooperative on that front, Bobb said, and previously had invited the FBI to Mar-A-Lago to examine the White House records he had in storage at the time.

The raid may have been illegally invasive, according to former federal prosecutor Mike Davis.

“Under the case law, you can’t do a home raid if you can secure the documents through less intrusive means,” he told “Bannon War Room” on Aug. 9.

The FBI had to first determine that requests for the documents or even subpoenas wouldn’t be sufficient, said Davis, who formerly advised Sen. Chuck Grassley (R-Iowa) on judicial nominations and now heads the Article III Project.

“There was no allegation or evidence that he [Trump] was destroying any of this evidence or putting it into the wrong hands. This is banana republic-level tactics from the Biden Justice Department.”

Even if Trump took classified documents, he took possession of them when he was still chief executive and had the authority to declassify them, Davis said.

Bobb suggested that the invocation of classified documents was a disingenuous attempt of “shrouding this in a national security blanket.”

“Well, no, the American people aren’t going to stand for that anymore.”

Even if the DOJ tried to charge Trump for withholding documents, it wouldn’t hold up, Bobb said, because the statute in question requires “willful” violation and Trump would have had to have “some malicious intent” to take specific documents.

“They would have to lay the foundation that Donald Trump actually packed up his own office” or ordered somebody what specifically to take, she said.

If Trump had documents that should go to the archives, it would add him to a lineup of former government officials.

Former FBI Director James Comey took his handwritten notes when he was fired by Trump in 2017. His home wasn’t raided. He handed the notes to FBI agents who came to interview him.

The Obama administration didn’t just fail to hand over documents, tens of thousands of its documents went missing or were destroyed. No homes were raided.

Former Secretary of State Hillary Clinton failed to hand over tens of thousands of emails and documents from her server, claiming they were of a personal nature. The FBI was able to retrieve some of the documents, revealing that many were work related. Moreover, the documents were under congressional subpoena at the time when a Clinton aide deleted them.

The raid prompted an immediate wave of skepticism, particularly because the FBI and the Department of Justice (DOJ) have a history of breaking protocol, misrepresentations, and even forging of evidence, in their case against Trump and members of his campaign.

“After six years of unfounded, absurd investigations of President Trump, the presumption is that any investigation of President Trump is politically motivated, and the burden of proof is on FBI/DOJ to prove otherwise,” Will Chamberlain, senior counsel at the Internet Accountability Project, wrote in an Aug. 9 tweet.

In 2017, the FBI and DOJ obtained two extensions of a spying warrant on former Trump campaign aide Carter Page although the warrant was based on false or unsubstantiated allegations. The FBI later acknowledged that spying based on the extensions was illegal.

The FBI also has a history of harsh treatment of people associated with Trump. His aides had been arrested at gunpoint, handcuffed, and perp-walked, and their homes and offices had been raided in pursuit of trivial or nonviolent offenses, even when the targets were cooperating with the government.

Shoe on the Other Foot

The Trump raid increased the already polarized political playing field, as Republicans can now argue that home raids of former presidents are acceptable.

“They’re setting a very dangerous precedent where you can do a home raid of a former President of the United States,” Davis said, noting that such a thing has never happened “in our 250 years as a republic.”

Already, Republican lawmakers are promising to subject the DOJ and the FBI to intense scrutiny, with the expectation of reclaiming the majority in the House after the November midterms.

“When Republicans take back the House, we will conduct immediate oversight of this department, follow the facts, and leave no stone unturned,” House Minority Leader Rep. Kevin McCarthy (R-Calif.) said in an Aug. 8 statement.

“Attorney General Garland: preserve your documents and clear your calendar.”

The search warrant was issued by U.S. Magistrate Judge Bruce Reinhart in the Southern District of Florida. Reinhart was a senior prosecutor in the U.S. Attorney’s Office for the Southern District of Florida when the office reached a non-prosecution agreement with Jeffrey Epstein, who was later indicted for sex trafficking children and died by apparent suicide in a New York jail.

Upon leaving office, Reinhart went into private practice and represented multiple Epstein associates and employees in civil cases against Epstein by his alleged victims.

Reinhart was appointed a magistrate judge in 2018 by the district judges in the Southern District of Florida.

The warrant was issued on Aug. 5, the day after FBI Director Christopher Wray testified to the Senate Judiciary Committee and was questioned about multiple whistleblower reports alleging politicization of the bureau. Wray cut the questioning short because he said he had to urgently travel. Flight records indicate he flew in the FBI private jet to his vacation retreat in the Adirondacks, according to New York Post columnist Miranda Devine.