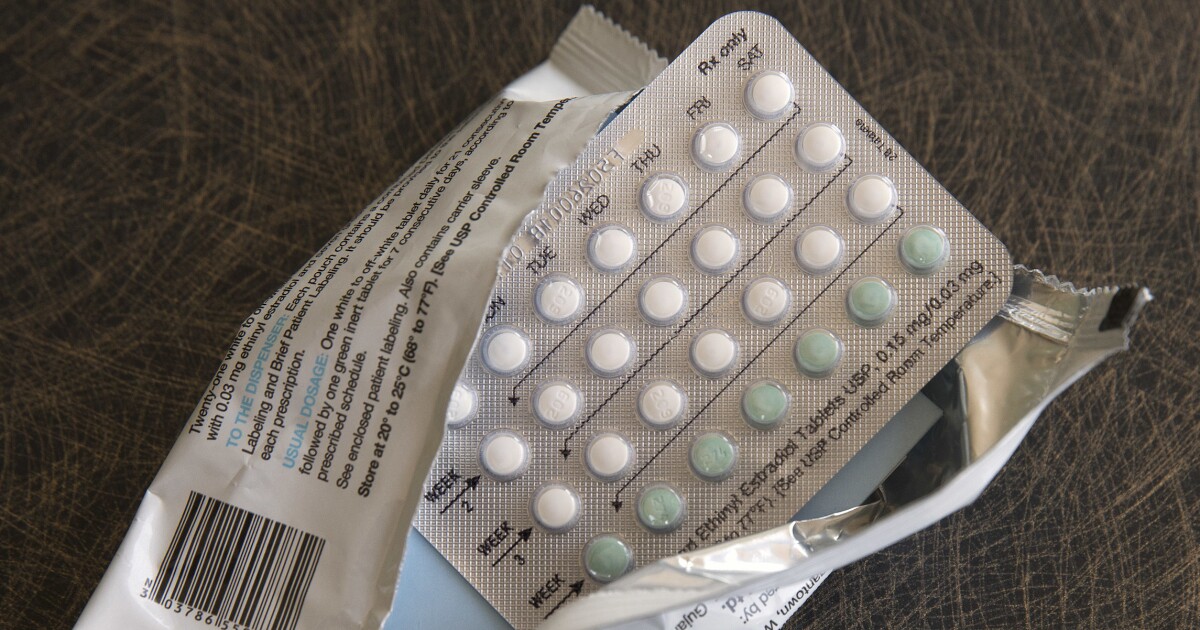 The Food and Drug Administration will consider a French pharmaceutical company’s application to make its birth control medication available over the counter.

HRA Pharma, a subsidiary of Perrigo, has requested that its non-estrogen oral contraceptive be made available without a prescription. If approved, the daily birth control pill would be the first ever to be approved for over-the-counter use.

“This historic application marks a groundbreaking moment in contraceptive access and reproductive equity in the U.S.,” said Frederique Welgryn, the chief strategic operations and innovation officer at HRA Pharma.

The progestin-only birth control, also called the minipill, is one of many birth control tools that does not contain the hormone estrogen. Progestin is a synthetic version of the naturally occurring hormone progesterone, which is often combined with estrogen in birth control pills.

The announcement from HRA Pharma comes less than a month after the Supreme Court ruled that there is no constitutional right to an abortion in the case Dobbs v. Jackson Women’s Health Organization. But the decision to submit its application this week was “coincidental” and not influenced by the court’s ruling, a company spokesperson told the Washington Examiner.

HRA Pharma’s pill, marketed as Opill, is already approved by the FDA for use via prescription, but the court’s ruling last month thrust the issue of birth control access back into the spotlight.

“As a doctor, I am dedicated to empowering people to make decisions about pregnancy prevention. For many, a birth control pill may be the best option for them but requiring a prescription is an unnecessary obstacle that can put it out of reach,” Dr. Melissa J. Kottke, an OB-GYN, said in the company’s statement.

The progestin-only pill has been used since it was first granted FDA approval in 1973. The pill has a long track record of safety and efficacy. Nearly a third of women have reported difficulty getting a prescription for birth control due to challenges obtaining an appointment or getting to a clinic, difficulty accessing a pharmacy, or not having a primary care physician.

“Removing the prescription requirement for a progestin-only birth control pill will be a historic advancement for pregnancy prevention and a remarkable achievement in community public health,” Kottke said.

Major women’s health and physician groups, such as the American College of Obstetricians and Gynecologists and the American Medical Association, have advocated making oral contraceptives available without a prescription.

“Providing patients with OTC access to the birth control pill is an easy call from a public health perspective, as the health risks of pregnancy vastly outweigh those of oral contraceptive use,” said AMA board member Dr. David Aizuss last month. “Access is one of the most cited reasons why patients do not use oral contraceptives, use them inconsistently, or discontinue use.”

A coalition of Democrats in Congress has also put pressure on FDA Commissioner Robert Califf to “advance public health and follow the science” by reviewing applications for OTC birth control pills “without delay.” Democrats have also put forward a bill to make the pills available without a prescription and to ensure that stores actually stock them.