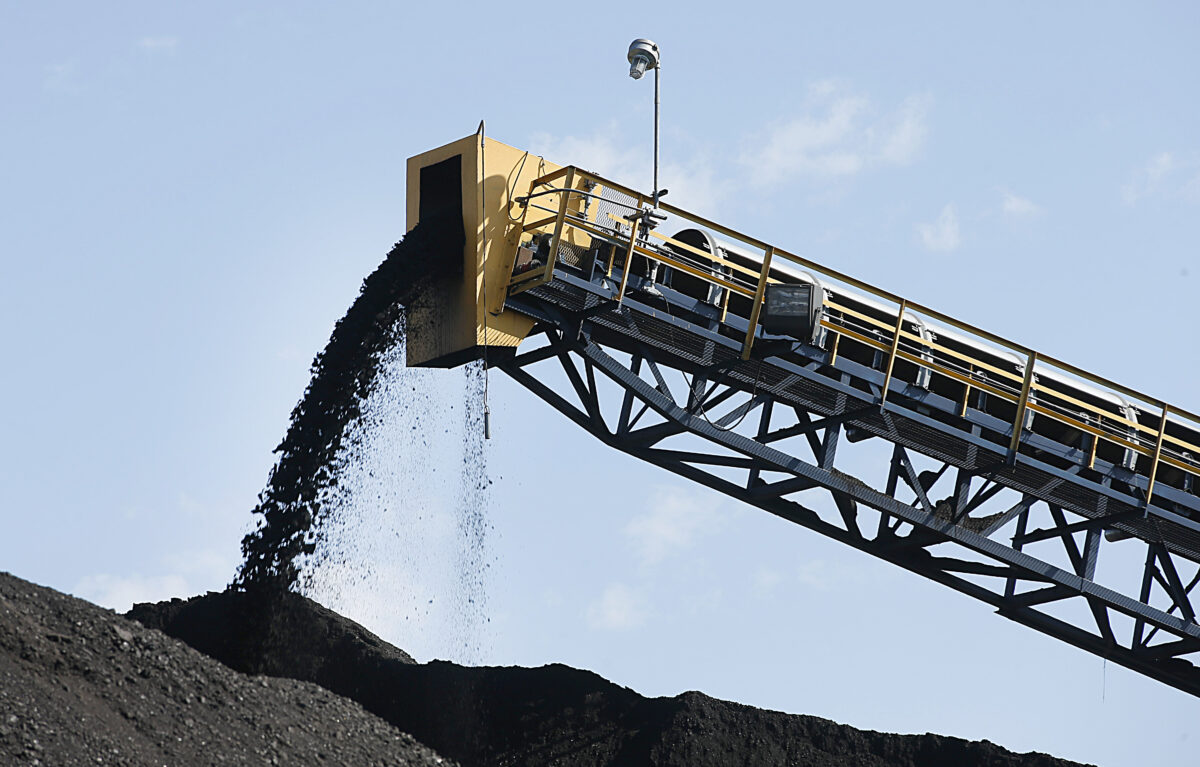 Six financial institutions that West Virginia Treasurer Riley Moore contacted over their alleged boycotting of the fossil fuel industry have replied, denying the accusations while laying the groundwork for what could be a protracted legal battle.

The Epoch Times obtained the letters through a West Virginia Freedom of Information Act request.

That was in line with a new West Virginia law that limits the state’s ability to do business with financial institutions believed to be boycotting energy companies with ties to coal, oil, or natural gas production.

The companies had to respond to the letters within 30 days of receiving them to avoid being placed on a list of restricted financial institutions, which would have been published 45 days after Moore’s office sent them.

Coal, natural gas, and oil are important sources of revenue for the Appalachian state, including through what are known as severance taxes.

In Fiscal Year 2022, the state collected almost $800 million in such taxes, well above the nearly $300 million collected during the previous fiscal year.

In addition to providing direct tax revenue, the fossil fuel industry is a significant driver of the state’s overall prosperity.

A West Virginia University research report found that coal power and coal mining were collectively responsible for roughly $13.9 billion in economic activity in West Virginia during 2019.

On July 14, Manchin made it apparent he would not back President Joe Biden’s efforts to finance additional climate and energy programs.

The move prompted one University of California, Santa Barbara political science professor to write on Twitter that she was “holding [her] children and sobbing.”

Rep. Ilhan Omar (D-Minn.), Sen. Martin Heinrich (D-N.M.), and other Democrats have since taken aim at Manchin’s chairmanship of the Senate Energy and Natural Resources Committee.

Treasurer Moore, a Republican, thinks Democratic rhetoric and policies targeting the fossil fuel industry have helped shift voters in West Virginia, a state long dominated by Democrats, toward the GOP.

“We have union members voting for us in large numbers now, which was not the case previously,” Moore told The Epoch Times during a July 18 interview

The banks and financial institutions that received letters have argued that their various policies on fossil fuel financing do not qualify as boycotts, claiming that they are covered by the ‘reasonable business purpose’ exemption in West Virginia’s new law.

“The Company’s reasonable business purpose for any determination not to proceed with a transaction includes assessment of both commercial viability and risk management for the Company and its clients,” Goldman Sachs’ letter stated.

It then added that it tells firms in the energy sector a diversification strategy tends to make companies “much more successful in obtaining financing.”

“That is the basis for the note in the Company’s Environmental Policy Framework, available on its public website, about the phasing out, over time, of financing of thermal coal mining companies that do not have a diversification strategy within a reasonable timeframe.”

Similarly, Wells Fargo asserted that its limitations on the financing of coal, its “additional levels of due diligence to companies in the oil and gas and mining industries,” and its unwillingness to fund oil drilling in the Arctic reflect a reasonable business purpose—namely, risk management.

Morgan Stanley explicitly argued that its risk management strategy encompasses “the risks of climate change” to “our reputation and client relations.”

“By 2030, we will phase out our remaining credit exposure to companies with greater than 20% of revenue from thermal coal mining globally,” it additionally states.

JP Morgan Chase made a very similar argument in its letter to the West Virginia State Treasurer’s Office.

Like Wells Fargo and other firms that responded to Moore’s letters, they said they already provide significant financing to the energy industry, countering the argument that they are boycotting it.

Yet, the language in West Virginia’s law refers not merely to full de-banking, but more broadly to any action “intended to penalize, inflict economic harm on, or limit commercial relations with a company” involved in fossil fuels or doing business with a fossil fuel company.

This includes actions on some firm because it “does not commit or pledge to meet environmental standards beyond applicable federal and state law.”

Wells Fargo, for its part, pointed out that it recommended against a resolution at its 2022 shareholder meeting that would have seen it “adopt a boycott-like policy prohibiting lending to or underwriting new fossil fuel development.” That resolution failed to pass.

In a July 15 email interview with The Epoch Times, he noted that some of the banks and financial institutions “claim ‘environmental risks,’ which involves either the risk of government regulations or a risk of reduced demand for their products.

“Rising oil prices put the lie to the price risk, as does President Biden’s trip to Saudi Arabia to beg for more output,” he said.

“Government regulation is dependent on politics, which currently suggests a consumer revolt against anti-energy policies,” he added.

“Obviously it is suicide for local banks to boycott fossil fuel companies in West Virginia. The entire anti-carbon fuel movement is predicated on a false assumption: that global warming is caused by the use of fossil fuels,” he said.

“[Boards] that act on this assumption have not engaged in a reasonable inquiry, and thus should not be protected by the Business Judgment Rule.”