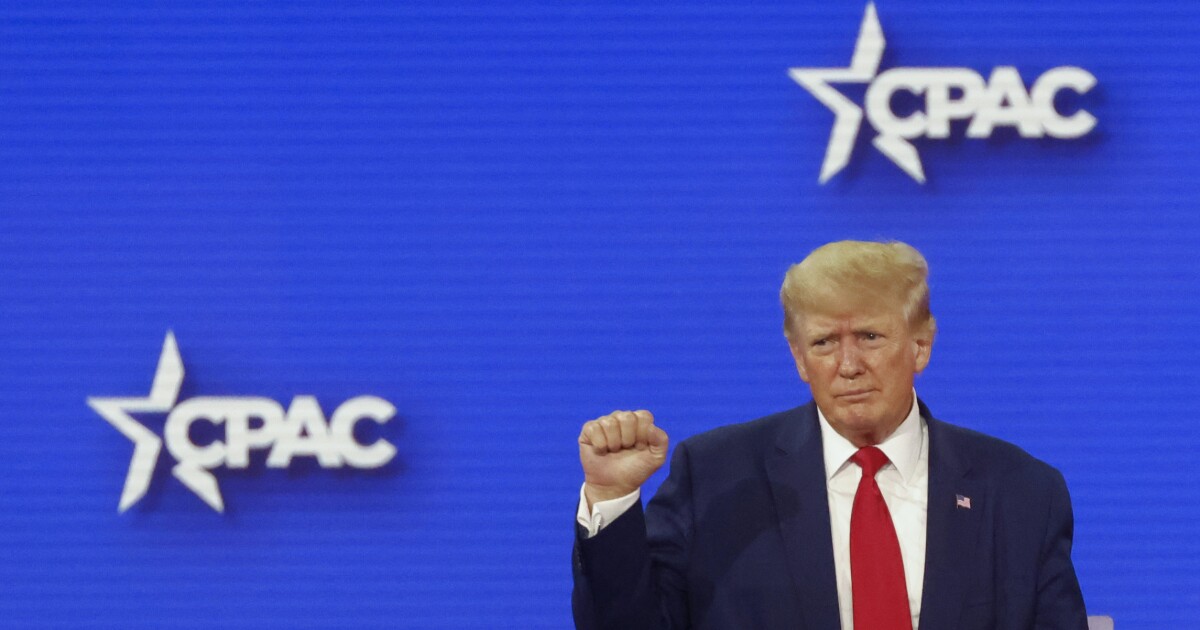 Here are five highlights you may have missed:

TRUMP THREATENS TO CAMPAIGN AGAINST MANCHIN IF RECONCILIATION DEAL PASSES

“I’ll go down to West Virginia and campaign against him,” Trump told the crowd during his speech.

The Senate approved a procedural motion advancing the bill during Trump’s speech, and the upper chamber is expected to approve it in a final vote.

Manchin is not up for reelection this cycle but in 2024.

Hungarian Prime Minister Viktor Orban addressed the conference after making controversial remarks about his view that Europeans should not “become peoples of mixed race.”

Orban has governed as an authoritarian but has been embraced by the U.S. far right for his condemnations of “globalism,” liberalism, and mass migration.

“The horrors of Nazis and communists happened because some Western states in continental Europe abandoned that Christian values, and today’s progressives are planning to do the same. They want to give up on Western values and create a new world, a post-Western world. Who is going to stop them if we don’t?” the Hungarian leader said.

Shortly before his address to the conference, Trump won the conference’s straw poll for the Republican nominee in 2024. Trump is widely expected to seek a second term in the White House and teased such a bid during his address, but he has not formally declared his candidacy.

The straw poll is limited to attendees of the conference, who are generally strong fans of Trump, and is not reflective of the general electorate or even necessarily the wider Republican base. It does, however, offer a snapshot of the views of conservative activists.

However, in a field without Trump, DeSantis led the pack.

Straka said he attended the Capitol riot, was on the steps, and was later arrested. He attended the conference to conduct what he called “performance art,” sitting in a cell while crying, accompanied by audio recordings of the riot defendants describing their arrests.

Straka pleaded guilty to a misdemeanor charge of engaging in disorderly and disruptive conduct in the Capitol Building or grounds. He avoided jail time but received 90 days of home confinement and three years’ probation at his sentencing. Prosecutors said he provided “significant information” to investigators about pro-Trump “Stop The Steal” organizers, including Ali Alexander, Amy and Kylie Kremer, and Cindy Chafian, offering details that were “valuable in the government’s prosecution.”

Congressman Biggs is now getting heckled by members of the crowd who view people charged for January 6 crimes as political prisoners after Straka says no sitting congressman has tried to help him.

The House committee investigating the Jan. 6 riot said Biggs was among Republican lawmakers who sought presidential pardons for the events surrounding the event. Biggs has denied the claim.

Rep. Marjorie Taylor Greene (R-GA) defended Alex Jones at the conference on Friday, the same day he was ordered to pay $45.2 million in punitive damages to the parents of a victim of the 2012 mass shooting at Sandy Hook Elementary School.

Greene, who has a personal account that has been suspended from Twitter, claimed social media companies are trying to silence those on the Right, citing Jones as evidence of Big Tech’s ideological crackdown in her view.

“Somebody like Alex Jones, who did say some things but yet he is being politically persecuted right now and being forced to pay out millions and millions of dollars, and no one agrees with what he said, but what we’re tired of is the political persecution,” Greene said during an onstage interview.

Greene asked when she and others who have been “canceled” on social media will be paid millions of dollars.

Greene also got in Straka’s cage to hug him during a performance.