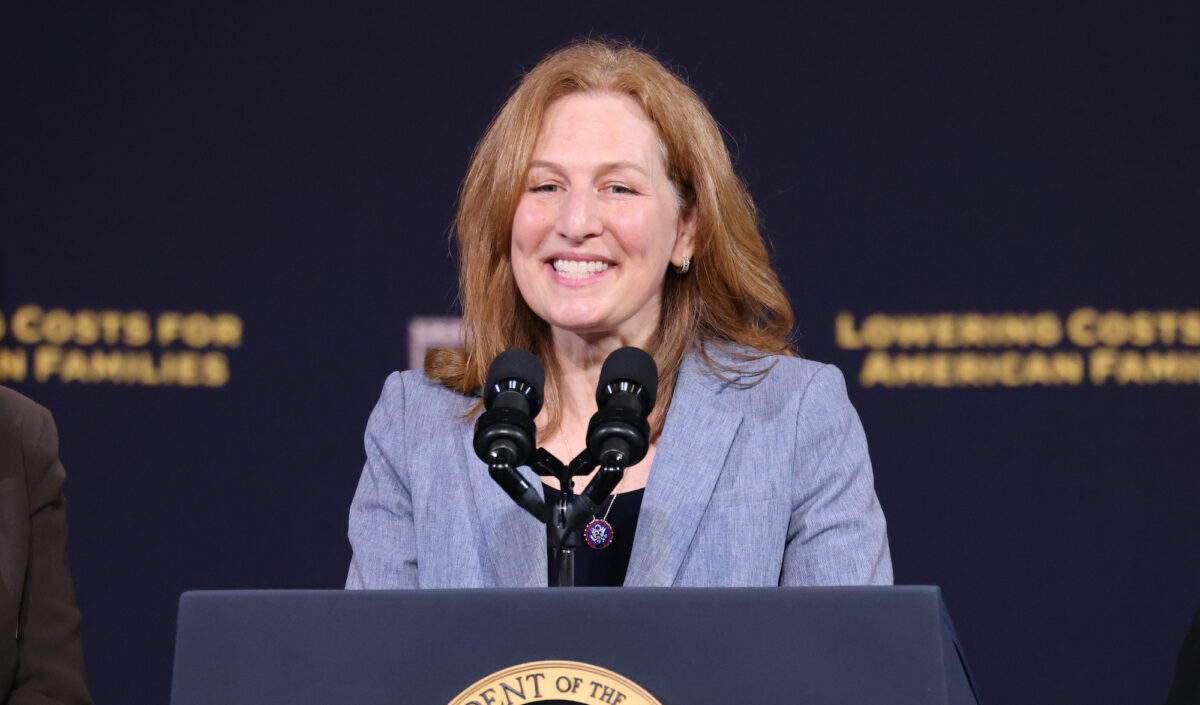 Democrat Rep. Kim Schrier faces many competitors in her bid for reelection to represent her district in Washington in U.S. Congress. If a TV ad she aired recently is any indication, she is under pressure.

“She claims to be standing up to the Biden administration,” said Caleb Heimlich, chairman of the Washington State Republican Party.

“There are nuanced differences in their backgrounds,” Heimlich said. “They all have their own strengths in their differences and any of the candidates could win the primary.”

The Aug. 2 top-two primary ballot will also list Democrat Keith Arnold of Auburn, Patrick Dillon of Issaquah from the Concordia Party and Independent Ryan Burkett also of Issaquah. They did not respond to requests for comment.

“Anytime you’ve got a competitive primary, it is a challenge,” Heimlich told The Epoch Times. “I’m sure a Republican candidate will at least be in the top two but mathematically it would be very tough for them to finish in first place because Kim Schrier is the incumbent.”

Congressional District 8, which includes Chelan, Kittitas, Wenatchee, and parts of King and Pierce counties, is one of the seats Republicans are eyeing in a quest to regain a majority in the U.S. House.

“Historically, it’s always been a Republican district until we narrowly lost it in 2018,” said Dunn who has been a member of the King County Council since 2005.

Dunn, who lost his bid for Attorney General against Bob Ferguson in 2012, has unusual name recognition in that his mother, Jennifer Dunn, held the Congressional seat for six terms in the late 1990s and early 2000s.

“The TV stations here always come to me for comments so I’m on TV almost every night,” he said. “It puts me in a good position to run for a different office. I do earned media, paid media, we’re doorbelling and hitting the parades. We’re doing all the things you need to do to win a campaign like this.”

Jesse Jensen is in second place with 30 percent of the vote followed by Matt Larkin with 16%, Scott Stephenson with 10 percent, and Kim Schrier who secured 7 percent of the Republican vote.

“As somebody who worked as a district attorney, as a federal prosecutor, Reagan Dunn understands some of how government operates and how to get things done,” Heimlich added. “Matt Larkin was a great candidate for Attorney General in 2020. Scott Stephenson is the only one who’s never before run for any office but he’s got an interesting background in tech.”

Libertarian Justin Greywolf of Renton, who will also be on the primary ballot, garnered 1% of the vote.

“No matter which party has that seat, 50% of the district is not going to be represented and that just wasn’t working for me,” he told The Epoch Times. “I want to be able to push that everybody should be represented and, at this point, the difference between most Democrats and Republicans is skin deep.”

Jensen was the first-time Republican candidate whom Schrier campaigned and won against in 2020 by 2.5 percent of the vote.

“Running in 2020 and getting so close on a shoestring budget, it’s been really exciting to be able to come back this time in 2022 with the resourcing that we need and the tailwind at our back,” said Jensen, a retired Army captain who completed multiple combat tours.

Although former President Donald Trump has not officially endorsed any of the primary candidates, Jensen has come the closest with endorsements from former Trump administration officials like Ryan Zinke who served as Trump’s Interior Secretary, Robert O’Brien who served as National Security Advisor under Trump, and Richard Grenell, who was Trump’s acting director of National Intelligence.

“It really demonstrates the broad breadth of support that we have on the Republican side so we’re feeling very good about what we’ve been able to build,” Jensen told the Epoch Times.

As of July 15, Schrier leads all candidates in cash on hand with $6,113,330, according to Federal Election Commission (FEC) data.

Larkin plans to use the money for advertising on television.

“We’re up on radio now but we’re going to be on TV and all sorts of other mediums,” he said. “We’re going to double down on that and take advantage of the name identification I spent two years building in my 2020 race.”

FEC data shows no financials for Arnold, Dillon and Burkett. Greywolf has $247.93 in cash on hand while Stephenson of Fall City has $175,152 in total receipts. Although Stephenson is a newcomer to the campaign trail, the tech CEO is passionate about his bid for Congress.

“What’s going on in terms of the indoctrination of our kids, the invasion at our border, the stealing of our election, and the destruction of our economy is frankly right out of the Marxist playbook,” he said.

Stephenson decided to run after his eldest son, Finn, was allegedly targeted for trans grooming when he was in third grade.

“I was already semi-awake so this was just a slap to the face,” he added. “We need people who are going to fight back against that tirelessly because we only have a couple years. If we don’t do this now, we’re going to lose our Republic.”

Juliette Fairley is a graduate of Columbia University’s Graduate School of Journalism. Born in Chateauroux, France, and raised outside of Lackland Air Force Base in Texas, Juliette is a well-adjusted military brat who now lives in Manhattan. She has written for The New York Times, The Wall Street Journal, TheStreet, Time magazine, Newsmax and many other publications across the country. When she is not reporting and writing for the Epoch Times, she works as an actress in television and feature film.