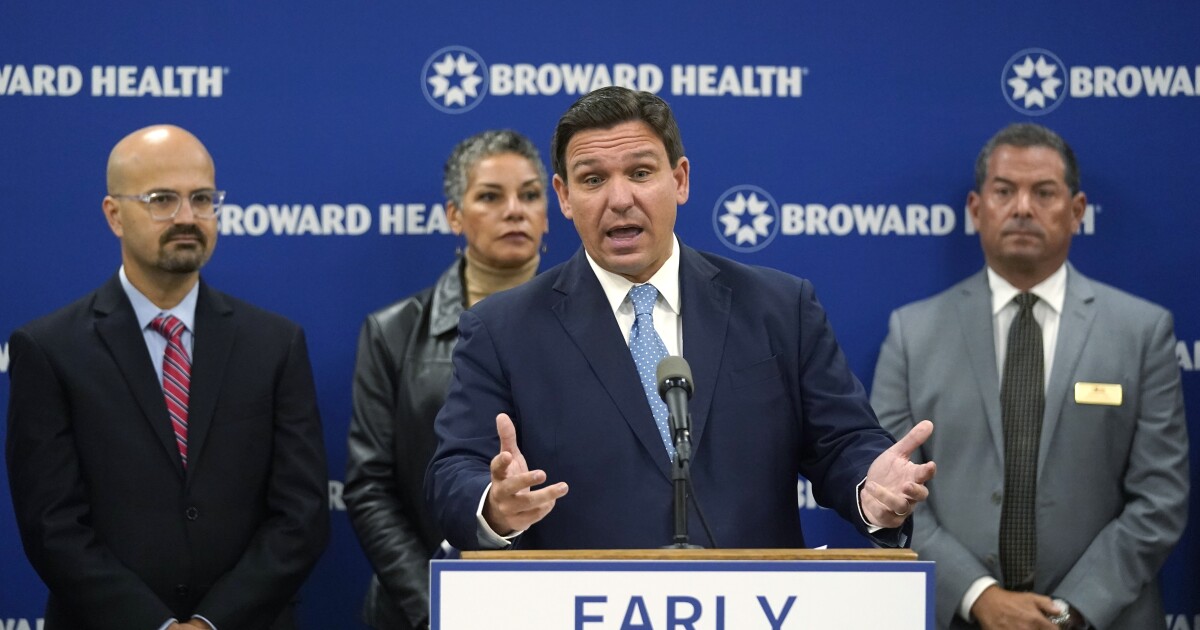 Language added to the rules that govern the state’s $36.2 billion Medicaid program, which will go into effect Aug. 21, will prohibit the use of funds for puberty blockers, hormone therapies, or surgical procedures as treatments for gender dysphoria, according to Politico.

The board of the health agency passed a motion to update the rules on Friday that was met with backlash from the state’s LGBT community. The state’s surgeon general, Joseph Ladapo, backed the new rules at the meeting, stating that puberty is a confusing time for teenagers and warning of the risks of such procedures.

“Puberty is such an elaborate and confusing time,” Ladapo said, according to the Washington Post. “On the safety, again, it is incontrovertible. There clearly is a level of risk with these procedures, both the hormone therapy and hormone blockers for individuals who are in puberty and for the surgical interventions.”

Although beta blockers are reversible, surgical procedures such as removing genitals or breasts are not. Because of the permanent effect of surgical procedures, genital surgeries are not recommended for patients under the age of 18. Hormone replacement therapy is considered partially reversible, according to guidance by the Department of Health and Human Services.

Earlier this year, Ladapo sent a memo to healthcare workers that discouraged the use of puberty blockers on minors. The memo also advised against social transition, which refers to the nonmedical process in which a person changes their clothing, name, or pronouns to better align with their gender identity, according to the Washington Post.

“It’s gut-wrenching,” Charles said. “People have made a decision in their lives to pursue a course of care that’s going to be life-changing, and now, they’re facing the potential that they may not be able to move forward with that.”

Florida joined at least 10 other states in prohibiting minors from using Medicaid to cover the treatments. Arizona, Missouri, and Texas have also banned the use of funds for the same purpose.

The move is the state’s latest response to transgender rights for minors. Gov. Ron DeSantis (R) signed legislation that banned transgender girls and women from competing on female sports teams last year. DeSantis also signed a law that banned the discussion of gender and sexuality in elementary school classrooms for children up until the third grade earlier this year.