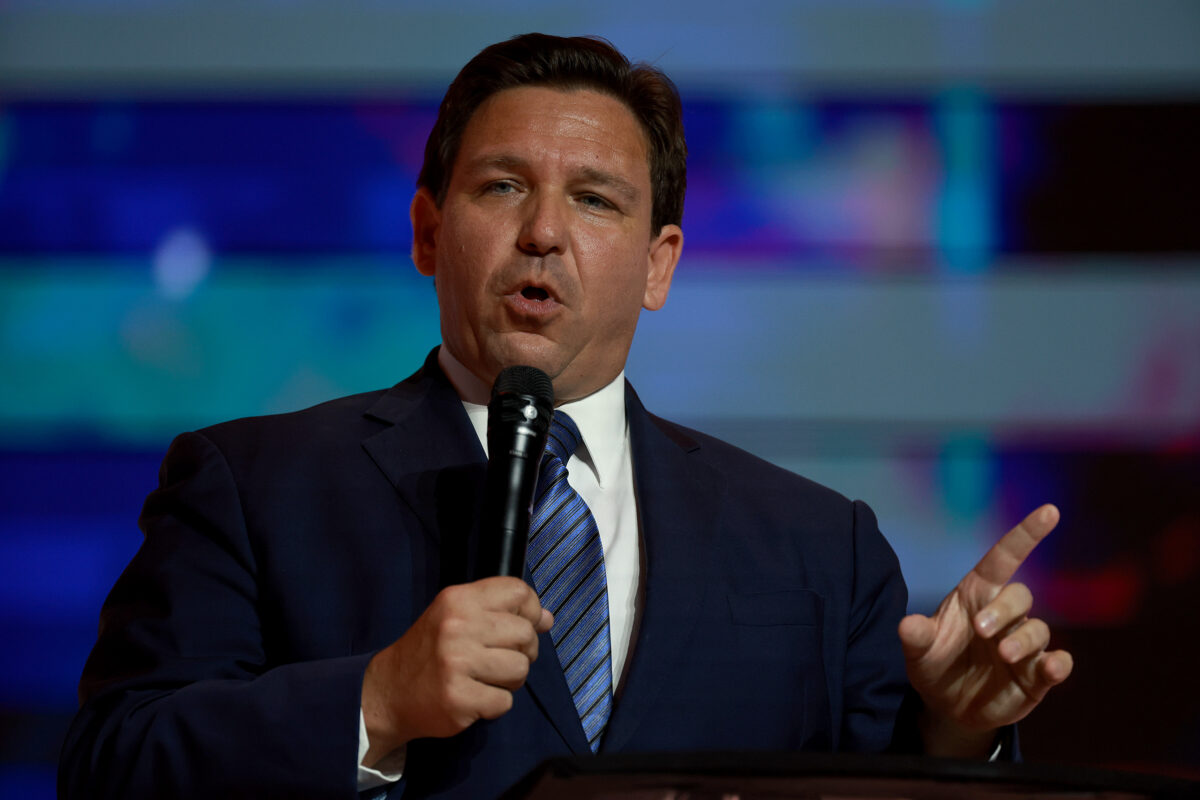 Florida’s governor on Aug. 4 suspended a state prosecutor who has vowed not to enforce laws related to abortion.

In the order (pdf) outlining the move, DeSantis cites Warren recently declaring he would not enforce laws that largely prohibit late-term abortions.

Warren and other prosecutors signed a document in June that said “enforcing abortion bans runs counter to the obligations and interests we are sworn to uphold.”

“We decline to use our offices’ resources to criminalize reproductive health decisions and commit to exercise our well-settled discretion and refrain from prosecuting those who … provide, or support abortions,” the prosecutors stated.

No other state attorneys in Florida signed the document.

One Florida law bars doctors from performing abortions during the third trimester, or after a fetus achieves viability. Another law bars abortions, with exceptions, after a fetus reaches 15 weeks of age.

Warren “has put himself publicly above the law,” DeSantis, a Republican, told reporters during a press conference.

Warren’s office did not immediately respond to a request for comment.

Policies and Other Statements

The order also cites how Warren’s office has avoided prosecuting people who commit misdemeanors such as resisting arrest without violence, stating that the policies are not “a proper exercise of prosecutorial discretion” and also usurp the authority of the Florida legislature by not enforcing the law.

And the order notes that Warren in 2021 signed a separate statement with other prosecutors regarding biological males using female bathrooms and vice versa.

The prosecutors pledged to “not promote the criminalization of gender-affirming healthcare or transgender people.” “Gender-affirming” is a term used to describe sex change operations and other procedures meant to facilitate a person’s change from male to female or female to male.

The joint statement said that bills that criminalize such treatments “do not promote public safety, community trust, or fiscal responsibility,” and suggested that they would not be enforced.

DeSantis appointed Susan Lopez to replace Warren while the suspension is in place. Lopez was appointed by DeSantis in 2021 to be a judge on the Hillsborough County Court, and previously served as an assistant prosecutor in the 13th Judicial Circuit.

“I have the utmost respect for our state laws and I understand the important role that the State Attorney plays in ensuring the safety of our community and the enforcement of our laws,” Lopez said in a statement. “I want to thank the Governor for placing his trust in me, and I promise that I will faithfully execute the duties of this office.”