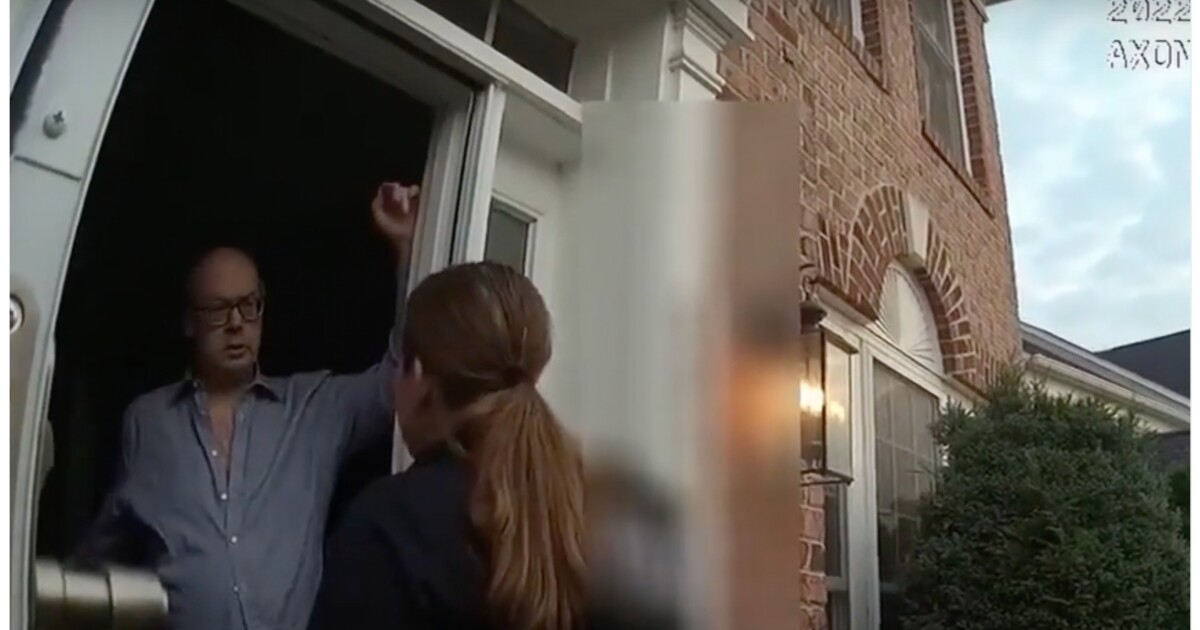 In what appears to be an escalation of the Justice Department’s investigation of the events surrounding the Jan. 6 Capitol riot and efforts to overturn the results of the 2020 election, a stunned Clark is seen greeting law enforcement personnel and asking permission to put on pants as authorities entered his home to execute a search warrant and later deployed what Clark called a “electronic-sniffing dog.” Law enforcement seized several electronic devices from his house during the raid, according to CNN.

“Can you step outside with me? We have a search warrant and we need to speak to you,” a woman who claimed to be with the Justice Department’s Office of the Inspector General told him in the video. “So can I get you to step outside for me?”

“Can I call my lawyer?” he asked in response, later asking, “Can I put my pants on first?”

“As soon as we clear the house, we’ll get you talking to your lawyer and you’ll get your pants on,” the officer told him.

Clark was visibly perturbed by the surprise law enforcement presence and said it was “unnecessary” for him to leave the house without putting on pants. He asked to stand in the garage, but officers directed him behind a car so he would not be visible to neighbors and onlookers. He was wearing a dress shirt and underwear with no pants at the time.

The footage was time-stamped for roughly 10 a.m. local time and came from the Fairfax County Police Department. The video was published by CNN on Thursday.

“I just think we’re living in an era that I don’t recognize, and increasingly, Tucker, I don’t recognize the country anymore with these kinds of Stasi-like things happening,” Clark told Fox New’s Tucker Carlson about the search.

The raid of Clark’s home in Virginia coincided with a search of Trump-linked layer John Eastman in New Mexico, which took place later that day. Both Clark and Eastman have been prominent targets of the House Jan. 6 committee over their efforts to challenge the 2020 election. The searches of both men came a day before a public hearing by the House panel that focused heavily on Clark.

“It looks highly coincidental and Tucker, you know, I just don’t believe in coincidences,” he added in the Carlson interview.

The Justice Department inquiry reportedly encompasses an alternative electors scheme to challenge the election, something for which Eastman had advocated.

During the public hearing in June that followed the search of Clark’s home, the Jan. 6 committee heard from witnesses testifying how former President Donald Trump eyed Clark for the attorney general post in the waning days of his administration.

Clark pushed claims of maleficence in the 2020 election. At one point, he called on then-acting Attorney General Jeffrey Rosen to send a letter to the Georgia state legislature claiming the department unearthed evidence of voter fraud and calling for a special session. Rosen refused to capitulate, and Trump ultimately did not appoint Clark to the post. The courts and election officials have roundly dismissed the claims of election fraud made by Trump and his allies.

Clark served as assistant attorney general for the Environment and Natural Resources Division in the Trump administration. Witnesses including former acting Deputy Attorney General Richard Donoghue told the Jan. 6 committee it was unusual to consider someone like Clark for the role due to his lack of experience as a criminal lawyer.