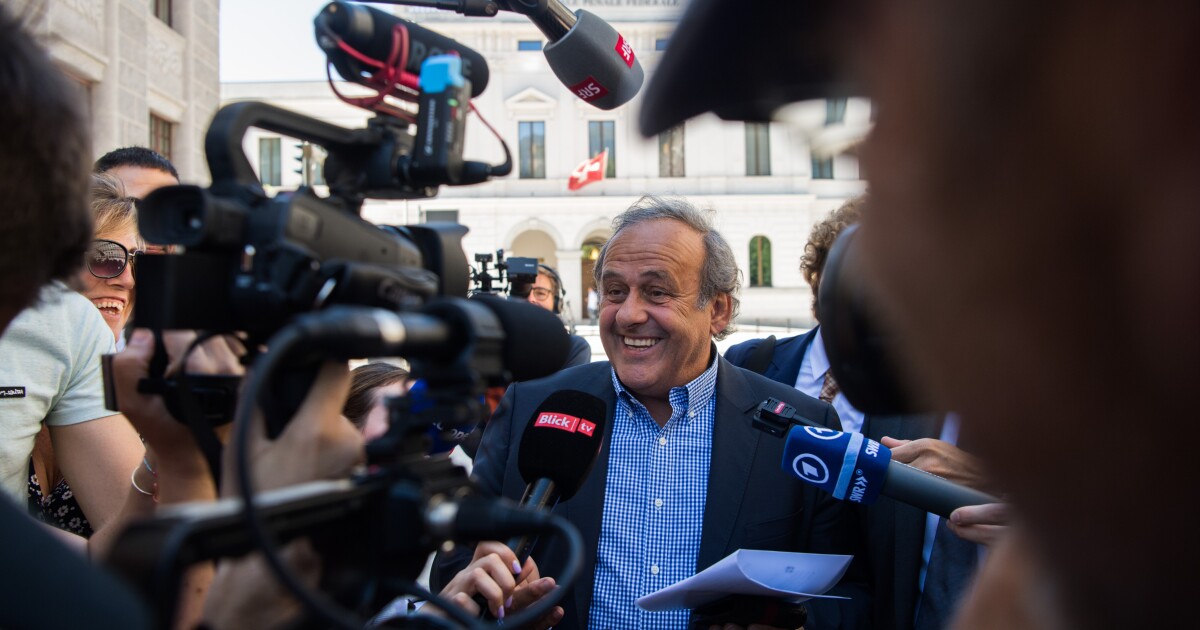 The former presidents of FIFA and the Union of European Football Associations were acquitted of defrauding FIFA by a Swiss criminal court on Friday.

The case centered on a $2 million payment in 2011 from FIFA to then-UEFA President Michel Platini with approval from former FIFA President Sepp Blatter. Platini and Blatter have both denied wrongdoing in the case and claim they made a verbal deal in 1998 for Platini to get an extra salary, one that FIFA could not pay at the time. Platini signed a contract in August 1999 to be paid 300,000 Swiss francs, or $300,000, every year, according to the Associated Press.

“Following the decision of the judges of the Court of Bellinzona, this morning, I wanted to express my happiness for all my loved ones that justice has finally been done after seven years of lies and manipulation,” Platini said. “The truth has come to light during this trial.”

Prosecutors couldn’t bring enough evidence against the pair to convict them, the three-judge court said. Because there was still some doubt about their guilt, the court was forced to apply the “in dubio pro reo” principle, which stipulates a court cannot convict a defendant if doubt about their guilt remains.

FIFA has 10 days to appeal the decision, though it is unclear whether it will try to continue the legal battle.

Blatter, 86, also expressed his joy over being acquitted, calling himself a “very happy man.”

In addition to being acquitted, both Blatter and Platini were also awarded for costs acquired during the trial, and Blatter received 20,000 Swiss francs, or $20,500, in compensation for being morally wronged, the court said.

Swiss prosecutor Thomas Hildbrand had requested a 20-month suspended jail sentence for both defendants in the case.

Platini, 67, is unsure about returning to soccer now that he has been acquitted, and he laughed loudly when asked if he would run for the FIFA presidency. However, he claimed that he is “so young” and has “time in front of me.”