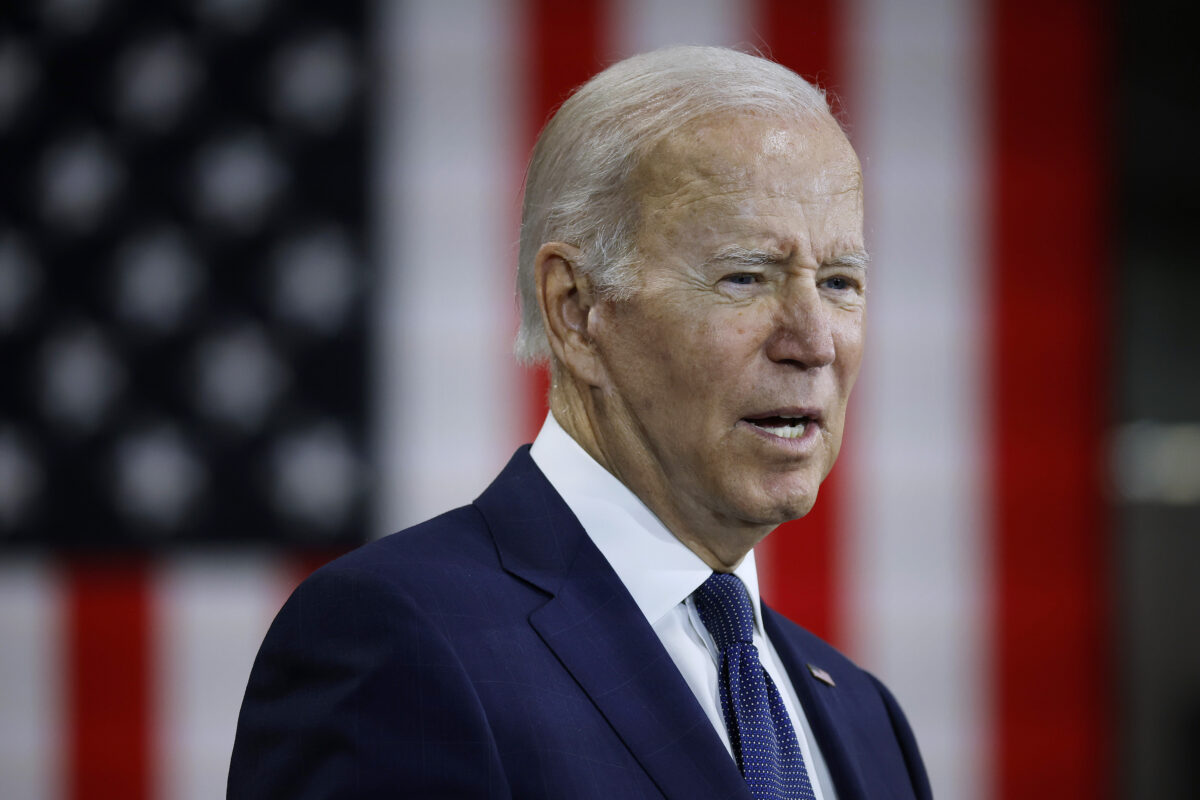 Gas prices remain persistently high throughout the United States, as swing-state voters increasingly turn away from the Democrats because of rising fuel costs, three weeks before the midterm elections.

The cost of gas is currently higher than at least nine of the last election cycles.

Meanwhile, President Joe Biden announced the release of more oil from the ongoing depletion of the Strategic Petroleum Reserve (SPR), in an effort to calm widespread anger over rising energy costs.

Energy prices have skyrocketed since the start of 2021, and the midterms are being viewed by many analysts as a referendum on the Biden administration.

Much of the pain at the pump are in certain swing states, which likely will determine whether the Democrats will maintain their hold on both houses of Congress.

At least two-fifths of the competitive races listed in the Cook Political Report are among those states subject to substantial increases in gas prices.

The four Senate races that are rated as “toss up” by Cook are in Georgia, Pennsylvania, Wisconsin, and Nevada.

In those states, gas prices are 55–104 percent higher than they were in 2020, according to Bloomberg.

Arizona, for example, which has one of the highest average gas prices, is currently facing a tight Senate race.

And in Georgia, Republican Herschel Walker is running up against incumbent Democratic Senator Raphael Warnock. Gas prices there have surged 60 percent higher from when they were during the 2020 election, making it a top issue for voters in that state.

Although gas prices fell 4.9 percent in September, according to the latest figures from the Consumer Price Index, average gasoline prices sat at $3.836 per gallon on Oct. 20.

This is nearly $0.20 higher than a month ago, according to the American Automobile Association and nearly $0.80 higher than in October 2008, at the beginning of the Great Recession.

Gas prices rose earlier in the year, after post-pandemic demand caused a surge in global demand, which was exacerbated by the start of the conflict in Ukraine in February.

The price of gas peaked at just above $5 a gallon in June, forcing states to waive their gas taxes for the summer.

The White House started to tap into the SPR in May to lower fuel prices, as part of a 180 million-barrel initiative meant to contribute to stabilizing the president’s approval ratings, as fears of a recession grew.

As energy prices fell, the the hopes of Democrats were buoyed for the midterms in November, even while the cost of groceries continued to pressure ordinary Americans.

Pump prices gradually fell for 99 consecutive days, the longest such streak since 2005.

However, the decline in energy prices started to reverse last month, after two U.S. refineries, one in California, the other in Ohio, shut down for repairs, followed by news that OPEC+ would reduce crude production by 2 million barrels a day.

As the two domestic refineries closed down for maintenance, U.S. fuel exports surged, while American crude inventories tumbled to their lowest seasonal level since 2008.

A rise in gas prices are seen as the U.S. economy’s most visible inflation warning, as it affects millions of American households all over the country.

As pump prices rise, the issue has reemerged as a key voter concern.

Biden made a speech on Oct. 19, claiming credit for recent price declines, and touted a 30 percent decline in costs from June; but he did admit that “they are not falling fast enough. Families are hurting.”

“Gas prices hit almost every family in this country, and they squeeze their family budgets. When the price of gas goes up, other expenses get cut,” said Biden. “That’s why I have been doing everything in my power to reduce gas prices since Putin’s invasion of Ukraine caused these prices to spike and rattle international oil markets.”

The president told the press that he would release another 15 million more barrels of oil from the SPR, and that he had a plan that would encourage suppliers to sell fuel to the government.

Biden had already released about 165 million barrels from the SPR as an extension of May’s oil release program, which will last through the end of the year.

The SPR can hold more than 700 million barrels of crude, spread across four underground storage sites, but has fallen to just over 408 million barrels in the week ended Oct. 7, the lowest level in almost 40 years

Biden said he would “replenish” the stockpile when crude prices fall to $70 per barrel.

West Texas Intermediate crude, one of the main global oil benchmarks, is currently trading at roughly $86 per barrel,  up slightly from the beginning of the week, but still down significantly from the June peak of nearly $120.

If the plan actually brings down costs, it may not translate into positive news for voters this fall.

Traders and Oil Executives Reaction to the President’s Move

The markets shrugged off the latest play by the administration, reported Bloomberg, as crude futures on Wall Street continue to rise, pushing gas futures higher, as well.

American Petroleum Institute President and CEO Mike Sommers called the draining of the SPR a problem that has put us in a “very precarious position,” in an interview with Fox Business host, Maria Bartiromo on Oct. 20.

“This is a very precarious position we’re in today at a time of dramatic geopolitical upheaval,” Sommers told Bartiromo.

“We need to have that SPR in place and at the right levels dealing with the current geopolitical situation we’re in today.”

“This administration continues to talk out of both sides of its mouth, saying they want more production but not putting more policies in place that would actually encourage more production,” the oil industry CEO continued.