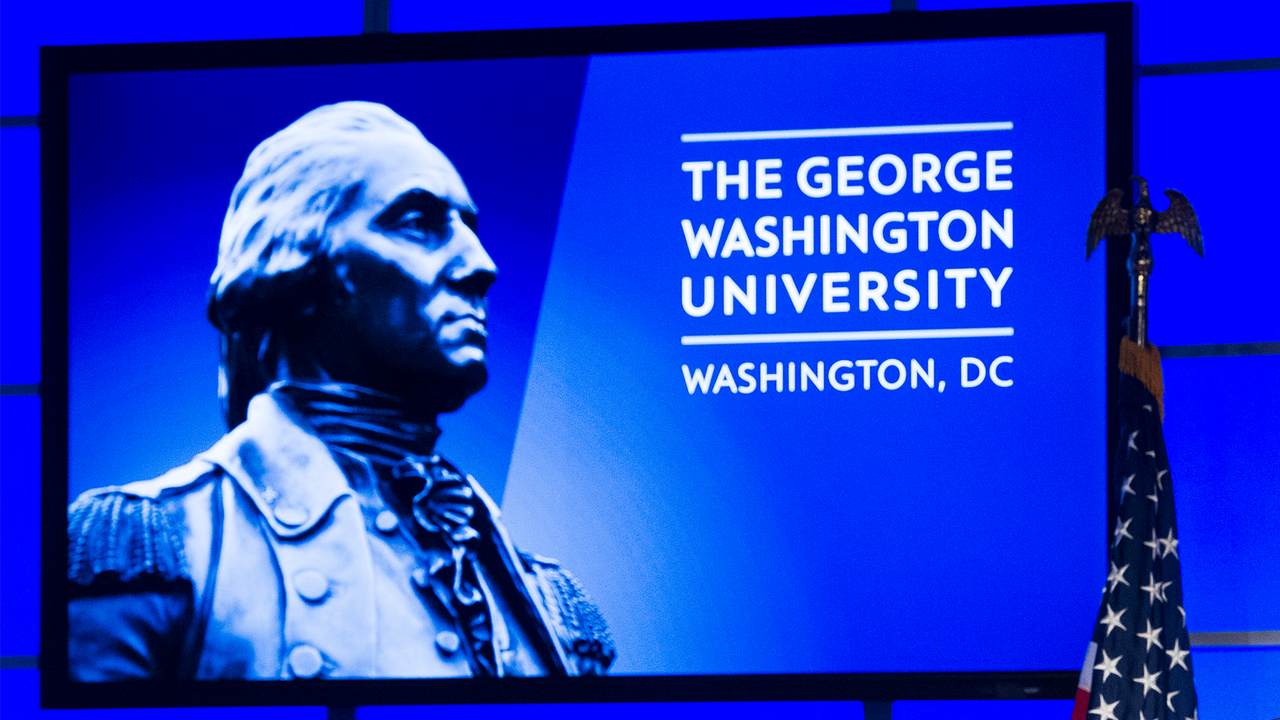 George Washington University, located in the heart of our nation’s Capital, is widely considered a top-tier institution of higher learning. It also is among the most expensive schools in the country. Notwithstanding such pedigree, the university in recent months has shown the country that both its student body and its board of trustees rank among the dumbest in our nation.

Just two months ago, for example, the GW Board of Trustees decided to “retire” the school’s long-time moniker, the “Colonials.” This decision resulted from a three-year long study which concluded that trashing the mascot was essential because the term “colonial” triggered visions of slavery and colonization, and was therefore anathema to the “unifying” purpose of a school moniker.

Meanwhile, as the trustees now turn their attention to finding a more soothing and less “divisive” moniker (a process proposed to consume another year or more of their time), George Washington’s student body has been busy trashing no less a distinguished constitutional law lecturer than Supreme Court Justice Clarence Thomas, who has taught a seminar at the university’s law school for more than a decade.

While the vast majority of law schools in America would trip over themselves to have a Supreme Court justice lead a seminar on constitutional law – or would have done so before today’s “woke culture” turned academia on its head – GW students have just thumbed their collective nose at such a godsend.

The reason for such a move by the students? Abortion — the new holy grail of leftwing politics.

In late June, the High Court rendered a decision overturning the 1973 landmark abortion-rights case, Roe v. Wade. In the opinion of a new,  five-member majority — a majority that included Clarence Thomas — the nearly half-century old opinion was based on flawed legal analysis which, as pointed out in the current majority opinion, had improperly “discovered” a previously hidden federal right to abortion.

To correct that earlier erroneous opinion, the current Court majority simply returned to the citizens of the several states the responsibility and power to decide, through their elected representatives, whether and to what extent abortions can be performed legally.

Not surprisingly, the new abortion opinion did not sit well with GW’s ever vigilant and woke student body, which quickly drafted and circulated a petition that championed the “right to bodily autonomy of people with wombs.” To rectify this apparently outrageous Supreme Court decision that vested in the people of each state the power to decide whether and when women can legally abort a fetus, some 12,500 people reportedly signed the petition calling on George Washington University to send Justice Thomas packing.

Thomas, who apparently has better things to do with his time and considerable intellect than teach where he is not wanted, bid farewell to the “Colonials.”

Prof. John Banzhaf, a liberal fixture at GW’s law school for decades, crowed about the petition’s victory in holding Justice Thomas “accountable.” Accountable for what is not clear, but denying law students the opportunity to hear, learn from, and debate a man of such vast legal knowledge and intellect as Clarence Thomas, is anything but a “victory.” It is a shame and a short-sighted move of profound stupidity.

However, considering that this major university’s leadership found fear and divisiveness in having a mascot known as a “Colonial,” we really should not expect anything but stupidity from its students.