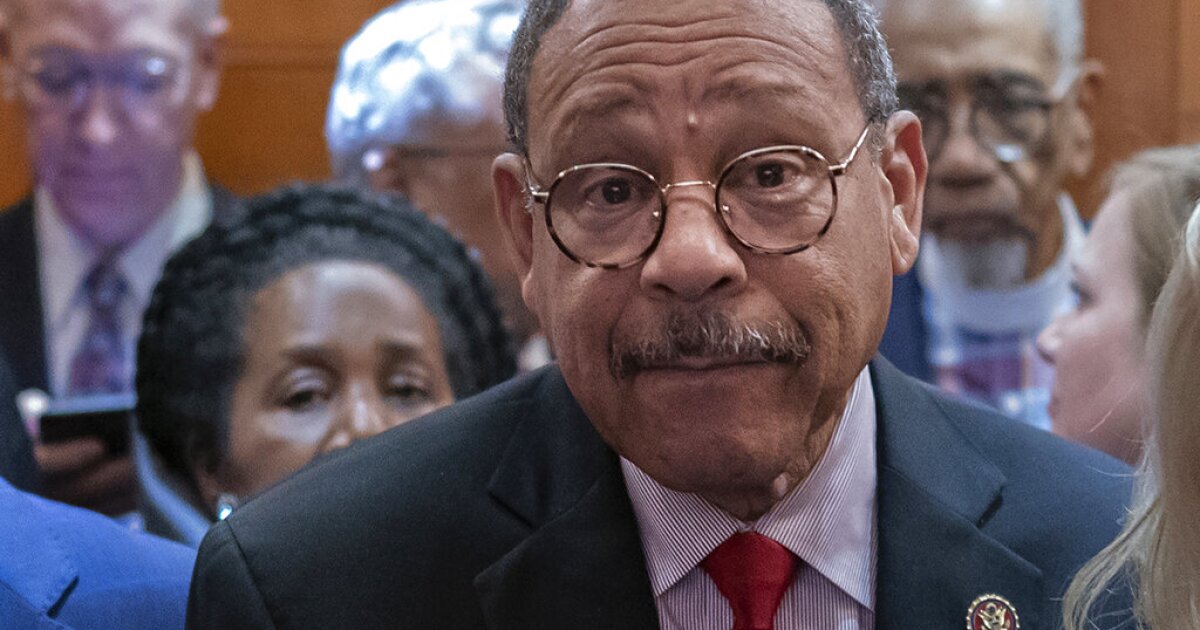 Georgia’s senior congressman, who is considered by his own party to be one of the most vulnerable House Democrats in the midterm elections, continues to dole out campaign funds to a private golf resort at the center of a long-running Ethics Committee investigation.

The independent Office of Congressional Ethics found in January 2020 that there was “substantial reason to believe” that 14-term Rep. Sanford Bishop (D-GA) may have violated House rules and federal law by improperly spending more than $90,000 in campaign and taxpayer funds for “fuel, golf expenses, meals, travel, tuition and entertainment.” Much of the payments were directed toward Green Island Country Club, a private golf resort in Columbus, Georgia, that hosted a regular PGA Tour golf tournament from 1970 to 1990.

Bishop, who was first elected to Congress in 1992, admitted wrongdoing during interviews with OCE investigators. He reimbursed his campaign $66,320 in July 2020, according to Federal Election Committee records. That same month, he also reimbursed the U.S. Treasury $16,088 for his improper use of taxpayer funds to host private Christmas parties.

However, Bishop has not been subjected to any fines or faced any penalties for misusing campaign and taxpayer funds. And Bishop has since resumed making campaign payments to Green Island Country Club, most recently in September 2021, when his campaign doled out $36,509 to the private golf club for “Facility Usage, Golf Packages and Catering.”

AT-RISK DEMOCRATS DISTANCE THEMSELVES FROM BIDEN AHEAD OF MIDTERMS

“The referenced payment was for the direct costs of the Sanford Bishop Golf Classic, a specific campaign fundraising event held annually at the Green Island Country Club, and attended on August 16, 2021, by more than 200 people,” Haig Hovsepian, a spokesman for Bishop, told the Washington Examiner.

OCE, which doesn’t have the authority to penalize lawmakers, referred the matter to the House Ethics Committee in early 2020, which subsequently announced in July 2020 that it had authorized an additional investigation into Bishop’s alleged misuse of campaign and taxpayer funds.

Since then, the House Ethics Committee, which is led by elected members of Congress and has the authority to adjudicate violations committed by their colleagues, has not made any public mention of its investigation into Bishop. A spokesman for the committee declined to comment.

Bishop, the chairman of the Agriculture Appropriations Subcommittee, told OCE investigators in 2020 that he was wrong to use campaign funds to pay for personal expenditures at Green Island and other golf resorts, according to interview transcripts released by the Ethics Committee.

Bishop also justified to OCE investigators why he mistakenly thought it was proper to use campaign funds to pay for his $5,000 membership initiation fee to Green Island Country Club in 2014, saying his access to the swanky private resort allowed him to interact with “a segment of the public that I didn’t … I wouldn’t rub shoulders with on the street.”

Bishop said his access to the private country club allowed him to hobnob with high rollers in his district, such as “CEOs, retired CEOs, chairman of bank boards, you know that type of thing. Who will be there with their family, retired executives from the power company. Various, you know, contributors.”

An unnamed Green Island Country Club official told OCE investigators that there are no allowances for members of the general public to use the club’s amenities.

“Through a member they could go play golf. Pool is through member only as well, but they are charged fees for both of those,” the Green Island official told investigators, according to interview transcripts.

The Green Island official added that certain club amenities are inaccessible to non-male members even after paying the hefty initiation fee.

“We are a country club that has golf, tennis, and food options,” the Green Island official said. “Depending on your gender, we have two restaurants. If you’re male, we have a third restaurant.”

The use of campaign funds to pay for membership dues is a violation of federal law, according to the FEC.

Bishop has mostly coasted to reelection since he was first elected to Congress in 1992. But Republicans believe they have a real shot at flipping his seat representing Georgia’s 2nd Congressional District after redistricting in 2020 swung the longtime Democratic-leaning district to a toss-up.

Bishop’s district is now considered the only competitive district in Georgia in the midterm elections.

OCE investigators also probed Bishop about his campaign’s excessive spending on gasoline during their 2020 investigation. The Democratic lawmaker said his campaign paid for almost all his travel expenditures within his congressional district over his decades of service in Congress because he almost never goes anywhere or does anything that’s “strictly personal.”

“I viewed all my travel between those 29 counties as campaign, as efforts toward my reelection, because when you meet and greet people, you have to have access and, of course, everywhere I go, when I go to church, as soon as church is out, people rush up to me with their congressional inquiries,” Bishop said.

Bishop also acknowledged to OCE investigators that he mistakenly used $660 in campaign funds to pay for his granddaughter’s school tuition.

The Democratic lawmaker also informed OCE investigators that he may have improperly used campaign funds to pay for aspects of his annual Christmas vacation to Hilton Head, South Carolina.

For example, in December 2014, Bishop used campaign funds to pay for green fees, liquor, and meals at a golf resort in Hilton Head. Bishop said the expenditures “probably should be personal.”

Bishop said he had his campaign pay for the golf outings because he solicited campaign contributions from Clyburn’s guests.

“During the course of that week, Congressman Clyburn arranged tee times at various golf courses where there are an amazing number of people from all over the country that come down for the holiday at Hilton Head,” Bishop said. “So that may be 15, 20 people at each one of these tee times. All of whom play golf and all of whom I solicit to participate in my golf tournament.”

Bishop said Clyburn’s guests included “former secretaries of HUD, members of Congress, business people, all of whom relate to him in some way in terms of supporting him.”

Hovsepian, Bishop’s spokesman, told the Washington Examiner in a statement the Georgia lawmaker is “committed to upholding the integrity of his office.”

“He worked cooperatively with the Office of Congressional Ethics (OCE) on the issues raised about his campaign’s finance reports and took immediate corrective action,” Hovsepian said. “The Congressman proactively reimbursed his campaign and took other remedial measures. He has retained the services of an experienced compliance consultant and outside law firm to ensure full compliance.”

“The Congressman acknowledges that mistakes were made by his campaign and that he should have provided better oversight on these matters,” Hovsepian said. “This is a responsibility he does not take lightly.”