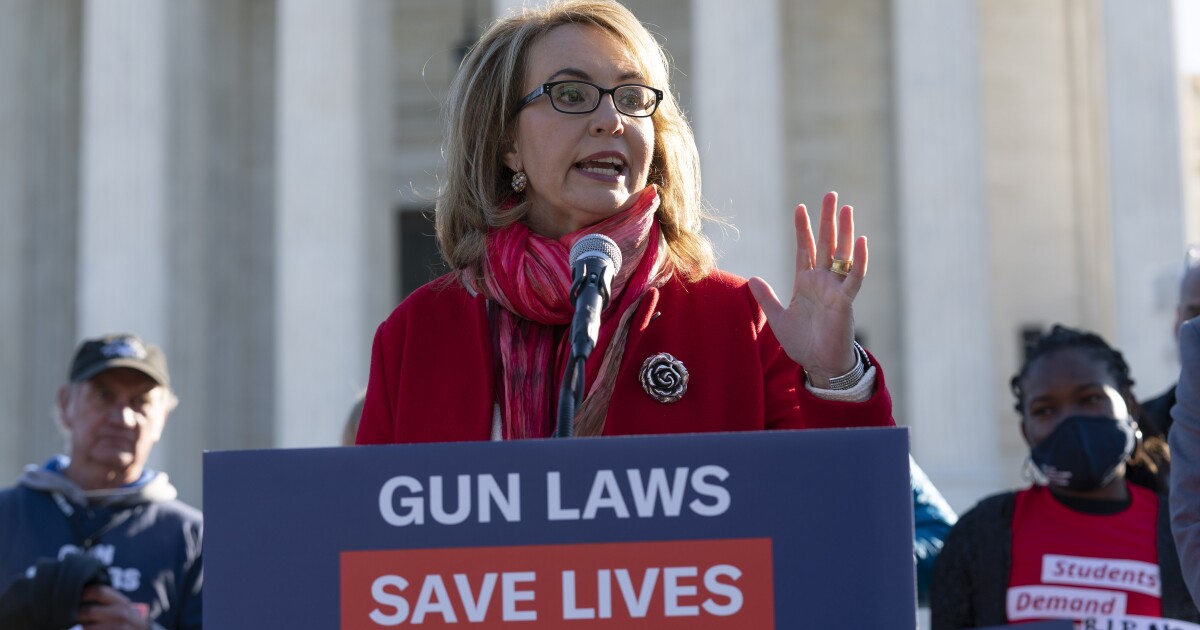 A high-profile political action committee focused on enacting stricter gun laws announced on Wednesday that it would pour $10 million into a slate of battleground state races, pledging to support officeholders who voted for recently enacted bipartisan gun reforms while “holding those who opposed the legislation accountable.”

Giffords PAC, named for former Rep. Gabby Giffords (D-AZ), who was shot in 2011, said the funds would bolster voter turnout efforts and help financially underpin “gun safety champions” in Georgia, Pennsylvania, Florida, Wisconsin, Colorado, and Texas ahead of this November’s midterm elections, according to a press release.

The organization previously announced endorsements of a wide range of candidates in favor of gun reform, including Democratic nominees in top-tier races such as Florida Rep. Val Demings, who is challenging GOP Sen. Marco Rubio, Pennsylvania Lt. Gov. John Fetterman, who is his party’s pick to succeed retiring GOP Sen. Pat Toomey, and Sen. Raphael Warnock (D-GA), who is set to face Republican Hershel Walker as he fights to hold on to his seat.

While the gun law touted by Giffords PAC, the Bipartisan Safer Communities Act, was backed by some Republicans in the House and Senate, the organization has not yet publicly indicated that it would support any GOP candidates in the midterm elections. The bill, which included provisions tightening background checks on young buyers, incentivizing states to implement red flag laws, and closing the so-called “boyfriend loophole” to restrict access to guns by individuals convicted of domestic violence, was supported by several prominent Republicans, including Senate Minority Leader Mitch McConnell (R-KY) and Sen. Lindsey Graham (R-SC), but was rejected as an infringement of the Second Amendment by a majority of the party’s lawmakers.

Giffords PAC was co-founded by former Rep. Giffords (D-AZ), who was elected in 2006 and who is married to Sen. Mark Kelly (D-AZ). Giffords resigned from Congress in 2012 after being shot in the head by a would-be assassin during a constituent meeting. Giffords said in a statement on Wednesday that the investment was aimed at “giving more gun violence prevention advocates a seat at the table in city commission meetings, state legislatures, and the halls of Congress.”

The organization’s announcement comes as many Democrats renew calls for stricter gun laws, urging reforms that go beyond those enacted under the bipartisan bill in the wake of Monday’s mass shooting at a Fourth of July parade in Highland Park, Illinois. That shooting left seven people dead and dozens more wounded after a gunman targeted parade attendees from a nearby rooftop.