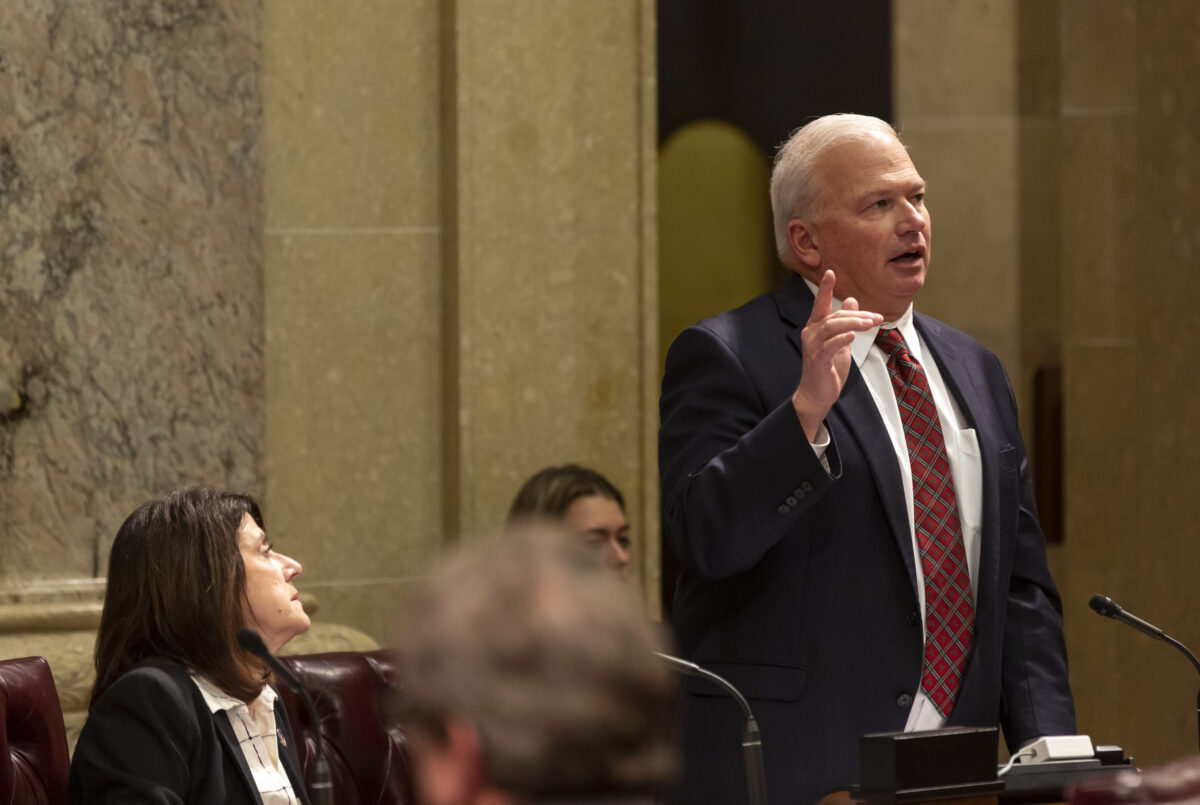 A recently introduced bill by a House Republican seeks to protect community banks from a harmful provision in the 2010 Dodd-Frank Act.

The Making the CFPB Accountable to Small Business Act seeks to repeal Section 1071 of the Dodd-Frank Act that requires lenders to collect and report 12 data points when processing credit applications from small businesses, women-owned businesses, and minority-owned businesses, according to a July 20 press release by Rep. Scott Fitzgerald (R-Wis.) who introduced the bill.

In September 2021, the Consumer Financial Protection Bureau (CFPB) proposed a rule implementing Section 1071 which it claimed will help the government understand the barriers holding small businesses back from further prosperity.

However, Fitzgerald criticized the CFPB for abusing its authority and pushing forward a political agenda that harms small businesses.

Speaking to Fox News, Fitzgerald revealed that local and small financial institutions have informed him that they are worried about the rule.

“It’s over-regulating financial institutions, and that’s why they’re so concerned,” he said. “This rule would basically force community banks and credit unions to collect and report data a lot of people would consider somewhat sensitive.”

One of the statutory purposes of the collected data is to ensure fair lending practices are followed.

But since every small-business borrower and loan is unique, it becomes almost impossible to compare the terms of these loans to determine whether lending practices are fair, according to the press release.

The fear of violating fair lending requirements can force banks to provide only homogenized loans, preventing loan customizations according to customer needs.

The Biden administration’s “woke agenda has come for community banks and credit unions,” Fitzgerald said, while blaming the government for over-regulating the banking industry “in the name of equity.” This is squeezing community lenders who are not in a position to bear the financial costs involved with compliance, he warned.

The proposed legislation seeks to make CFPB presume that there is a need for “size and sophistication-based tailoring of regulations” during panel reviews under the Small Business Regulatory Enforcement Fairness Act (SBREFA). SBREFA, enacted in 1996, was designed to assist small businesses in understanding and complying with regulations as well as give them more voice during the development of new regulations.

In an interview with Fox News, a spokesperson from CFPB said that the small-business lending rule is “not a discretionary rule-making.” The agency is under a “congressional mandate” to impose Section 1071, the implementation of which is subject to court provision. It hopes to finalize the rule by March 2023.

At present, the CFPB is yet to implement the rule and is reviewing comments submitted by stakeholders. A bank in Minnesota, ONB Bank, issued a comment in November that community banks are being “squeezed out of the market.” The United States is losing two banks every three days, forcing individuals and businesses to rely more on the big banks for funding.

“This continual addition of regulatory burden on community banks without corresponding reductions to offset will accelerate the pace of bank consolidation, which hurts consumers—the very people you are trying to protect,” said ONB Bank, according to Fox News.