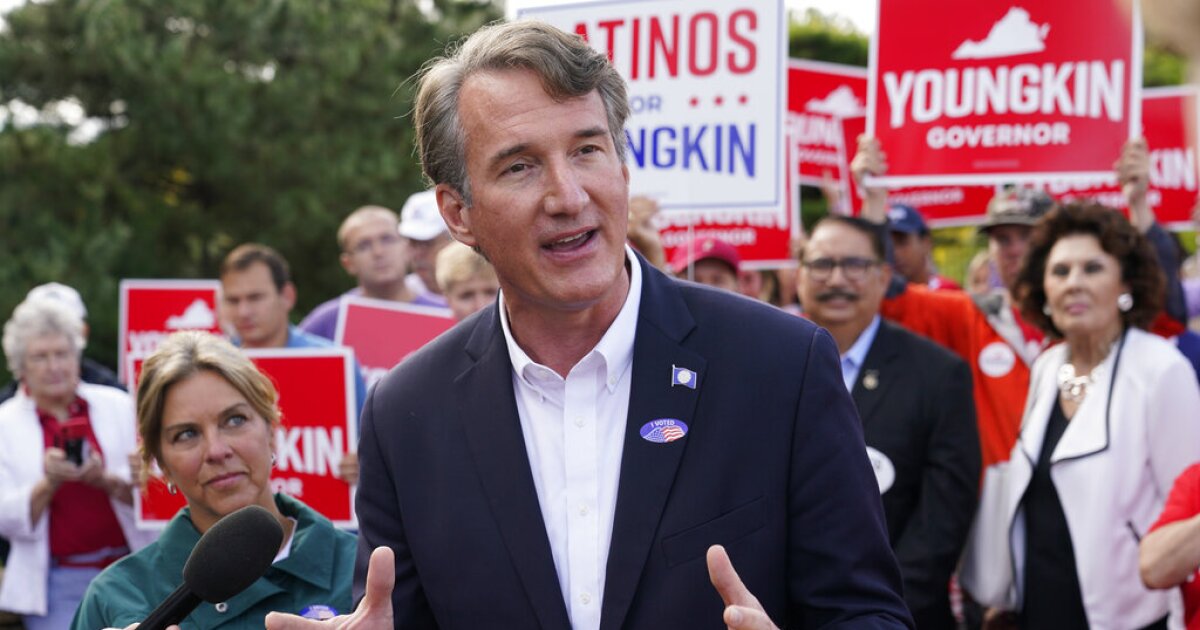 Some Republicans are betting the party can capitalize on the backlash to the Left’s most controversial positions by leaning into the culture wars ahead of the midterm elections.

A new nonprofit group Citizens for Sanity plans to pour millions of dollars into ads taking aim at the cultural and political pieties of liberals, including transgender rights and certain criminal justice reforms.

And some GOP candidates are embracing the anti-woke message on the campaign trail as they seek to paint Democrats as out of step with everyday people.

“Our mission is laser-focused on highlighting the far-left, woke policies that are anathema to common sense and critical thinking in this country,” Ian Prior, a Republican operative who is serving as a consultant to Citizens for Sanity, told the Washington Examiner. “Millions of people in America, liberal and conservative, see the destructiveness of this agenda and these policies. This fight is not about liberal or conservative, it’s about standing with all commonsense Americans to bring reason back to our country.”

The group’s first major campaign is running a commercial that ridicules the idea of biological men competing in women’s sports. The spot features a transgender athlete dominating a girls track meet, after which the female competitors and their parents in the audience react with disappointment that no one else had a chance at victory.

Prior said the ad would hit the airwaves in Texas, Arizona, New Mexico, and Colorado.

Democrats are increasingly aware of the danger some of the Left’s worst impulses pose to their success.

James Carville, a longtime Democratic operative, made waves last year when he scolded fellow Democrats for engaging in “wokeness” that sounded to the average voter like “faculty lounge politics,” invoking the image of elite professors debating esoteric topics in a university setting.

Hillary Clinton echoed that sentiment in June, suggesting Democrats should focus on winning elections and dispense with “whatever does not help you win,” including activist liberal causes, which she said “should not be a priority” with congressional majorities at stake.

Democrats abandoned in droves one of their most polarizing recent stands; all but the most liberal congressional Democrats have distanced themselves from the “defund the police” movement of 2020 after it proved spectacularly unpopular amid a crime wave.

Republicans have already demonstrated that the culture war crusades, when executed correctly, can pay off.

Republican Gov. Glenn Youngkin won an upset victory last year in Virginia by focusing the race on what liberal school officials wanted to teach in the classroom, as well as the push by his Democratic predecessor to continue COVID-19 protocols such as masking in schools.

In Arizona, it remains to be seen whether fiery GOP candidate Blake Masters can flip a blue Senate seat in November on a platform that rejects the Left’s identity politics.

“Most people aren’t obsessed with race,” he told a podcast host at the time.

Republican candidates are using the message in efforts to flip Democratic House seats as well.

In Georgia’s 6th Congressional District, which is currently represented by Democratic Rep. Lucy McBath, GOP candidate Rich McCormick, a Marine veteran, has spoken out repeatedly about liberal ideology seeping into the military.

“They are emasculating our military. We need to win back the military. Bring up warriors to bring death down range,” McCormick said recently.

“The CRT that I was raised on is the Combat Readiness Test, and that’s the only CRT we should teach,” he added, referring to critical race theory.

But not every Republican thinks the anti-woke message is one the party can ride to victory.

Some believe GOP candidates should keep the focus on Biden’s failures and the economic turmoil he’s overseen.

“This November will be all about the economy and bread-and-butter issues that affect every American — the price of gas, bread, and milk,” Brad Blakeman, a Republican strategist and former senior aide to President George W. Bush, told the Washington Examiner. “A vast majority of Americans believe our country is on the wrong track, and they are fearful for their future. They also have a low opinion of the president’s job approval. The midterms will not be decided on collateral issues of wokeness.”

Prior argued the battles conservatives should be waging on social issues are different from years past because the Left’s approach has changed.

“A few years ago, we didn’t see people gleefully glorifying surgically removing and transforming the genitals of teenagers. We didn’t have school systems and corporations openly making employment decisions that were based solely on whether someone was of a certain racial group,” Prior said. “Not only are these ideas dangerous to a functioning society, but these ideas have infected our federal, local, and state governments through policy decisions. If we don’t stand up against this now, this nation will never recover.”