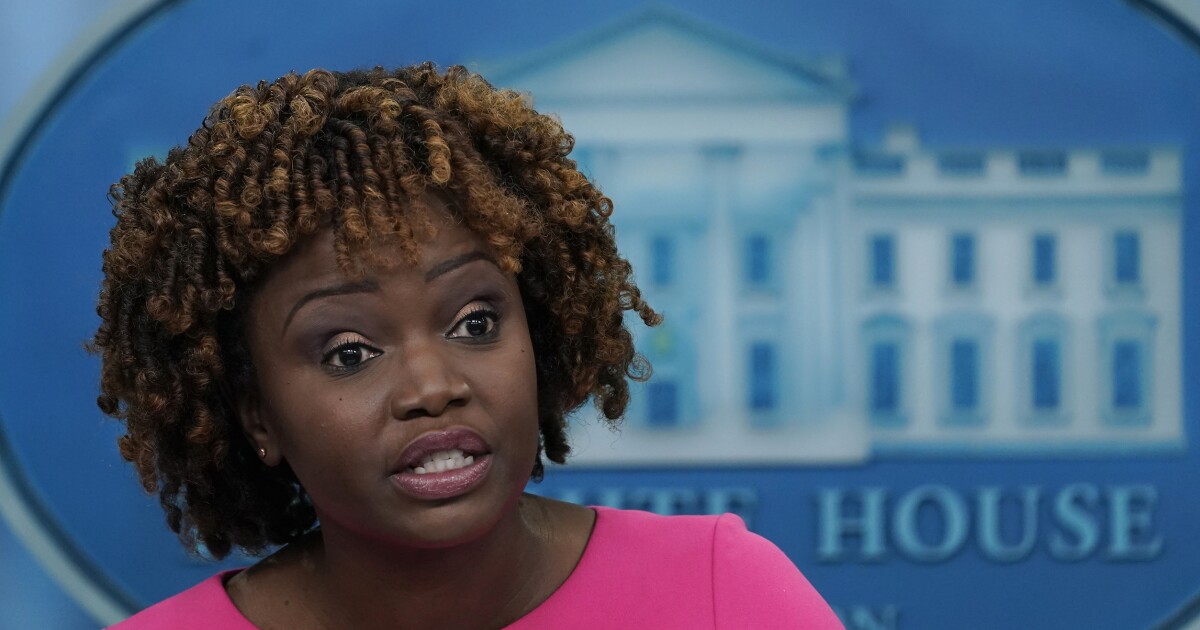 Republicans plan to make the economy worse, not better, if they take control of Congress following the midterm elections, the White House said Thursday.

When asked if Biden would simply veto any economic bills Republicans pass in Congress, Jean-Pierre laid out the threat she says the party poses.

“You’ve heard the president talk about student loans, economic recovery, you’ve heard him talk about abortion rights, all of the things that he believes matter, issues that impact the American people,” she said. “At the same time, he wants to also lay out what congressional Republicans are saying they’re going to do. That matters.”

Democratic strategists have urged Biden to focus more strongly on the economy as midterm campaigning winds down, and Jean-Pierre’s statement indicates the White House has gotten the message.

“[Republicans] are saying they want to put Medicare and Social Security on the chopping block,” she said. “Those are two things that are incredibly popular to the American people.”

The press secretary added that GOPers want to repeal the Inflation Reduction Act, which gives the government the power to negotiate prescription drug prices with pharmaceutical companies. It all adds up, she said, to an economy that would get weaker if Republicans take control.

“They’ve also said that if they don’t get Medicare and Social Security on the chopping block that they will hold our debt hostage, which would spiral the economy into a downward turn,” Jean-Pierre said. “That is the plan of the congressional Republicans. It’s to make the economy worse, not better.”