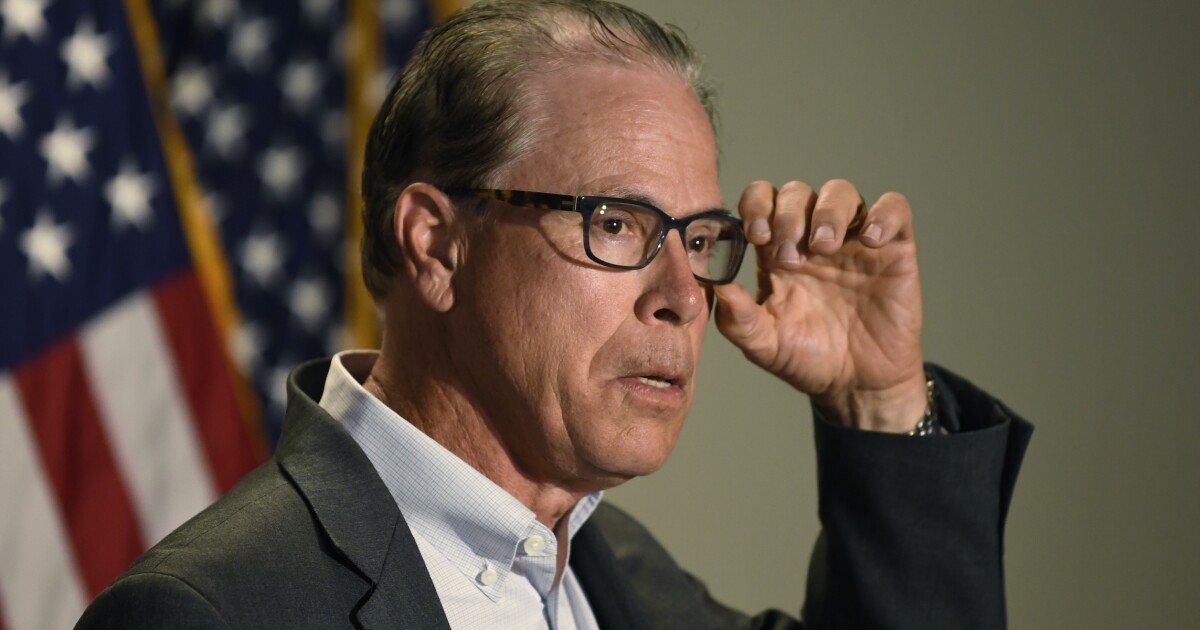 A group of Republican senators is sounding the alarm about provisions in legislation aimed at boosting U.S. economic competitiveness against China, arguing that language in the Senate version of the bill could be counterproductive to that goal.

In a letter sent to Senate conferees on Tuesday, Sens. Mike Braun (IN), Kevin Cramer (ND), Marco Rubio (FL), Rick Scott (FL), and Dan Sullivan (AK) argued that China’s push to overtake the United States as the world’s largest economy is “the single most important geo-political issue” and asserted that the country cannot afford to get it wrong. The group pointed to language they feel would limit current resources that were used by the previous administration to fight back against the Chinese Communist Party’s attempts to undermine the U.S. economy.

“We remain deeply concerned that several provisions germane to the conference would substantially weaken the ability of the United States to combat malicious Chinese economic influence. We write to note this concern with a conferenced agreement that weakens American economic position with respect to China and does not provide new enforcement tools to improve that position,” they wrote.

“Most critically, Section 73001 of the Senate-passed United States Innovation and Competition Act amends the Trade Act of 1974 to create a rigid exclusion process under Section 301 which we fear would eliminate it as a tool to combat unfair and malicious Chinese trade practices. As you know, President Trump relied on Section 301 to exert economic pressure on the Chinese Communist Party,” they continued.

“His actions followed an eight-month investigation by the Office of the U.S. Trade Representative (USTR), which determined that the CCP has been engaging in certain economic practices to the detriment of the United States,” the senators added. “The president imposed tariffs following the investigation to exert economic pressure on the CCP.”

The lawmakers alleged that the change “would neuter” the authority of the Office of the U.S. Trade Representative, which has advocated against the language, to implement “an effective strategy” by placing additional red tape before a president could impose duties in response to intellectual property theft — a move they argue works to the advantage of special interest groups.

“The provision requires USTR to conduct a detailed analysis of each exclusion request and, for exclusions that it intends to deny, requires USTR to demonstrate both that the tariffs do not impact the internal finances of a business unit, and do not create an anticompetitive market structure. This burden is nearly impossible for USTR to meet,” they continued.

“Any request for which USTR cannot analyze in 90-days, or provide for a 120-day extension, would be automatically granted. This provision would be a boon to Washington lobbyists and special interests who could nearly guarantee an exclusion for any client by so overwhelming USTR with exclusion requests that it would be impossible for the agency to conduct a thorough review within the 90-day statutory window.”

In addition to concerns about its language on trade, the group took issue with a section of the bill calling for an investigative unit to be established to look into allegations of forced labor, arguing that it could interfere with enforcing current policy banning companies from profiting off the Uyghur Muslims’ forced labor.

The group also called for conferees to rethink its language pushing for an inspector general within USTR, arguing it could slow the agency’s ability to take swift action against adversarial behavior and would be redundant since it already falls within the purview of the Government Accountability Office.

The House and Senate passed their respective versions of the United States Innovation and Competition Act this Congress, with the conference committee currently looking to strike a deal on a bill that can pass both chambers.

“In order to best represent American workers from the dire economic threat of malicious CCP influence, we respectfully request you support these recommended changes in the conferenced bill,” the senators concluded.

Senate Majority Leader Chuck Schumer (D-NY) has voiced that he would like to see negotiators reach a deal by mid-July.