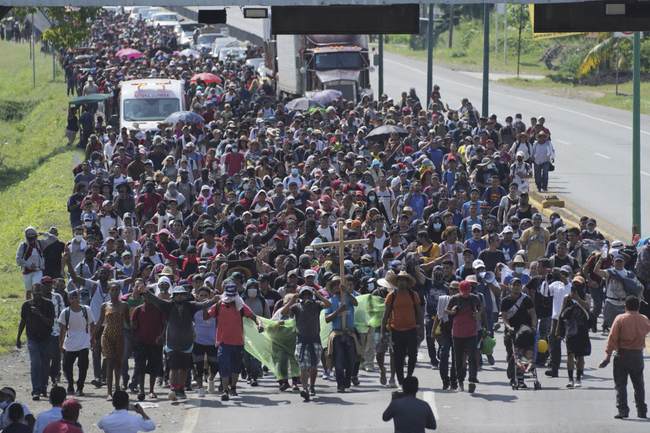 We have written extensively about the detachment from reality Democrats often exhibit on the issues. It was explicit during the 2022 midterms. The top three issues giving liberals the most grief this past cycle were abortion, global warming, and January 6. That development was a classic “tell me you don’t need to work anymore without saying so” moment. It’s no secret that the Democratic Party base is an urban-professional elite wealthy enough to absorb the rising inflation crushing most American families. Yet, the GOP establishment has proven to be just as isolated as some Senate Republicans are working with Democrats to pass an immigration reform package that is outright abysmal.

How this agreement got hatched defies logic. The GOP failed miserably to retake Congress, falling short of reclaiming the Senate and barely clinging onto the House in what should have been a red wave year. If Republicans had clinched sizable majorities, there might have been more leeway to draft something like this, albeit on more hardline terms regarding immigration. Instead, we might as well declare we’re an open borders party with this deal that was the brainchild of Sens. Thom Tillis (R-NC) and Kyrsten Sinema (D-AZ).

Is there funding for a border wall? No, but more resources are allocated to border patrol agents, an extension of Title 42, and an accelerated process to deport illegals who do not meet the benchmarks for asylum. Still, it’s all worthless when you factor in that it allows two million recipients of Obama’s Deferred Action for Childhood Arrivals program to get on a pathway to citizenship. The kicker here is that once those two million are through the process, they can sponsor extended family members—that’s the “fine print” portion of that provision, so the two million figure soars into the millions. It’s a backdoor open borders bill, which is how the conservative base will read this, endorsed by both parties.

It’s almost as if Mr. Tillis and other Republicans on the Hill who might be tempted to support this atrocity were asleep during the 2016 election, where Donald Trump catapulted to the top of the Republican candidate field by talking about—you guessed it—curbing illegal immigration. For years, the base has consistently opposed catch-and-release programs and supported the border wall and any other policy that impedes the flow of illegals flooding the border.

Despite the populist moment reaching its height with Trump’s election, two parties still see the benefits of illegal immigration. It’s a broad stroke here, but Democrats see unlawful immigration as diversifying the country, erasing the nation’s supposed racist roots and white supremacy. Business-centered Republicans see an endless pool of cheap labor. Four years of Trump wasn’t going to wash away the sludge the swamp has generated for decades.

The real question is, who on the GOP side will back immigration legislation like this that opens the door to millions of illegals getting amnesty? If there ever were a bill that could generate scores of primary challenges, this would be it. Also, as the Washington Post noted, did it ever occur to these Republicans that any immigration deal passed along these lines would be considered a win for Joe Biden?

With a divided Congress, stick to the script: pass the no-brainer bills, like defense reauthorization, but foment gridlock whenever possible. Now is not the time for grand bargains with Democrats on one of the most hotly contested issues, which the media primed to give a dementia-ridden president all the credit. What’s to gain here other than generating heartburn for millions of GOP voters? It’s also something that Democrats know could happen, so ulterior agendas abound everywhere with this legislation, where the GOP seems poised to be suckered into another trap.

Editor’s Note: Help us make sure the RINO traitors don’t cave to the open border Democrats.

Join Townhall VIP and use the promo code BORDERCRISIS to get 25% off a VIP membership!